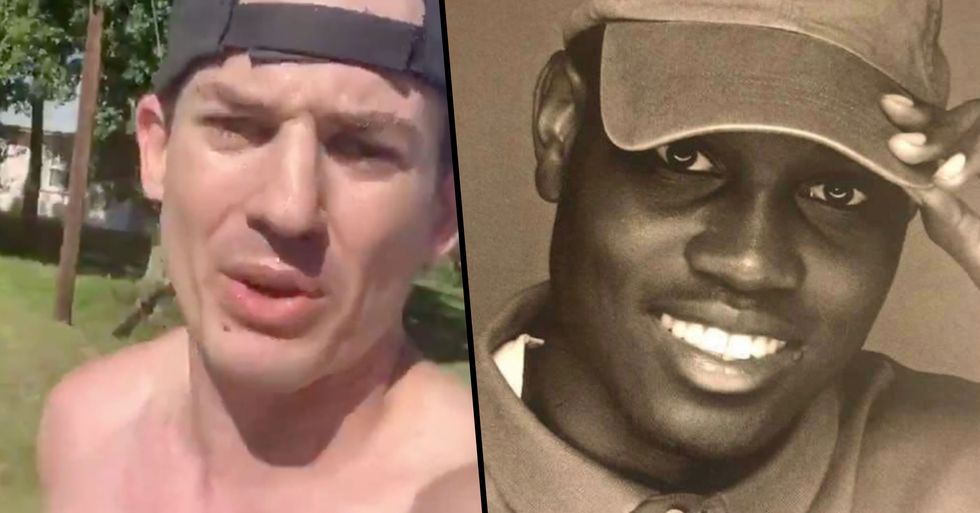 After the brutal murder of Ahmaud Arbery, a white man recently conducted a social experiment that proved what most of us knew all along: race is an important factor in our society.

Recently, a white man decided to show us that race is an important factor in our minds.

His social experiment came about after the brutal murder of a black man who was just jogging through the park when he was slaughtered by two white men. Read on for the full story.

Cellphone footage showing the moment he was shot has prompted national outrage since it surfaced online this week...

Once again, this incident occurred in February. It is now May.

A literal murder took place and the criminals were still allowed out on the streets for months before they were arrested.

And all because the video circulated on social media...

So without the video, no arrests would have ever been made.

Is this the kind of society we live in?

Marcus Arbery said his son, who was an aspiring boxer was athletic and known for taking daily jogs around the neighborhood.

Gregory McMichael, 64, and his son, Travis McMichael, 34, were arrested just a few days ago for his murder.

But those claims are made with no evidence at the time.

As if these two men were allowed to be the judge, jury and punisher when there's a system in place. Why weren't the police alerted? Why didn't you just stop and ask him some questions? Why was shooting him point-blank the only answer?

The shooter claimed his son got out of the truck holding a shotgun and was attacked by Arbery, as per the police report obtained by ABC News.

And before you get it twisted, no weapons were found on him, according to the police report.

Arbery would have turned twenty-six on Friday.

In honor of his birthday, social media users have set a new challenge.

All across Twitter and Instagram, the hashtag #RunWithMaud has been trending so that people could run 2.3 miles and share it with others who have also done the same.

But one man decided to use his post to create some awareness...

Richard Demsick, also known by his Tik Tok handle @jestertotheking, decided he was going to run 2.3 miles but with a "stolen" TV in his hands to see if anyone stops him or even asks about what he is doing.

In the video he says:

"Alright, I figured it out. I've got my hat on backwards, I'm shirtless like I'm on some episode of Cops and I'm running with a TV..."

"Someone's gonna stop me now for sure," he says. "Because if not, then what was the problem with Ahmaud?"

The video has since racked up over 20,000 views on Instagram.

Apparently, people waved at him and said "hi" to him, but not even one person questioned why he had a TV in his hands... Even when he got home and asked his mother if she was afraid of letting him do this social experiment, just in case things went wrong, she said "no" because a man like him - hinting to the fact that he was white - would never be treated in the barbaric way Ahmaud was.

What do you think? If you're in the mood to read some more exciting news that has recently brought some happiness to the black community, then keep scrolling...