A Woman Made Prince Harry and Meghan Markle Dolls, but They're Hilariously Unrecognizable | 22 Words 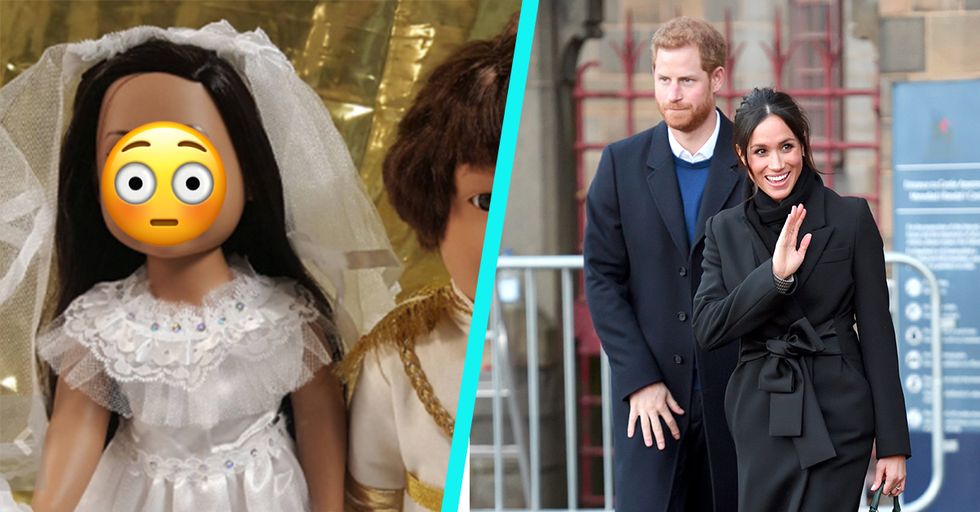 A Woman Made Prince Harry and Meghan Markle Dolls, but They're Hilariously Unrecognizable

The Royal Wedding is just a few months away, and what better way to celebrate Prince Harry and Meghan Markle's upcoming nuptials than with some dolls dressed up to look like them?

That's presumably what one crafter from New Jersey was thinking when they decided to create dolls versions of the happy couple. There was just one problem...

Most of us have been kind of low-key obsessed with Meghan Markle and Prince Harry since they announced their engagement near the end of last year.

In just a few short months, Meghan Markle's life will change forever — and so will Prince Harry's, of course. The Etsy seller HistoryWearz decided to mark the occasion by creating dolls in Harry and Markle's likeness.

OK...sure. There's some resemblance there. Now let me see that Prince Harry Doll!

Uhhhhhhh. Wait. This is the Prince Harry doll?
At this point, I'm going to just have to go ahead and ask the question Has the person behind HistoryWearz ever seen a picture of Prince Harry ever in their life?

Just as a refresher, this is what Prince Harry actually looks like:

Red hair. Blue eyes. Two things which that doll does not have. Let's see a pic of the two dolls together...

Hm. Well, I don't mean to speak out of turn or anything, but I think I can sum up what we're all feeling here: Yikes.

I admire HistoryWearz's attempts at recreation, but I'm gonna have to go ahead and call this one a complete and total failure. That being said, at this very moment, 4 people have these dolls in their Etsy carts, so maybe I'm the one who's wrong. (I just looked at the picture of the dolls again. I am not wrong.)

Oh, and these dolls do not come cheap. They cost $175.00. This Twitter user was able to find a silver lining to the price, though:

Yep! For a mere $175 dollars, you can bring these dolls which are almost assuredly haunted into your home. Where you live. For now.

If that Prince Harry doll is not actually Prince Harry (and I cannot overstate enough that it is definitely not), then just who is that...er...handsome(?) chap?

I can definitely see the Paul McCartney resemblance (although I'm picking up a slightly stronger Ringo vibe). He also looks amazingly similar to the doll modeling Hamilton-inspired clothes by the exact same seller. I smell a conspiracy here.

Yep. That pretty much sums it up. Anyway, I'm off to go have some of those free nightmares!