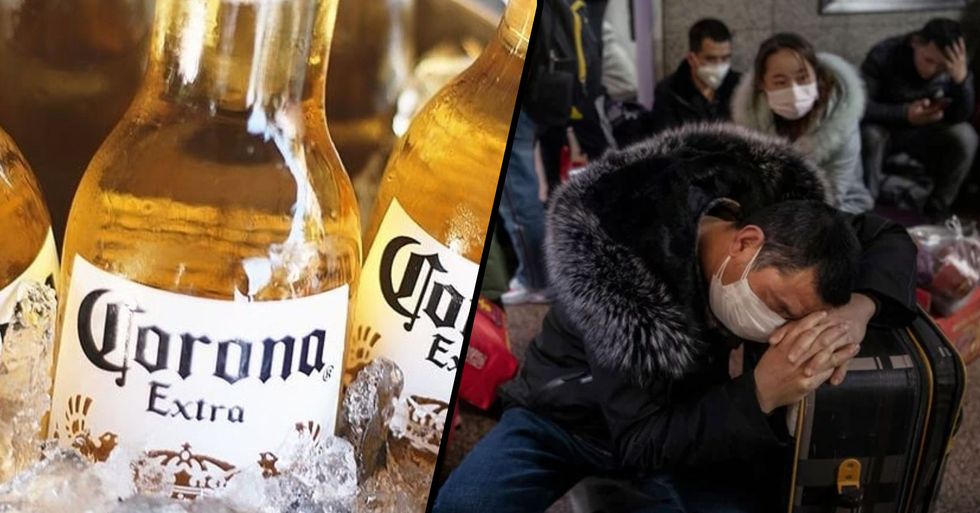 Amongst the global panic, people have been trying to figure out exactly where the virus has come from.

There have been many suggestions, but the most recent is perhaps the most hilarious.

It has been confirmed that 132 people in China have sadly died after contracting the virus, and close to 6,000 people have been infected - and this is now global.

And let's face it, the virus has more than likely come from a wild animal as that's where a lot of diseases come from.

But a lot of people have all had the same theory about where the virus has come from...

And the Google search engine has suggested we share our planet with way too many confused people.

Many people believe the virus has been caused by Corona beer.

For those who aren't aware, Corona is a very popular lager produced in Mexico that is drank worldwide.

The top 5 Google searches for coronavirus consisted of...

How it is spread, how to prevent it, how it is caused... and if it is called "corona beer virus."

The name does ring a few bells...

BoingBoing discovered that in the past few days, there has been a spike in searches for "corona beer virus," because apparently people are under the impression that coronavirus has something to do with Corona beer.

These bizarre searches have mostly come from North America and Western Europe...

And they have cropped up in Australia, India, Japan, Indonesia, and New Zealand.

So just to clarify...

The coronavirus and Corona beer are not related... at all. The only thing they unfortunately share is their name, which is completely irrelevant.

And Chinese officials have warned that the strains can be spread by coughing, kissing or making contact with saliva. Keep tuned for further updates on this global crisis.