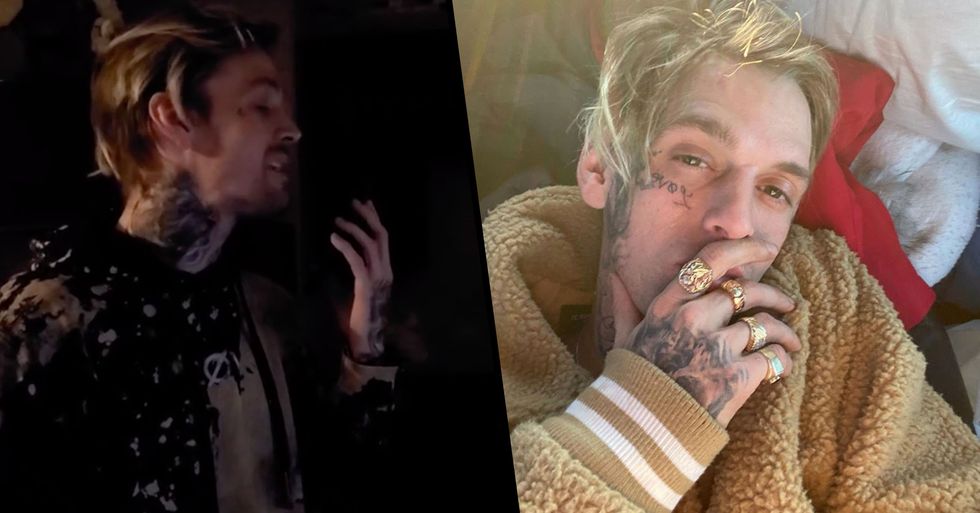 The past few weeks have been a rollercoaster for American singer, Aaron Carter, and now things are even worse.

After being admitted to hospital, having a restraining order held against him by his own brother and his increasingly alarming behavior, Carter has now been accused of racism.

TMZ released a video wherein Aaron made a concerning revelation...

Apparently, the man had been committing fraud, while also exploiting boys on the side. In what has been described as a "Ponzi scheme," it became obvious from the incredible amount of evidence that Pearlman had been engaging in illegal fraudulent activity.

He also stated that he had not seen his brother for over 4 years.

The rest of his family have also expressed that they are now concerned about Aaron's "manic behavior" and his obsession with his new gun collection has them worried that he might be capable of doing something extremely dangerous.

All-in-all, Carter has had a crazy few months.

After going through all of the above, we hope that Carter can get better and see himself back on the straight and narrow in the near future.

But, of course, this isn't the case.

Carter has made headlines yet again, but this time it's about alleged racism.

Carter shared an Instagram video on Monday that shows him ordering Chinese food over the phone, while imitating a Chinese accent.

He also captioned the share, “When your friends can't order Chinese food chicken in NYC AND you have to SHOW THEM YOU'RE cultural status #satire."

If the hashtag was intended to prevent backlash...

People were not impressed.

"Aaron Carter, you need serious help," one Instagram user wrote, while another said, "Just soiled what was left of his non-existent career."

He has been branded as a racist and a fool...

"That's not even any language, you're mocking his accent you racist fool!" another user wrote.

But despite the anger...

Carter still hasn't removed the video, showing he simply doesn't care about the fact he has offended an entire culture.

It seems that Carter is nowhere near this road to recovery...

And we truly hope that he sees sense very soon.
40%