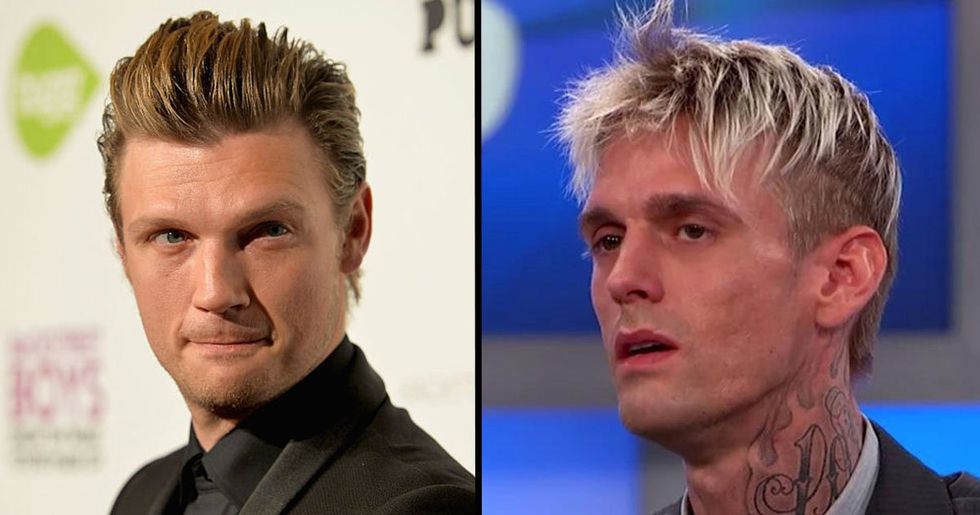 After hearing that Aaron Carter was given a license to carry around a gun, we were all very concerned.

While I understand that the constitution allows one to carry a gun for self-defense purposes, it is completely absurd to hand a weapon over to someone with serious mental health issues, and we know that the background checks aren't as accurate as they should be because Aaron "passed with flying colors."

But now, his own brother has decided to issue a restraining order against him because of his "violent threats."

Keep reading for the rollercoaster of a story...

We can only hope that he finds it within himself to get the help he needs.

Or at least hang up the gun collection. Watch his latest post showing him sporting an NSYNC T-shirt just to spite Backstreet Boys fans... Double yikes.