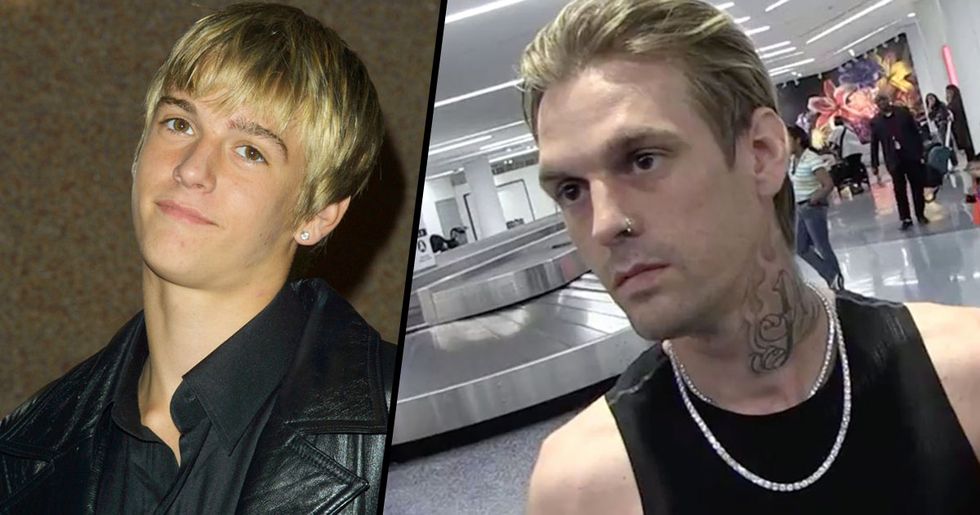 In a society wherein gun violence is already a major issue, it's quite frightening to hear someone claim that they need one. Especially someone that has been through a lot of traumatic things in life.

While I understand that the constitution allows one to carry a gun for self-defense purposes, it is completely absurd to demand a gun without the necessary background checks. And we know that the checks aren't as accurate as they should be.

This week, Aaron Carter has managed to tackle two aspects of society head-on: mental health and guns. He claims that he's "fine" and would like it if he could have an assault rifle in his possession.

Keep reading for the full story.

However, this piece isn't about a collaboration between the brothers or anything cool like that...

Sorry to all the fans out there that thought they were getting a new album or something - this is nothing of the sort.

The singer revealed that he got his hands on a license that permits him to own a gun, despite having some serious mental health problems. Keep scrolling for the full-length video.

Thankfully, Carter didn't have to live in the shadow of his more-famous brother. His first self-titled album achieved a gold status in many European countries including Spain and Germany.

And these obsessions were more serious than people initially thought.

But, with more victims and even parents coming forward with complaints, he was surely going to get caught out at any moment.

At one point, Justin Timberlake's parents were furious with him, claiming that they "could kill him" for his poor treatment of NSYNC. So if he wasn't paying his acts, what was he doing with all that money?

He picked his victims carefully...

Pearlman borrowed enough to total up to 315 million dollars, and most of this money came from retired Florida natives. Many banks were also on the hunt for him because, apparently, he had borrowed over 100 million dollars from them, too!

The man died of a cardiac arrest, but still continued to deny the allegations that were stacking up against him.

However, his erratic behavior said otherwise.

At one point, Aaron was arrested for a DUI and then the news broke that he has a condition that makes eating uncomfortable for him.

So now that he's saying that he has a license to own a gun, people are even more concerned.

The singer expressed that he specifically needs the assault rifle to keep himself "safe."

Police have made several wellbeing checks to his home recently...

Yet he claims that he had passed the background checks with flying colors. Strange.

This topic has raised many questions.

And rightfully so! A person with multiple mental health problems passed a background check for a gun license??? Some things aren't adding up. Either he paid someone off or he doesn't have one yet, but is on the hunt.

Oh yeah, in the case of the multiple shootings that have recently occurred in the states. The El Paso shooter apparently had mental health problems. The shooter's mother called the police before the shooting took place, expressing that she believed that her son should not be in possession of a gun. And, apparently, he passed the background check with flying colors, too... Although Trump doesn't seem to blame the system, instead, naturally, he blamed mental health issues themselves and video games...