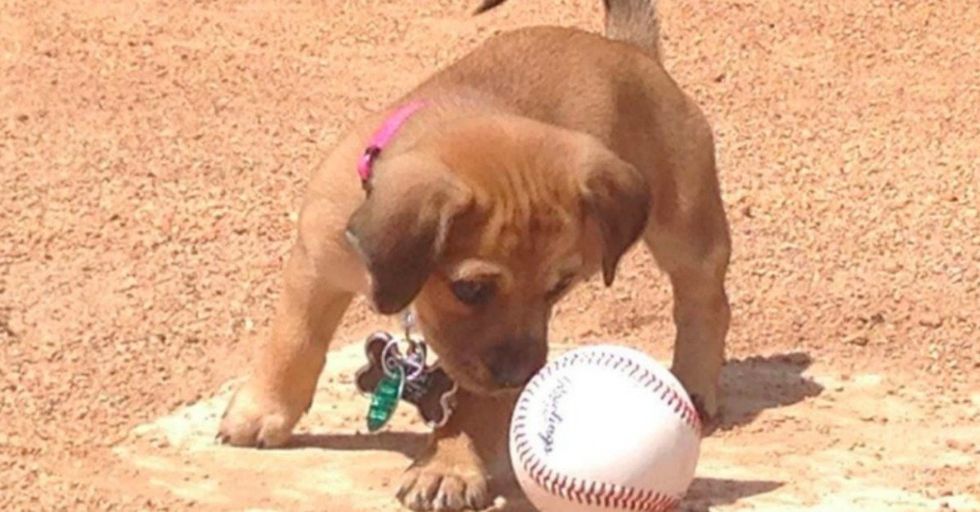 The Savannah Bananas, an amateur baseball team in Savannah, Georgia, should win some sort of award for the awesomest name — and also the best mascots.

Along with Split, the team's official mascot, they recently added a new member to the team that they weren't planning on including.

A ticket salesperson at the Grayson Stadium found a 7-week-old puppy with no tags, collar, or microchip crying alone in the parking lot because some heartless human simply dropped it off.

Luckily the the team president, Jared Orton, and his wife, were looking to expand the roster and quickly adopted the pup.

They named her Daisy and said she will will work alongside the rest of the Bananas as its first “bat dog."

“It was just meant to be that we’d have a team dog as part of our staff," Orton said. “We took Daisy to the vet and aside from being hungry and dehydrated, she was in pretty good health."

As bat dog, Daisy comes in to the office every day to help ship out Bananas merchandise and greet visitors, and will undergo training to learn how to fetch baseballs and pick up bats from the field.

Orton said they still don’t really know how big she’s going to get, and that in the next year or so they’ll have an idea of her size and what she can do. For now, she's settling comfortably into her customer service role. “She also certainly wants to put on a show," said Orton. “So I think it’s perfect."