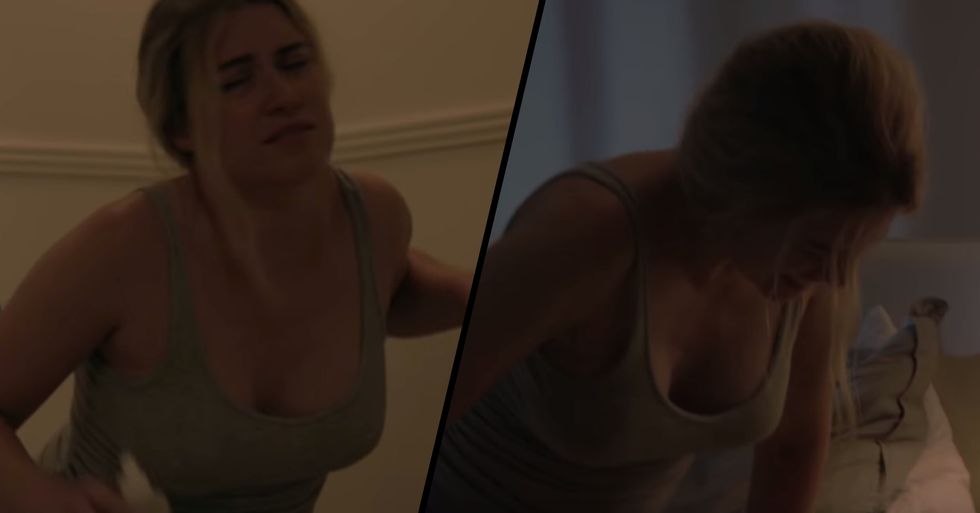 ABC Rejected Ad From the Oscars Broadcast for Being 'Too Graphic'

Last night was the evening that we have all been waiting for... The Oscars. The whole world has been waiting in anticipation for the evening, where winners of some of the most coveted awards were announced from an all-star shortlist.

But there's one element of the evening that stirred up a lot of controversy online, with many declaring how "disappointed" they were in the Oscars.

While many winners used the evening as a platform to speak up about social issues...

A commercial shedding light on the struggle many mothers face was rejected by ABC from the Oscars broadcast.

The commercial in question was from Frida Mom, a brand that sells a variety of postpartum products.

The ad tells the story of a new mom as she adjusts to the huge physical changes her body had undergone following childbirth.

But ABC rejected broadcasting the ad for being "too graphic."

The commercial highlighted the reality of postpartum bodies - with the mom looking visibly uncomfortable as she can be seen struggling to use the bathroom, and wearing mesh underwear while her baby is heard crying in the background.

For many women, the scenes played out in the ad will hit close to home.

But it seems that failing to shy away from the often painful reality of the first days of parenthood was clearly too much for ABC.

And the response has been huge. At the time of writing, the clip has over 1 million views. Keep scrolling to watch...

The brand expressed their confusion at having their ad rejected.

"The ad you’re about to watch was rejected by ABC & the Oscars from airing during this year’s award show. It’s not ‘violent, political’ or sexual in nature. Our ad is not ‘religious or lewd’ and does not portray ‘guns or ammunition’." “Feminine hygiene & hemorrhoid relief" are also banned subjects."

"It’s just a new mom, home with her baby and her new body for the first time. Yet it was rejected."

The comments were instantly flooded with viewers declaring their "disappointment" in ABC and The Oscars.

"So disappointed in the Oscars. This is real life! Cheers to FridaMom for always being at the forefront of making postpartum life a little easier for us moms!" wrote one user.

Nobody can figure out why this ad had been banned in the first place.

The fact that @ABCNetwork banned this ad is truly absurd. Society relies on us to bring children into the world and… https://t.co/kTh3f3nLk2
— meika hollender (@meika hollender)1581039827.0

"Crying here at 4 months postpartum watching this. Don't see anything wrong with the very real ad," wrote one viewer.

Watch the commercial below:

It's a shame that a ceremony known for being a platform for change and opening up all-important conversations have shut down this ad. Want more news on the Oscars? Keep scrolling to find out more about the "secret message" hidden in Natalie Portman's dress...