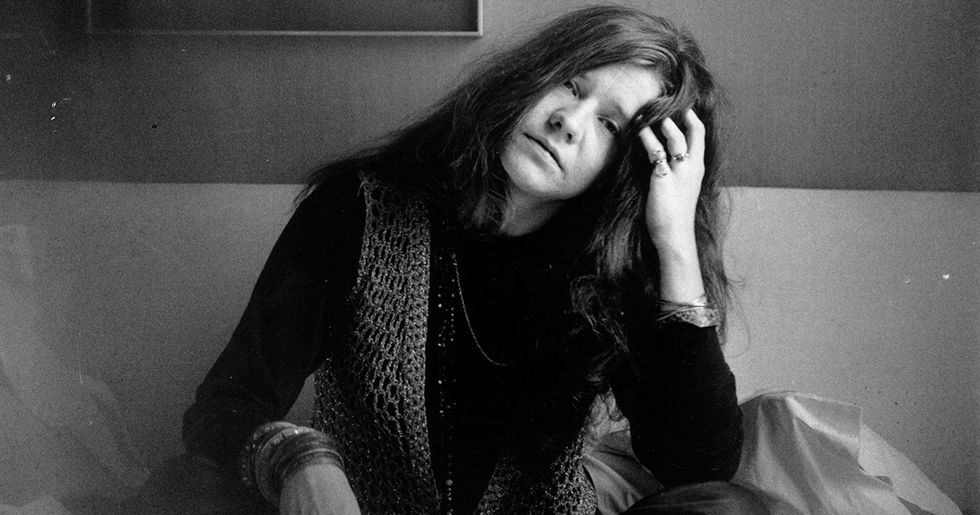 These 30 Celebrity Wills Are Absolutely Insane

The proceedings for a last will and testament are usually simple. Most people divvy up their estates between family and friends and call it a day.

Sometimes, however, a will won’t be so straightforward. These 30 famous individuals made it very clear what they wanted in their wills, and you won’t believe their requests!

Maybe posthumously inventing an alphabet or scattering your ashes in outer space aren’t things you’ve ever considered, but these folks did!

Check out the strange and fascinating ideas people have included in their wills.

William Shakespeare left an odd gift to his wife.

The bard requested that his wife receive his second-best bed. Why not his best bed? It’s not like he was using it anymore.

According to Dickens’ will, no mourners attending his services were allowed to be sporting scarves, cloaks, black bows, long hatbands or any other “revolting absurdity."

Harry Houdini became interested in spiritualism and the afterlife.

The magician and escape artist left his wife a secret code, which he’d use to contact her from the afterlife. She held séances every year on the date of his death (Halloween) but was never successful.

Well, we all knew Napoleon had a complex named after him.

Napoleon Bonaparte requested that after death, his head should be shaved and his hair divided among friends. Keep reading for some grandiose will and testaments, including Star Trek's creator and his final mission of exploration!

Star Trek creator Gene Roddenberry wanted to “boldly go where no man has gone before."

He requested that his ashes be scattered in space. This was indeed done. His ashes were successfully released via a satellite orbiting earth in 1997.

The actor didn’t want his children turning into “trust fund kids," and left everything to his girlfriend instead. He also stipulated that his son Cooper should be raised in three cities: New York, Chicago, and San Francisco.

Marilyn Monroe decided not to pass on her legacy to her family.

Instead, she left everything to Lee Strasberg, her acting coach. All of her personal effects were left in Lee’s basement until he himself died.

John B. Kelly had a little foresight with his will.

The triple Olympic gold medalist made a request of his daughter, actress (and Princess of Monaco) Grace Kelly. He asked that she "not bankrupt the Principality of Monaco with the bills about her clothing."

Farrah Fawcett’s will seemed to confirm rumors about Ryan O’Neal.

Fawcett left almost everything to her son, Redmond Fawcett O’Neal. She also left money to her father, nephew, and even her ex. Ryan O’Neal was not mentioned at all, which wouldn’t be surprising if the rumor of Ryan’s violence and manipulation were true. One rockstar's will called for a more boisterous celebration of life than a simple funeral. Find out about it on the next page!

Janis Joplin wanted a celebration for her life instead of mourning.

The musician left $2,500 to pay for an all-night party at her favorite pub after her death.

Alexander McQueen’s fortune mostly went to charity…except the portion for his dogs.

The genius fashion designer allocated almost $75,000 of his funds to care for his dogs.

And forget one dog—heiress Eleanor E. Ritchey went even further with her will!

Fred Baur, the founder of Pringles, didn’t want a coffin or urn.

Baur instead requested that his body be cremated and buried in a Pringles can. His family complied with the request. Hey, to each their own!

William Randolph Hearst used his will to dispute rumors of illegitimate children.

The magazine mogul stated in his will that anyone who could prove they were his child should be given…one dollar. Next up is hands-down one of the most morbidly fascinating (and just plain weird) will stipulations we've ever seen. Check it out on the next page!

Singer Dusty Springfield made sure her cat was taken care of.

Springfield stipulated in her will that her cat, Nicholas, would be fed imported baby food, given an indoor treehouse, and serenaded with Dusty’s old records. She also wanted to have his sleeping space lined with Dusty’s nightgown and pillow. And that he get married to a female cat belonging to one of her friends.

Tupac’s song “Black Jesus" mentioned a final wish of his.

In the song, the rapper expressed a desire for his friends to actually smoke his ashes. Believe it or not, they actually did. Several of his closest friends mixed his ashes with a joint and smoked it.

Beastie Boy Adam Yauch made sure he’d never be a sell-out.

Yauch declared in his will that nobody was allowed to use his image or music for advertising purposes.

Mickey Rooney didn’t have much money when he died.

The actor only had about $80,000 when he passed in 2014…and he left none of it to his wife and children. They tried to contest the will and eventually lost.

British lawyer Jeremy Bentham had one of the strangest wills you’ll ever hear about.

Bentham requested that his body be preserved, stuffed with hay, and put on display in the University College London. This was done, and his body is still on display—Dr. Thomas Smith, the executor of Bentham’s will, did the stuffing himself. One famous playwright invented a new alphabet when he died. Keep reading to see how he did it!

The reasoning behind John Bowman’s will was quite tragic.

Bowman’s wife and daughter died before he did. The socialite believed that once he died, the whole family could come back to life. He left behind $50,000 to employ a staff who would keep his home and cook a meal every day, in case they came back to life.

George Bernard Shaw instigated the creation of a new alphabet.

The famous author and playwright died in 1950 and left behind money to fund the development of a new alphabet. It had to be phonetic and 40 letters long. By the end of 1950, the Shaw Alphabet had been created.

Mark Gruenwald wanted to be part of the comics he loved.

The Execute Editor of Captain America and Iron Man for Marvel asked in his will for his ashes to be mixed with ink used to print comic books. His remains were mixed with the ink in a paperback compilation of Squadron Supreme.

Ed Headrick, the inventor of the Frisbee, had some interesting ideas about his product.

Headrick, who’d say that the Frisbee was “a religion," asked for his ashes to be made into a set of limited-edition Frisbee's. His request was honored after his passing.

Bechal was a British millionaire; after her death, she left almost the entirety of her £10 million fortune to her favorite Cantonese restaurant. Next up, one founding father had a strange request in his will, and the reason he wrote it is crazy!

Benjamin Franklin made a strange request of his daughter.

In his will, Franklin requested that his daughter Sarah “not engage the expensive, vain and useless pastime of wearing jewels." And, if you’re wondering why he tried to stop her from wearing jewelry, it’s because he’d also left her a portrait with a frame containing 408 diamonds. He didn’t want her to remove them. His posthumous plot didn’t work.

O’Neill is the daughter of the Countess of Kenmore. Her pet chimpanzee, Kalu, was set to inherit her entire $80 million estate when she dies.

Charles Vance Miller made his will into a strange competition.

The Canadian attorney’s will stipulated that in the decade following his death, whichever Toronto woman produced the most offspring would acquire a large sum of money from his estate. Four women (each with nine children) “won" the contest and received about $125,000 each.

Thomas Shewbridge’s will made headlines after his death.

While not particularly famous in life, the Californian rancher’s will left his two dogs 29,000 stock shares in the local electric company. This meant that his dogs were regularly present at the board of directors’ meetings.

Zink was a misogynistic lawyer who left a trust fund of $50,000 to create a library devoid of women. No books or art made by women, no decorations from women, and no female employees would be allowed. Fittingly, Zink’s own daughter successfully contested the will, and his family got the money instead. No womanless library was ever founded. Share this story if you liked it—or maybe got a few 'out-of-this-world' ideas of your own!