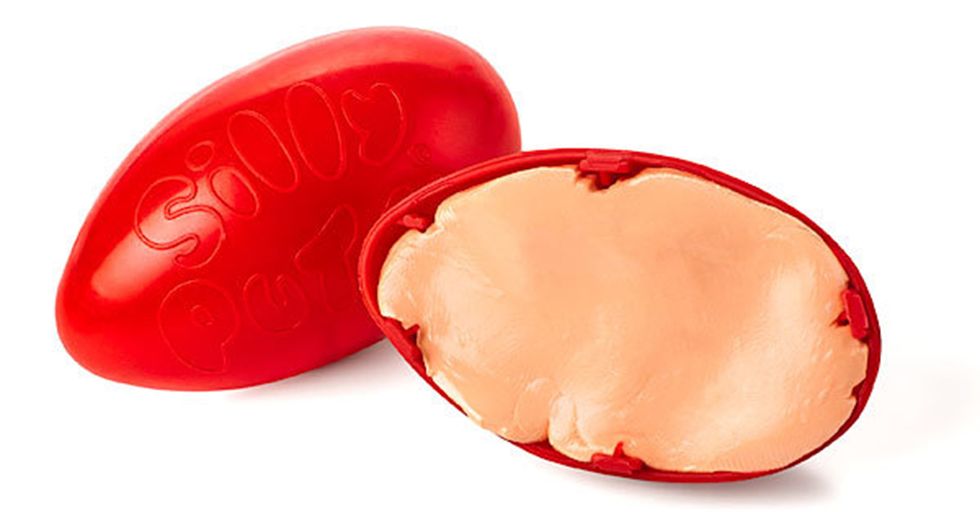 Most inventors spend years and years trying to create and perfect what they hope will be a life-changing product.

And, yet, some of the most fascinating and brilliant discoveries actually came about as an accident. Mistakes, in fact, that have had a seriously lasting impact on the world as we know it today.

At the time, she called them “Toll House Crunch Cookies” and they became extremely popular locally. Because her cookies increased sales in Nestle’s semi-sweet chocolate bars, Andrew Nestle and Wakefield came to an agreement that they would print the recipe on it’s package and she would be given a lifetime supply of Nestle chocolate.

In 1943, Richard Jones, a naval engineer, was trying to figure out a way to employ springs aboard navy ships to keep sensitive instruments from bouncing around. He accidentally dropped one of them, and to his amusement — and that of kids everywhere for generations to come — the spring immediately righted itself and landed upright on the floor.

Since then, kids everywhere have enjoyed playing with what is now known as the “Slinky,” named for a widely-used synonym for “sleek and graceful,” but also as a verbalization of the sound the toy made.

In 1853, George Crum, a chef in New York, accidentally invented potato chips when an annoying patron kept sending his French fried potatoes back to the kitchen because they were soggy.

In an attempt to teach the customer a lesson, Crum sliced them extra thin, fried them to a crisp and drowned them in salt.

To his surprise, however, the complaining customer actually liked them. “Saratoga Chips” became a staple on the menu and soon the chips were packaged and sold.

Swiss engineer George de Mestral was on a hunting trip with his dog when he noticed how burrs would stick to its fur. When he got home, he put them under a microscope and saw all the small hooks that enabled the seed-bearing burr to cling so viciously to the tiny loops in the fabric of his pants.

This inspired him to design a unique, two-sided fastener, one side with stiff hooks like the burrs and the other side with soft loops like the fabric of his pants, to rival the zipper in its ability to fasten.

He named it “Velcro” — a combination of the words velour and crochet.

During World War II, the United States government needed rubber for airplane tires, boots for soldiers, and the like. James Wright, an engineer at General Electric, was trying to make a rubber substitute out of silicon, since it was a widely available material.

Wright added boric acid to the substance during a test on silicon oil, but the result was a gooey, bouncy mess that the government had no interest in using.

Unemployed Peter Hodgson, however, saw an opportunity, borrowed $147 to buy the rights from GE and began producing the goo, which he renamed Silly Putty.

He packaged it in plastic eggs because it was close to Easter, and it quickly became one of America’s best-selling toys.

While studying staphylococcus in 1928, scientist Sir Alexander Fleming added some of the bacteria to Petri dishes before leaving for a vacation.

Although he had expected the bacteria to grow, upon returning he was surprised to find a mold growing in the dishes instead. When he grew the mold by itself, he learned that it contained a powerful antibiotic — penicillin — used to treat ailments ranging from syphilis to tonsillitis.

Thanks to penicillin and other antibiotics, the rate of death due to infectious disease is now 1/20th of what it was back in 1900.

Although ice cream had been around for years, it wasn’t until the 1904 World’s Fair that the ice cream cone was born.

An ice cream stall at the fair was doing so well that they were quickly running out of plates and bowls. Ernest A. Hamwi, a Syrian concessionaire, was selling a crisp, waffle-like pastry — zalabis — in a booth right next to the ice cream vendor.

John Hopps, an electrical engineer, was conducting research on hypothermia by trying to use radio frequency heating to restore body temperature.

During his experiment he realized if a heart stopped beating due to cooling, it could be started again by artificial stimulation using electrical or mechanical means.

This realization led to the creation of the pacemaker in 1951.

While developing plastic lenses for gun sights, Harry Coover, a researcher at Kodak Laboratories, stumbled across a synthetic adhesive made from cyanoacrylate.

At the time, however, he rejected it as being far too sticky to be of any use. Years later though, it was “rediscovered” and he realized these sticky adhesives had unique properties in that they required no heat or pressure to bond.

He and his team tried the substance on various items in the lab and each time, the items became permanently bonded together with what he went on to patent as “Super-Glue.”

In 1968, Spencer Silver, a chemist working for 3M, was trying to create a strong adhesive for the aerospace industry.

Instead, he stumbled across a “low-tack” adhesive that he found was just strong enough to hold paper to a surface but weak enough that it wouldn’t tear upon removal.

After many failed attempts at finding a marketable application, one of Silver’s colleagues, Art Fry, realized that it would be perfect as a no-slip bookmark and the Post-It note was created, although it wasn’t launched nationwide until the 1980’s.

In 1895 when German physicist Wilhelm Röntgen was performing an experiment using cathode rays — basically glass tubes with the air sucked out and special gases pumped in — he realized that some fluorescent cardboard across the room was lighting up in spite of the fact that there was a thick block between the cathode ray and the cardboard.

The only explanation was that light rays were actually passing through the solid block.

The lab chemical that lit up — the one that tipped off Röntgen — reacted to these rays. He called the phenomenon X-rays, with the X standing for "unknown."

Although most people know the story behind this popular drink, the fact is Civil War veteran and pharmacist John Pemberton, was addicted to morphine for pain and wanted to find an alternative for the dangerous opiate.

He went on to create a syrup made of wine and coca extract he called "Pemberton's French Wine Coca," which was touted as a cure for headaches and nervous disorders.

In 1885, Atlanta banned the sale of alcohol, so Pemberton created a purely coca-based version of the syrup to be mixed with carbonated water and consumed as a soda.

The result was a perfect beverage for the temperance era — a "brain tonic" called Coca-Cola.

The gooey stuff kids have been playing with for decades was actually invented by Noah and Joseph McVicker of Kutol Products to be used as a cleaning product to rub the soot off wallpaper.

In the early 20th century, however, natural gas became a more common heat source than the coal that left soot on walls, which meant the wallpaper stayed clean (and the product was no longer a necessity).

But in the early 1950s, McVicker found out that a teacher was using his creation as modeling dough in her classroom.

They tested their non-toxic product in 1955 and, a year later, created Rainbow Crafts and Play-Doh was officially launched.

In the early 1900’s, shellac was the material of choice when it came to insulation, but due to the fact that it was made from Southeast Asian beetles, the material was expensive to import.

Chemist Leo Hendrik Baekeland thought he might be able to make some money by producing an alternative, but instead he noticed that by controlling the temperature and pressure applied to the two compounds and by mixing it with wood flour, asbestos, or slate dust, he had created a material that was moldable, yet robust, as well as non-conductive and heat-resistant.

He dubbed his invention Bakelite, and referred to it as "the material of 1,000 uses."

We now know it as simply “plastic.”

In 1898, John and Will Kellogg were trying to create an easily digestible bread substitute for their patients at a Sanitarium, which lead them to boiling wheat to make dough.

They let the wheat boil for far too long, but when Will rolled out the wheat, it separated into large, flat flakes that they toasted and served to the patients.

The flakes of grain, which the Kelloggs called granose, were a very popular food among the patients.

The brothers then experimented with other flakes from other grains and, in 1906, they formed the Battle Creek Toasted Corn Flake Company.

The microwave oven is actually the result of a melted chocolate bar.

In 1946, Percy Spencer, an engineer with Raytheon Company, was conducting a radar-related research project with a new vacuum tube. While experimenting with the tube, a candy bar in Spencer's pocket started to melt.

Already a holder of 120 patents, Spencer grabbed some unpopped popcorn kernels and held them by the device. After they successfully popped, Spencer tried heating more foods.

The results led engineers to attempt to contain the microwaves in a safe enclosure, and the countertop microwave oven was introduced to the public in 1976.

Those little pink packets you see in every restaurant were invented in 1879 when Constantin Fahlberg, a chemist trying to find alternative uses for coal tar, came home after a long day of work only to notice that his wife’s biscuits tasted sweeter than usual.

The reason? The chemical that would eventually become known as saccharin had been on his hands after the lab work.

The researcher immediately requested a patent and mass produced his product.

In 1905, 11-year-old Frank Epperson decided he wanted to try saving some money by making his own pop at home. Using a combination of powder and water he got pretty close but then absentmindedly left the concoction out on the porch all night.

Temperatures ended up dropping severely, and when he came out in the morning he found his mixture frozen with the stirring stick still in it.

Seventeen years later, in 1922, Epperson served his ice lollipops at a Fireman’s ball and they were a huge hit.

After introducing the frozen pop on a stick to the public at an amusement park, he applied and received a patent for a “frozen confectionery” that he named the “Epsicle Ice Pop,” and began producing it in different fruit flavors on birch wood sticks.