The Major Signs Your Marriage Isn't Going to Work, According to a Divorce Lawyer | 22 Words 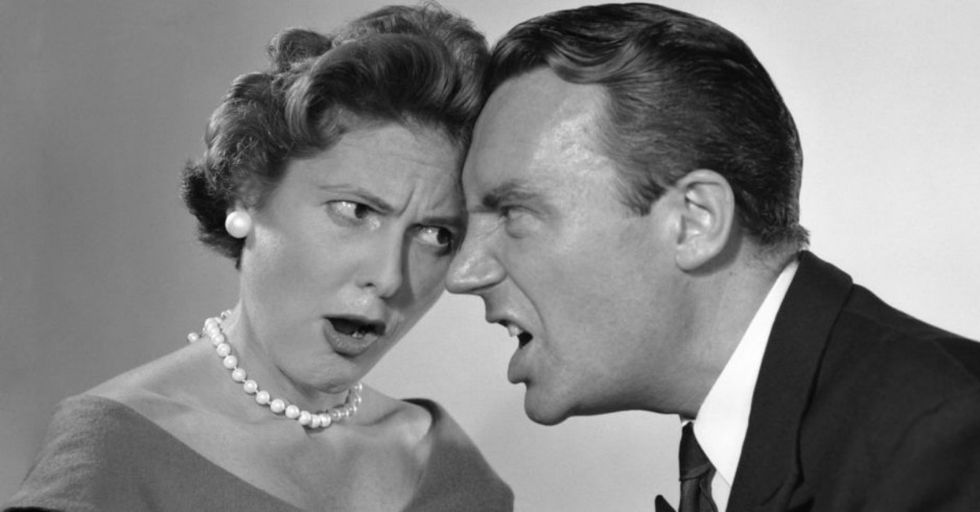 The Major Signs Your Marriage Isn't Going to Work, According to a Divorce Lawyer

There are certain things that clearly point to the fact that your marriage is on the rocks — infidelity and irreconcilable differences, for example — but there are also those things that chip away at the marital armor and eventually can lead to the end.

Nobody knows that better than divorce lawyers, and here they share the top signs that your marriage won't work.

All financial issues should be brought up before marriage, but clearly not everyone got that memo.

"Often times, when one party finds out that the other party filed for bankruptcy before or during the marriage, it ruins that party's ability to trust in the other party," she said. "Just as troubling is the spouse who does not freely disclose the amount of bonus money he/she received from his/her employment.

It sounds kind of obvious, but communication is key, and how a person reacts to a situation that gets them upset, angry, or all-around frustrated is important.

According to Evie Jeang, the founder and managing partner of Ideal Legal group, giving your partner the silent treatment is a tell-tale sign of the relationship's poor communication.

"This is essentially the kiss of death for couples because it leads to feelings of resentment. Being able to work through issues that arise paves the way for resolution," Jeang said.

Long story short, honesty is the best policy, but that's not always the case. Even one small lie can have drastic implications.

Will Medlin, an attorney at Horack Talley, said that one secret can turn into another and before you know it, there's a break in the relationship.

"A spouse suddenly becoming secretive — changing passwords to online access to bank accounts, changing email accounts, or changing or implementing phone passwords — can be a sign of infidelity," Medlin said.

One Spouse Is Overly Controlling

"When one spouse controls the money flow in the house, this tends to breed resentment and a feeling of inferiority from the other spouse," said Shaolaine Loving, a Las Vegas lawyer.

"For instance, where a husband makes more or all of the money in the marriage and does not allow access to the money to the other spouse without the husband dispensing it."

"Inevitably, women in this type of arrangement feel enslaved in a negative way, where they feel like they don't make choices over their own lives." Seems like common sense.

A big red flag is if your partner is spending a lot more time away from the home.

"There are generally not work meetings/non-spouse work parties overnight."

Amy Saunders, Esq. at the law office of Amy Saunders said, "If your spouse is buying lots of new clothes, losing weight, going to the gym, and abnormally focusing on their appearance, while also having missing gaps of time, chances are there is an affair, or a potential for one." Again, seems pretty obvious. But this next sign is much more subtle and has the potential for much more destruction.

"Some of my clients have knowingly married a troubled person with the idea that he/she could be saved. Usually, they can't," said attorney at law Jeffrey J. Kash. "

"Marriage does not fix mental health or addiction problems and often an addict needs to lose the support of his or her loved ones in order to decide to get help."

No matter how compatible you may be, addiction issues can put a strain on even the strongest relationship.

Every relationship has an ebb and flow, but if you're consistently moving farther and farther away from each other, that's a huge red flag. "Over time people evolve, develop, and learn," said Eric Klein of Klein Attorneys.

"At some point in a marriage, the couple reaches a fork in the road where one spouse goes to the right and the other goes to the left, to the point where they have nothing left in common."

"These are the couples you see at restaurants sitting across the table from each other in silence." And that is the kind of relationship no one wants to find themselves in.

So there you have it!

Now you're ready to get married. Good luck!