Trump Wants Women to Use the 'Pull out Method,' a Notoriously Faulty Form of Birth Control | 22 Words 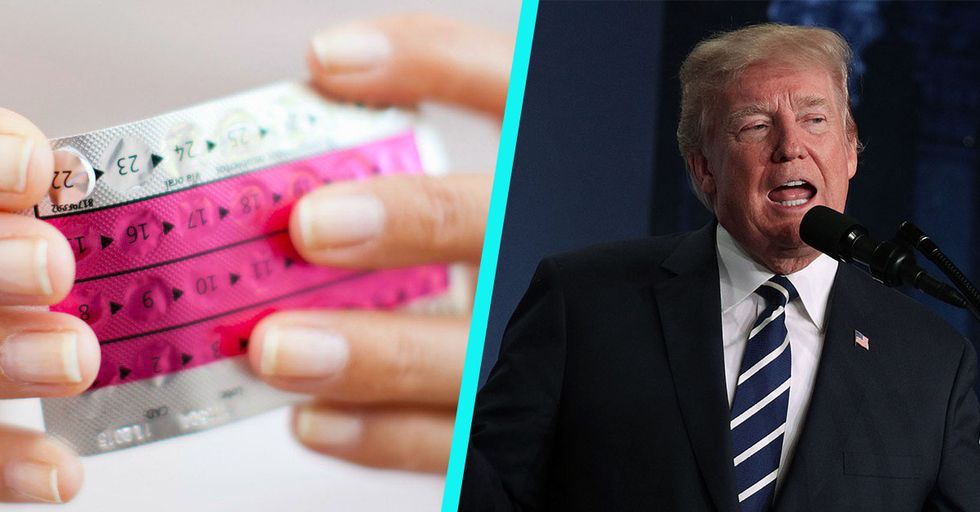 Trump Wants Women to Use the 'Pull out Method,' a Notoriously Faulty Form of Birth Control

While the media circus around Donald Trump grows ever wider due to his constant inconsistencies, the Trump administration is quietly making aggressive and rigid ideological changes to government. Case in point, a memo from members of the White House’s Domestic Policy Council (DPC), which was leaked to Crooked Media. Buried inside the rampantly Islamophobic wish list of budgetary concerns, which members hope will be included in the 2018 budget Trump will send to Congress next year, was an a seemingly innocuous little section with aggressive goals.

The memo called for halving the budget of Title X "the grant program that provides family planning and prevention services to the poor and divert[ing] the money into programs to promote “fertility awareness" methods of birth control."

If you're not familiar with what fertility awareness is, it's basically the rhythm method – tracking your fertile and non-fertile days days so you don't have sex on a day you can get pregnant. People used to do it when they didn't – you know, have birth control, but it fell out of favor because it's notoriously faulty, with a failure rate four times that of birth control. Let's put that into perspective. One in four women using the rhythm method will get pregnant. So it's basically a coin toss. Unfortunately, it's a favorite of social conservatives. In fact, one of the authors of the memo, Katy Talento, who works on health care policy for the White House Domestic Policy Council, once wrote an article for right wing outlet The Federalist, where she linked birth control to abortion. “Is chemical birth control causing miscarriages of already-conceived children?" she asked. "What about breaking your uterus for good?" Talento, by the way, is a Harvard-educated epidemiologist. Her co-author, Alexandra Campau, a "special advisor to the president on economic policy" makes $115,000 yearly to suggest such unwise things as "cutting environmental health, injury prevention, and occupation safety," defunding teen pregnancy and "working with adolescents on sexual risk avoidance"  (translation: abstinence) and using "fertility awareness methods." Because teenagers are all bastions of chastity and have the patience and complicated knowledge it takes to track their fertility cycles and mucus plugs, etc, eye roll. This memo is just the latest in a host of very clear warning signs. Instead of paying attention to Trump's unending scandals and gaffes, we should pay attention to his policies. Because they're quietly changing America for the worse.