According To Science, This Is What Jesus Would Actually Look Like | 22 Words 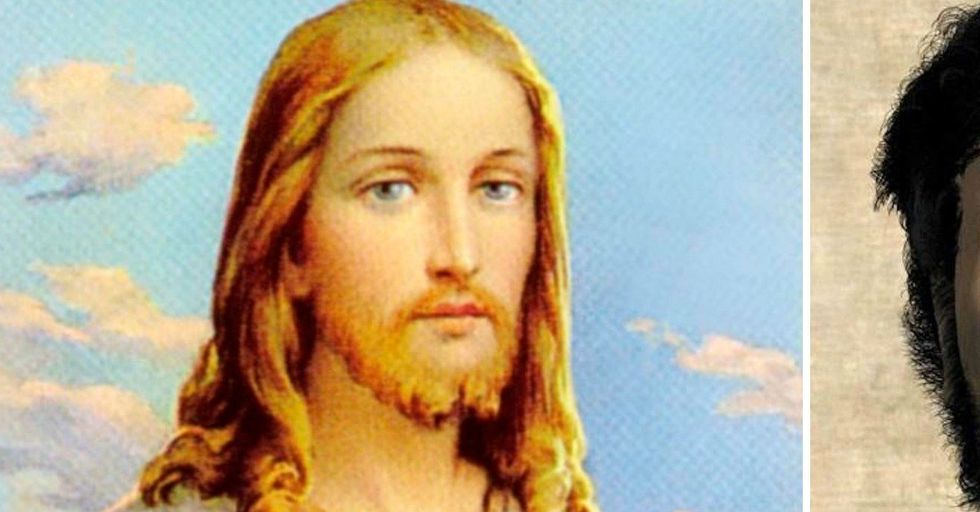 According To Science, This Is What Jesus Would Actually Look Like

Christianity is the largest religion on Earth, and a central figure of this religion is Jesus Christ, who you've probably heard of.

When you picture Jesus Christ in your head, what do you see? A white man, long blonde hair, and blue eyes?

There have perhaps been more depictions of Christ than anyone else in history.

But just because everyone seems to insist that Jesus looked like a typical white male, that doesn't make it accurate.

Neave developed an image of the Christian figure that is pretty far removed from the face we're used to — but one that was informed by historical evidence and computerized tomography.

But before we get to his images, we have to wonder how we came about our current depiction of Jesus.

His appearance isn't described in great detail in the bible. It only mentions that Jesus "had no beauty or majesty to attract us to him, nothing in his appearance that we should desire him." Not too specific.

It's thought this description of Jesus was intentionally vague so it could appeal to members of all ethnicities.

However, Jesus has been largely depicted as primarily Caucasian, until now...

Here's what Jesus really looked like, according to Neave:

He has a darker complexion, darker eyes and a more wide-set nose, and his hair and beard are more coarse as well. So how did he go about constructing this image?

He started by taking three skulls from Israeli archaeological sites near where Jesus was believed to have been born.

He was then able to use computerized x-ray and ultrasound techniques to construct a model of Jesus' face. Based on anthropological and genetic data, he came up with the image pictured above.

If you think about it, his depiction makes sense.

Jesus was born in the Middle East, so he would look like those around him — not the way he's so often portrayed in the West.

Yet a lot of people, including then-Fox News host Megyn Kelly, are convinced of Jesus' whiteness, along with that of Santa.

"Jesus was a white man, too," she said. "It's like we have, he's a historical figure that's a verifiable fact, as is Santa, I just want kids to know that. How do you revise it in the middle of the legacy in the story and change Santa from white to black?"

Her assessment is understandable, but flawed — especially bringing in Santa.

We tend to project ourselves onto the people we look up to, and without an understanding of the historical context, it can be easy to accept the image of Jesus that has been most commonly depicted throughout the centuries.

But remember that the bible itself says Jesus wasn't much to look at.

He most likely wasn't the handsome, glowing, muscular man we've become accustomed to. But in the end, does it really matter what he looked like? While we like to put a face with the name, if you're religious, his teachings should be what take priority. It is, however, certainly something to consider.