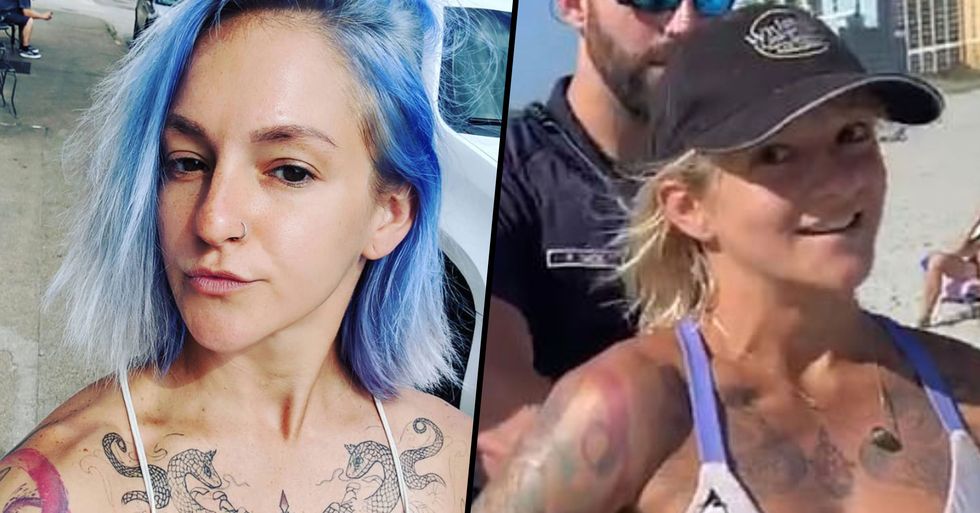 What can be so offensive about a bikini that means women can get arrested for wearing one? Well, Myrtle Beach police had a pretty strong idea. But now the arrested acrobat has responded with an amazing YouTube video!

And now Samantha has spoken out.

She's not happy with her treatment.

With an episode of her podcast called "Disorderly Thong-duct." Love the pun.

"We break down what happened, how much we love women, and how slut shaming is UNACCEPTABLE."