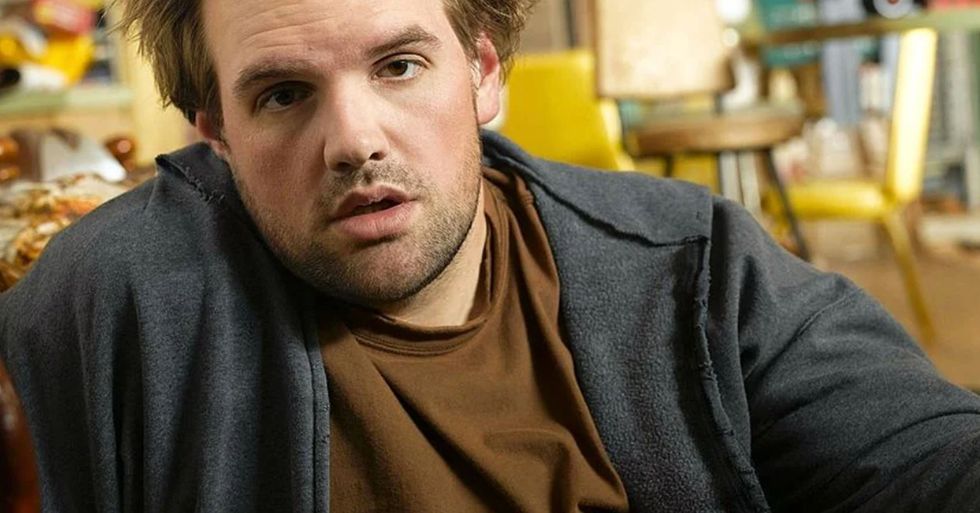 Actor Ethan Suplee Is Ripped After Hitting the Gym

Everyone knows Ethan Suplee best for his roles in movies such as American History X and as Randy in the TV show My Name is Earl, and his weight has often defined him as an actor.

But Suplee has brought us the first glow-up of 2020, and he looks incredible.

You won't believe the final picture...

The forty-three-year-old actor hails from New York City, and he began his career as an actor by playing William in 1995's Mallrats.

After Mallrats, he went on to pursue a few smaller roles.

He was cast in Chasing Amy and Dogma, both of which he starred with his soon to be co-star Jason Lee.

And Suplee's role as Randy alongside Jason Lee's leading role as Earl in the hit TV show was his big break.

He was a popular character throughout the entirety of the series until it ended in 2009...

And Suplee proved himself in various dramatic performances later on in his career.

His role as the ruthless Nazi skinhead in American History X was one of them.

These also include his role as Ashton Kutcher's goth roommate in The Butterfly Effect, the man who rapes a clown in Vulgar, and the football player in Remember the Titans.

That Suplee is a very dynamic actor.

But there's another thing that Suplee has always been recognized for...

And that's his weight.

The actor has always been a little bit on the heavier side...

But over the last 10 years, he has steadily begun to shift the pounds and he has taken on a much healthier lifestyle.

Gradual exercise made a huge difference...

Speaking to TMZ back in March, he revealed that his secret to shifting the weight was simply through cycling everywhere.

The weight loss has been noticeable...

But his most recent transformation is jaw-dropping.

It turns out that the actor has been hitting the gym recently... a lot.

Despite his gradual weight loss, fans have been left shook after seeing some pictures of the newly hench Ethan Suplee.

It seems that Suplee has bulked way out...

And the reason for his bulking was because of an acting role back in 2017.

He was initially deemed as "too thin"...

He added, "I'd gained a bunch of weight back because I actually didn't find being thin all that it's cracked up to be. So we convinced them that I was heavier again, and I went in, and that was that. I was heavy enough."

He went on to explain his cycling obsession...

"After My Name Is Earl, I started obsessively riding bicycles. I actually did get properly thin at one point - I was nine percent body fat. But I was also riding a bicycle six to eight hours a day, six days. After two years of that, my wife said, 'Hey, idiot, you can't retire and ride bicycles. You have to go get a job,'" he said.

The industry no longer recognized him...

"So then [when I started looking for work], I found that people were like, 'Who are you? We don't know you. You're this new person.' So a couple of years ago I made the decision: I'm not going to kill myself to be thin when nobody knows me as a thin person, and I do think it is affecting the kind of jobs I'm getting," he explained.

He is looking pretty great. For some more incredible transformations, keep scrolling to learn about how Australian actress Rebel Wilson became unrecognizable after a huge weight loss...