Actor Fakes Being Kidnapped 'To Ask for Donations' | 22 Words 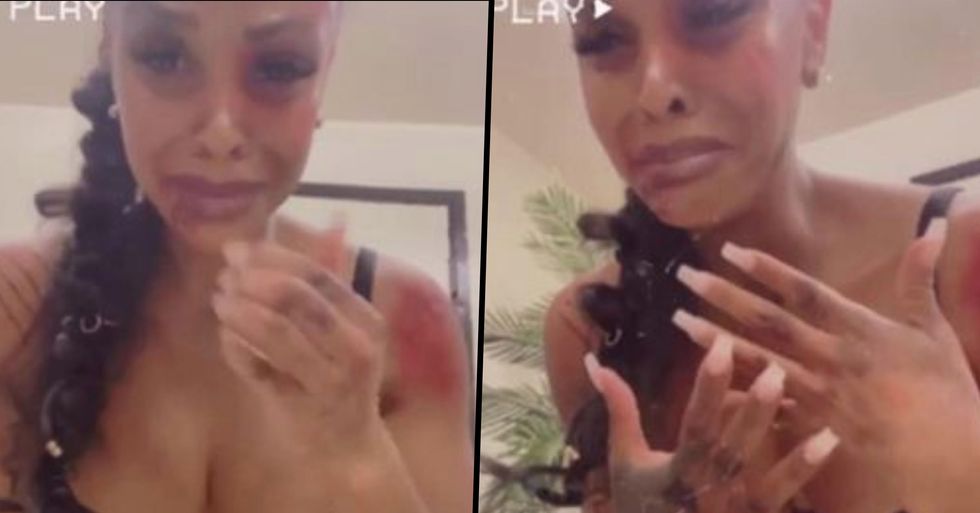 Actor Fakes Being Kidnapped 'To Ask for Donations'

An actor has come under serious fire this week after she staged her own kidnapping... But her reasoning behind the stunt has surprised everyone.

Ah, the things people will do for fame.

Actor and reality star, Masika Kalysha, is the latest celebrity to take her hunger for fame and attention one step too far.

Now, when it comes to attaining fame and money, Masika really has done it all.

The thirty-five-year-old describes herself as a musician, actress, activist, writer, entrepreneur, and SheEo, all wrapped up into one.

In which she posts explicit content in exchange for paid subscriptions.

But she is best known for her time on Love and Hip-Hop: Hollywood and Growing Up Hip-Hop: Atlanta.

She also shares a 4-year-old daughter with rapper, Fetty Wap, from their brief relationship in 2015.

However, all of this fame and publicity clearly isn't enough...

Because this week, the reality star staged her own kidnapping.

Taking to Instagram, Masika posted a frantic video in which she could be seen standing in her underwear, crying and covered in - what have now been confirmed to be fake - bruises.

She captioned the video: "I've been kidnapped. I'm in a warehouse somewhere. Idk where! I'm so scared! They took all my money and they want more! Please! Help me! Click the link in my bio & subscribe to my only fans and tip me so they'll let me go!! They're coming!"

Through tears, she sobbed: "I'm not sure how much time I have... I got beat really bad."

She went on to stress how she needed people to give her tips on her Only Fans account...

"They said that you guys have to leave me tips and follow me... So they can take the money and, I don't know, let me go."

She seemed quite specific with her instructions.

And Masika can then be seen, still covered in the supposed "bruises", but this time much calmer and wearing a white bathrobe.

Speaking in a much more serious and sombre tone, she addresses the camera:

"Hey guys, now that I have your attention, I wanted to talk about something very important."

"I'm sorry if I scared you, but sometimes you need that shock factor."

Masika then reveals that she is actually "on set right now filming for my new show"...

And that her "bruises" and "scrapes" are actually a result of film makeup, before reassuring her fans that she is safe.

She went on to explain:

"The show that I'm working on right now is about child sex trafficking... This is a very challenging role for me because this is something that I am very passionate about and, you know, shooting this show... I've done a lot of research and have had to dig deep and I just found out things that I never wanted to know."

She then revealed that she had joined forces with the R.O.S.E organization, a non-profit foundation in the US that supports victims of trafficking...

And that all the money people sent to her to "be released" would, in fact, be going to them instead.

However, the head of the charity, Toni. D. Rivera, said that neither she nor anyone from the foundation had given Kalysha permission to act on their behalf.

Masika has since deleted the video...

@masikakalysha ...... this is disrespectful to the countless people facing actual human trafficking
— THE ICON (@THE ICON)1598397761.0

Because she received a whole barrage of backlash, with many people slamming her as "disrespectful" and "tasteless" for her actions.

But Masika isn't at all concerned regarding the backlash.

Replying to a Twitter user who congratulated her on her "much needed" video, she wrote: "Thank you queen. I’m not worried God got me."

She has valiantly defended herself...

WAIT 😳 I was SMART enough to utilize a massive platform that gets TRAFFIC for SEXUAL content to bring awareness to… https://t.co/g0uQ5YUvP8
— Masika Kalysha (@Masika Kalysha)1598414613.0

She replied to one Twitter user with: "WAIT. I was SMART enough to utilize a massive platform that gets TRAFFIC for SEXUAL content to bring awareness to SEX TRAFFICKING instead of twerking. so whatchu sayin [sic] is imma genius. u also mad that I used only fans to start a stock club? but if I was fkn cool? Oh ok."

And the story doesn't end there.

Masika then sharing what she claimed was a letter from the charity's board asking her to do what she could to help spread the word. The alleged letter said: "Your exuberant enthusiasm, your life story, and an established trajectory of committing to serve others is most honorable. You are the kind of person we need on our platform. More importantly, you are who the world needs to see to heal broken hearts and restore the lives of women, children, and men to wholeness."

However, Rivera claimed that the letter was faked...

And went on to urge the reality star to stop what she was doing. She took to Instagram to warn her, saying:
I don't know what you're trying to do homegirl, but I'm not the one. That letter, whatever you sent or posted, that's not me. I didn't write that, I didn't text that, I didn't sing you that, it's not even on my letter head."

Rivera then warned that Masika would be hearing from her lawyers.

For more on the questionable use of Only Fans, keep scrolling to read about the model who broke down and begged people to subscribe to her account...