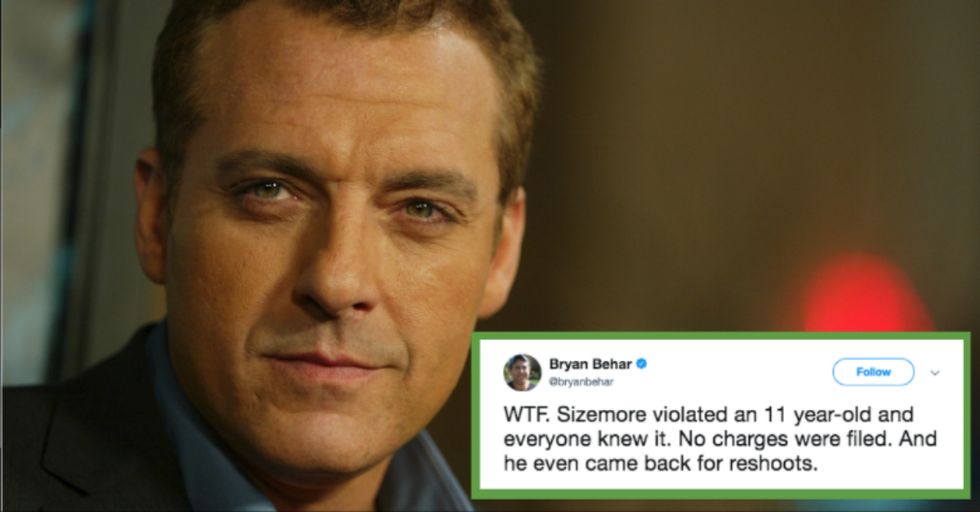 Actor Tom Sizemore has been accused of inappropriately touching an 11-year-old girl on the set of the 2003 film Born Killers, according to The Hollywood Reporter. Sizemore was reportedly removed from the set after the incident but was brought back a few months later for reshoots.

Inspired by the increasing number of people who are now sharing their stories of sexual abuse within the entertainment industry, nearly a dozen cast and crew members from the film have now come forward to share happened that day.

The incident occurred near the end of production of the film Born Killers (not to be confused with Natural Born Killers, which Sizemore was also in).

The film tells the story of two brothers on a crime spree. Sizemore played their father. One of the props in the film was a family portrait which required the actors to pose together for the photograph. It was during this photo shoot that Sizemore allegedly touched a young girl inappropriately.

The photo required the 11-year-old girl (who goes unidentified in the Hollywood Reporter article) to sit on Sizemore's lap for about 30 minutes.

While she was sitting on his lap, Sizemore, who was then 42 years old, allegedly either rubbed his finger against the girl's vagina or inserted it inside. Production manager Cassidy Lunnen said that "the girl was so young it was unclear to her and her parents what had actually taken place and if it was intentional or not." Actress Robyn Adamson (who also appeared in the film) says of the young girl, "At one point her eyes got just huge, like she could've vomited. I was watching her. She soon reintegrated and kept going, although she had trouble taking direction. Later, when I was told about what happened, I knew exactly what it was."

Word of Sizemore's actions spread quickly throughout the cast and crew.

"The little girl said what she said and we all thought, 'That f***king sleazebag,'" says Roi Maufas, one of the film's production assistants. "There was never any doubt. He was this guy who was already known for making inappropriate comments, being drunk, being high. We're talking about consistent behavior, just being 'Tom Sizemore' on set every day. Then this happens. Guys reached for hammers." The film's producers say they immediately removed Sizemore from the set and reviewed the photographs taken at the photo shoot. They were unable to find conclusive evidence that the violation had occurred. They also contacted the girl's parents, who decided not to press charges. The casting director for the film speculates that the girl's parents "didn't want to possibly ruin their daughter's film career." Eventually, Sizemore was sentenced to six months in prison, but it wasn't for his actions on the Born Killers set. In the same month that production began on the film, Sizemore was convicted of physically abusing his ex-girlfriend Heidi Fleiss. Jennie Latham, a second assistant director on the film, said, "I remember being excited that he went to jail, even if it was for something else."

At the time, Sizemore denied that he'd behaved inappropriately.

According to one of the producers, Sizemore said, "I've done a lot of awful things, and I'd never do anything with kids." Sizemore's agent has said, "Our position is 'no comment.'" Today, the actress is 26 years old. She told The Hollywood Reporter that she recently hired a lawyer and might be taking legal action against both Sizemore and her parents for refusing to press charges against the actor.