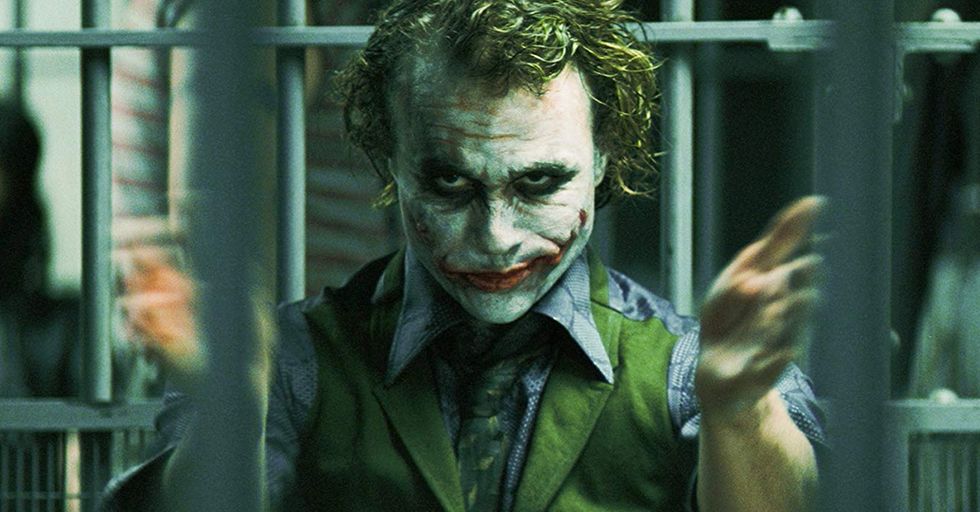 It's hard to think of famous actors ever facing rejection, but that's the nature of the business. Actors - no matter how successful or well-known - don't always get the roles that they want.

Sometimes, an actor will go so far in the casting process. They'll do screen tests and dress rehearsals and even film scenes, only to have the studio say, "Pass!"

It's devastating, but at the end of the day, it's a job.

Have you ever thought about which roles certain actors missed out on? Roles they came so close to booking, but casting went with a different choice? Some of these are fascinating. It's hard to imagine some of these roles played by different actors since they're so ingrained in pop culture.

But here's a list of actors who have lost out on roles that they really wanted and fought for. Keep reading to find out which actors were passed over for major movies and TV shows!

Black Widow auditioned for the role of Fantine in the big-screen adaptation of Les Miserables.  In an interview, Johansson said that she "sang her little heart" but got laryngitis, which took her out of the running. "Looking at the film now, there’s no possible way I ever could have topped that performance [by Anne Hathaway]," Johansson had said. "It was perfect and I think fateful and meant to be."

He may be in the upcoming Spider-Man: Far From Home as Mysterio, but at one point Jake Gyllenhaal was up to replace Tobey Maguire in Spider-Man 3. There were rumors that Maguire wouldn't return, but they turned out to be just that - rumors.

It's hard to think of anybody else besides Jennifer Aniston playing Rachel Green, but Saved By the Bell star Tiffani Thiessen came close to nabbing the role. She even read with the cast! "I was just a little too young. I was a little too young to the pairing of the rest of them," she recalled in an interview.

Idris Elba - Gaston in Beauty and the Beast

Did you know that Idris Elba auditioned for a role in the live-action remake of Beauty and the Beast? Yup. The British stud went out for Gaston, but didn't make the cut! "I honestly love musicals. I auditioned for Beauty and the Beast. I really did, for Gaston," Elba told People magazine. "I called and said, ‘Listen, I want in!’ So somewhere they have a tape of me singing."

Adam Driver made the character of Kylo Ren incredibly nuanced and intriguing, but Oscar-winning actor Eddie Redmayne actually auditioned for the part! "With films that top secret, they don’t give you the actual lines. So they give you a scene from Pride and Prejudice, but then they tell you-you're auditioning for the baddie. If you’re me, you then put some ridiculous voice on," he told Uproxx in an interview. "I was trying again and again with different versions of my kind of 'koohh paaaah' [Darth Vader breathing sound] voice. And after like ten shots she’s [the casting director] like, 'You got anything else?' I was like, 'No.'"

The Stranger Things star was almost cast as X-23 in Logan.  "I was like, ‘It’s going to be amazing, I’m going to really prepare,’ and I sat in my room reading the lines," she said in an interview with Variety.

With plenty of successful franchises under his belt, it's safe to say that The Rock is doing just fine after not being cast as Jack Reacher. "Yup, luv the character," Johnson wrote on Twitter, responding to a post saying he should play the role. "Bout 10yrs ago I went after the role, but Cruise got it. Was great motivation for me to always stay hungry."

Adrien Brody - The Joker in The Dark Knight

Nobody comes close to Heath Ledger's portrayal of the Joker, that's for sure. But Adrien Brody wanted the role and even met director Christopher Nolan about it. "Heath was tremendous in that, but yeah, I would've loved to have done that. It was an amazing role. Amazing," he said in an interview with MTV News.

Olivia Wilde was all for playing Captain Marvel when a fan tweeted Reed Morano, asking if she would direct a Captain Marvel movie with Wilde leading the film. "Oh hell yea. Let's DO this! I'm starting my @Marvel diet immediately. Eggshells and jet fuel only, right? Who says indie kids can't go pro?!" Wilde responded.

It's hard enough to keep up with all the different Spider-Man movies, let alone all the actors who almost played the web-slinger. Josh Hutcherson was close to being cast as Spidey after Maguire's run came to an end. Andrew Garfield ended up nabbing the role, but Hutcherson got his share of being part of a franchise when he was cast as Peeta Mellark in The Hunger Games.

Mr. & Mrs. Smith would've been quite a different movie with Gwen Stefani in the lead role. While being interviewed by Howard Stern, Stefani revealed, "I feel like I almost got it. I went to a bunch of auditions. It was very competitive and I wanted to do it, but I wanted to do music more."

The comedian came close to nabbing the role of Shoshanna in HBO's Girls. Creator and star Lena Dunham said, "Everyone in the room was stunned by the detail and skill of her improv, the wild talent radiating off her."

Dominic Cooper eventually got the role of Sky in the movie musical Mamma Mia!, but actor Chris Klein was close. "I took a chance," Klein told EOnline. "I can't sing! I don't know why I was in there. But I took a chance! It's a musical — let's see if I can give it a shot."

Who knew Bradley Cooper wanted to play Green Lantern so badly? During an interview with Conan O'Brien, Cooper admitted he went a little too far. "I put a mask on and the director was like, 'Okay Bradley, be regular and talk.' And I was like, 'Yeah, got it... [in a deep, gravely Batman voice] listen, Sally, we're going to have to take your family away if you don't listen to me!'"

Can you imagine Tom Hiddleston playing anyone other than Loki in the Marvel universe? Well, he almost played Thor! He eventually landed the part of Loki, which definitely suits him better.

The Twilight star and soon-to-be Batman almost nabbed a role in Transformers 2. But apparently, he botched his audition with a weird, made-up backstory and didn't get the gig. We're sure he's doing just fine.

Before Dev Patel got cast as the lead in Danny Boyle's Slumdog Millionaire, Riz Ahmed auditioned for the part in the drama. He didn't get the role, and also auditioned for the role of Jamal's older brother, Salim. "He goes, ‘action!,’ and before you know it, I’ve got Danny Boyle up against the wall, I’m, like, screaming in his face, spitting in his face, and I’ve ripped his shirt — I’ve ripped the seams of his shirt open," Ahmed said of his audition.

The Mad Men star described auditioning for Coyote Ugly as one of the worst moments of her entire life. Yikes! "It was an audition for Coyote Ugly, my second audition ever. I'd done the reading for the acting part and then Jerry Bruckheimer wanted me to come in and dance … on top of the table," Jones told The Hollywood Reporter. "They said, 'You're going to dance to Prince's 'Kiss.' You're going to pole dance, but there is no pole.' And I just turned beet red."

Robin Williams - The Joker in Batman

According to SyFy, Robin Williams tried not once but three times to be part of the Batman franchise. He first tried playing The Joker in Tim Burton's film, then he wanted to play the Riddler in Batman Returns, and then finally tried to play the Joker again in Christopher Nolan's film.

The Pussycat Dolls singer tried really hard to get cast in The Rock's Baywatch remake. "I started this year working out every day, motivated to get ... in shape because I was determined I was gonna be the new Baywatch girl," Nicole Scherzinger explained to Glamour. "I was hell-bent, I'm an ocean angel, I love it." She didn't get the part, despite her efforts. "I was devastated. What is my year, what is my life, if I'm not in Baywatch?!," she said.

Leo DiCaprio is iconic as Jack Dawson, but Clueless actor Jeremy Sisto came very close to playing the part! He even did a screen test with Kate Winslet, decked out in full costume.

The Mother of Dragons turned down the lead in Fifty Shades of Grey. "Well, Sam [Taylor-Johnson, the director] is a magician. I love her, and I thought her vision was beautiful. But the last time that I was naked on camera on [Game of Thrones] was a long time ago, and yet it is the only question that I ever get asked because I am a woman," Clarke said when speaking about turning down the job.

Rocketman producer and Elton John's husband David Furnish said that Justin Timberlake was in mind for the lead role in the biopic. "We never formally approached Justin because we weren’t ever at a stage where it was the right time to approach him," Furnish told The Hollywood Reporter.

Because of scheduling conflicts, the country singer and actress had to turn down the role of the "Unsinkable" Molly Brown in Titanic.  Kathy Bates was cast in the role.

Where are all my Gossip Girl fans hiding? Solo: A Star Wars Story star Alden Ehrenreich was casting director David Rapaport's first choice for the role of Dan Humphrey. Eventually, he wasn't cast because of the height difference between him and Blake Lively.

Julianne Moore - Lee Israel in Can You Ever Forgive Me?

Julianne Moore was actually fired from Can You Ever Forgive Me? She was set to pay Melissa McCarthy's role, which earned her an Oscar nomination. "I didn’t leave that movie, I was fired," Moore said during an episode of Watch What Happens Live with Andy Cohen. "Yeah, yeah, Nicole [Holofcener, the original director] fired me. So yeah, that’s the truth."

So many actors were up for the lead roles in Titanic! '90s It Girl Gwyneth Paltrow almost played Rose. "I know that the story is that I turned it down," Paltrow told Howard Stern in an interview. "I think I was really in contention for it – I was one of the last two."

Paltrow may have lost out to Winslet for Titanic, but the tables were turned when it came to Shakespeare in Love. Apparently, Winslet turned down the role, making room for Paltrow to nab the part. Paltrow won the Oscar for Best Actress for her performance in the dreamy, heartbreaking tale. Share this with your friend who is obsessed with movies!