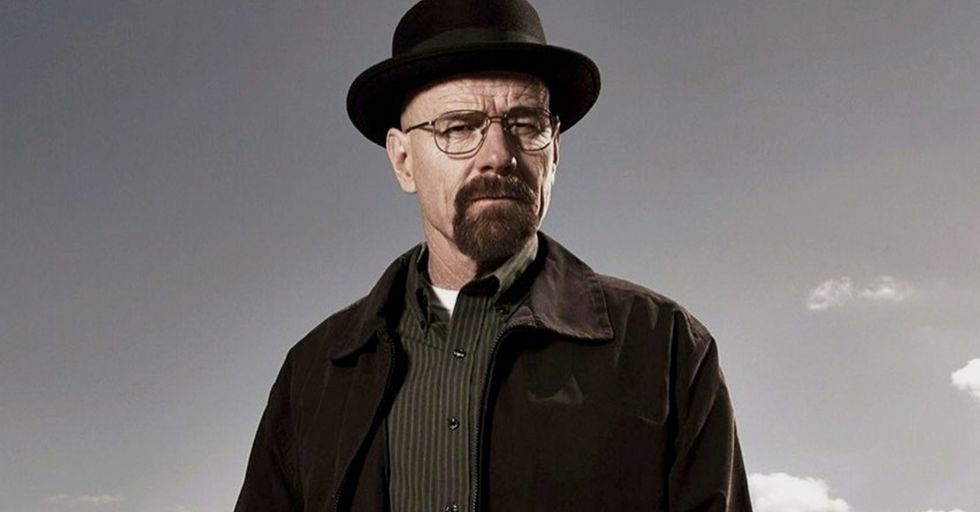 Actors Who Played Roles That Went Way Against Their Type

Despite many of their best efforts, actors tend to be known for playing a certain type of character. Even if they do their best to avoid being pigeon-holed, Hollywood seems to love putting actors inside of a box. It has to be incredibly frustrating for actors to find themselves being offered the same type of roles over and over again. Which is why whenever we see an actor in a role that's outside of the box, it's incredibly memorable. Sometimes it works, sometimes it doesn't. But that's the beauty of acting! Actors are chameleons. A good actor loses themselves in a character and disappears, but at the same time brings parts of themselves to the roles.

Over the years, we've seen some of our favorite actors take on roles that we wouldn't necessarily think of them to play. Thanks to a Reddit thread that asked the question, "What actor or actress got cast in a role that they normally wouldn't play and absolutely crushed it?" here are actors who played roles that were completely the opposite of what they're known for.

Got used to seeing Jon Hamm in Mad Men, then saw him in Bridesmaids. Wow. Talk about a 180° in change of personality. - z-adventure It's not fair that Jon Hamm is incredibly good looking and incredibly talented/funny. Pick one, Hamm! You can't be both! (Kidding.)

Val Kilmer as Doc Holliday. Who would have thought? He killed it.  - Throwawayaliveordead Val Kilmer forever.

Daniel Radcliffe in Swiss Army Man. Normally he plays an alive person. In this one, he plays a dead person. He also crushed a lot of things. - moronotron
From Harry Potter to an actual corpse. Now that's a transformation!

If you didn’t grow up watching The Wire, it would be baffling to see Idris Elba playing Stringer Bell, an American Baltimore gangster. The English accent is jarring every time I see him in another movie or TV series. He is such a great actor and crushes the role. - Jufro117

David Schwimmer as Captain Sobel in Band of Brothers. He plays the petty, petulant and angry CO so so well. Made the first few episodes for me. -  theplanetZeist

Definitely a different character than Ross.

The next actor is a true chameleon...

Not sure if it counts because it's a little different, but Hugo Weaving. Not many actors can go from an A+ drag queen in The Adventure of Priscilla, Queen of the Desert to one of the most recognizable villains of all time in The Matrix to Lord Elrond. Expectations are lost on him because he's so versatile. - eyebrowshampoo

Leslie Nielsen was known for being a serious actor before Airplane! - Neuroskunk

It's hard to imagine The Naked Gun in anything other than a zany comedy.

Tom Hanks in Philadelphia. Tom Hanks was the guy from Big. He was light entertainment through and through -- and then all of a sudden he's winning back-to-back Oscars... - Portarossa

What can't Tom Hanks do?

John Lithgow as a serial killer in Dexter. I never realized he could be so damn scary. 3rd Rock From the Sun and Shrek never prepared me for that. Edit: Apparently I need to check out Ricochet and Buckaroo Bonzai. Thank you for that! Ok so apparently I'm backward, but I grew up with him as a goofy comedian, not a serious drama man. Still, the dude cam swap roles so flawlessly that it's scary!! - CrusherOfChaos
Also... have you seen Lithgow as Winston Churchill in The Crown?! Because if not, you gotta get on that.

Charlize Theron in Monster. - Oldschool_Poindexter Such an incredible performance! Charlize Theron is such a versatile artist. The next actor played quite a shocking role in a certain cartoon...

Patrick Stewart voices Avery Bullock in American Dad. He had been playing serious roles for years and then went with the drug addict deputy director of the CIA. Brought me lots of joy ? - FantaOrange3377

This one is especially crazy to think about because all the action roles at the time were for Sylvester or Arnold pretty much. Bruce Willis turned into an action legend of the same caliber. - chootybeeks_

I still remember being super pissed when I heard Wolverine was going to be played by some Australian theater actor I'd never heard of. He was by far the best part of that entire series. - bmalbert81

Brad Pitt as that dumbass in Burn After Reading. - frerky5

Pitt played that so well. I sat there waiting for something resembling character development or something. Nope, just a typecast idiot and he nailed it. - pvbob

The scene on the treadmill in Burn After Reading is a perfect piece of cinema, honestly.

Robin Williams when he was playing a serious role, almost any them. - Iggy363

I think it was Good Will Hunting that made me truly realize his acting talent was so good. What a legend. - chootybeeks_ Also, who can forget how creepy One Hour Photo was?

Bill Hader in Barry. Very well done. - venerable4bede Who knew the same guy who played SNL's Stefon would also play a hitman who you feel sorry for?

Andre Braugher Brooklyn Nine-Nine. It seems harder to make the leap from drama to comedy... - ropeburn69 Real talk? Captain Holt is one of the best characters on TV.

Steve Carell is absolutely terrifying as John DuPont in Foxcatcher. Many people have seen him in The Office, Anchorman, or The 40-Year-Old Virgin. This role is...the opposite of those. - SaveBandit0215

For someone known for rom-coms and Mary Poppins, she was such a total badass in this movie!

For those too young to remember, before Batman he was mainly known for wacky comedies like Mr. Mom. - ScareTheRiven

I know someone already mentioned Cake, but I'll mention The Good Girl as well for her more dramatic roles. - yaboyanu

Bryan Cranston from Hal in Malcolm in the Middle to Walter in Breaking Bad. Nailed it. - Blackdomino

Heath Ledger as Joker. - thisboyhasverizon I remember everyone's first reaction as "The pretty dude from A Knight's Tale? He's going to ruin that role." and it's one of the best supporting acting jobs to date. - Byizo

Cher in Moonstruck. What a great movie. - NeverEnoughMuppets Seriously, if you haven't seen this movie, get to it.

Catherine Tate as Donna Noble in Doctor Who. - CloudsAndLemonade

Hot take: Donna is the best Doctor Who companion! Prior to joining the Who universe, Tate was known for her sketch comedy.

Chris Tucker in The Fifth Element. - ChocolateSunrise Such a good movie.

Melissa McCarthy in Can You Ever Forgive Me? last year played so hard against type and did so well at it. It was still vaguely comedic, but such a different type of comedy to what we normally get from her. It was great. Really enjoyed the film. - jankgreen

Marissa Tomei as Aunt May. - stylemaven1

This completely surprised me and it ended up being such a great choice. - thegrandduchesss

Cameron Diaz in Being John Malkovich. - IntrovertAlien One of the best movies ever. Share this with your biggest movie-buff friend!