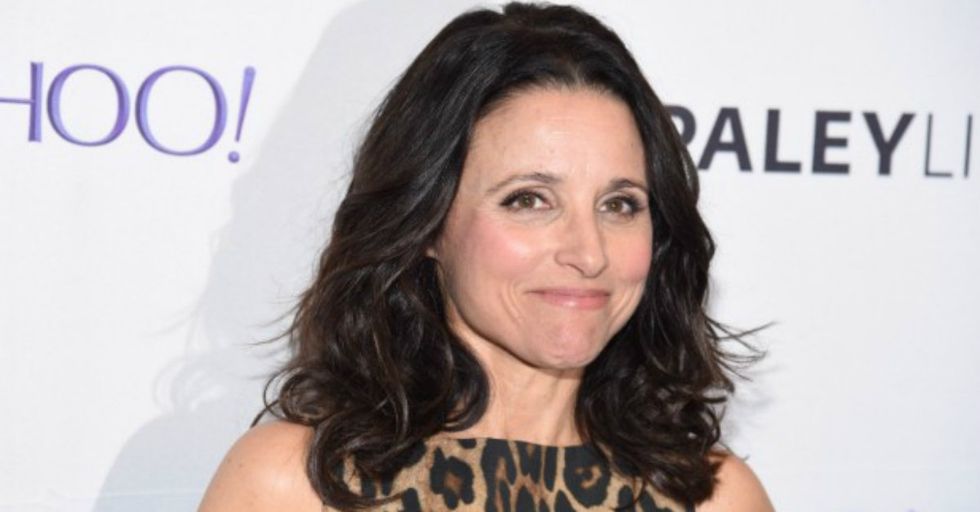 Back in September, actress Julia Louis-Dreyfus shared the news that she had been diagnosed with breast cancer.

Since then, the star of Veep and Seinfeld has gone through two rounds of chemotherapy. Yesterday, she shared a fierce photo that shows that she's not letting cancer make her any less of a badass — or any less hilarious. Of course, we expected nothing less from the inspirational woman who has made us laugh more times than we could count.

Louis-Dreyfus seems to take on every challenge with fervor and fierceness. She's used that passion to become a record-holding Emmy winner, and now she's using it to kick cancer's butt.

Back in September, Louis-Dreyfus shared the news that she'd been diagnosed with breast cancer.

Can we also acknowledge for a second how awesome it is that she used her platform to talk about the importance of access to good healthcare? The woman is a national treasure.

Support poured in from all over the world — including from former Vice President Joe Biden.

"We Veeps stick together," his message of support read. He's kind of the best, right?

Yesterday, Louis-Dreyfus provided her fans and followers with a health update.

In her photo, she's donned a pair of aviators, a comfy hoodie, and a sick mustache. She announced that her second round of chemo was complete and that she is "NOT f***ing around here." She also quoted Katy Perry's "Roar" and thanked both Tony Hale and Timothy Simons for their "hilarious and loving inspiration." We're rooting for you, Julia!