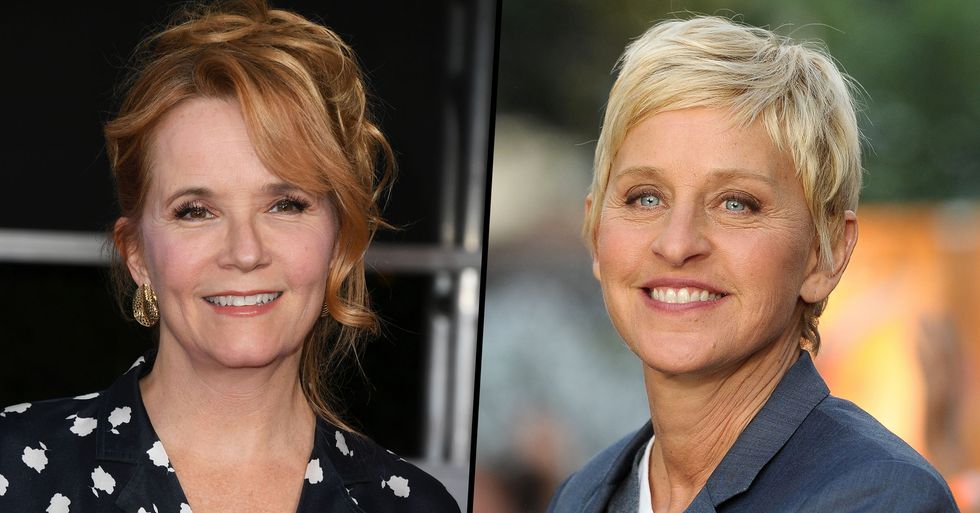 After Ellen Degeneres was forced to speak out against the cruel allegations that circled the alleged "toxic work environment" behind the scenes of her show, some faces famous have hopped on the bandwagon to express their thoughts on the whole fiasco.

American actress, Lea Thompson has now given us her take on it all...

Lea Thompson has added some more fuel to the fire...

She decided she wanted to express her feelings about the allegations being hurled at talk-show host, Ellen Degeneres, and it may have given us a whole new view of her...

"The producer called us aside and said, 'Now Neil, no one is to talk to Ellen. You don't talk to her, you don't approach her, you don't look at her,"' he said.

Shortly after Ellen issued her apology...

Brad Garrett, a comedian who had appeared on Ellen's show about 6 times between 2004 and 2007 spoke out saying that the host should bear some responsibility for the treatment of her staff.

He didn't name any specific allegations...

But another celebrity has now come on the scene to confirm Garrett's comments.

Lea Thompson expressed her thoughts under the post confirming it's "common knowledge."

"True story. It is," she said. Yikes. Let's just hope things get better for the host. In the meantime, keep scrolling to read about another problematic thing in her life...