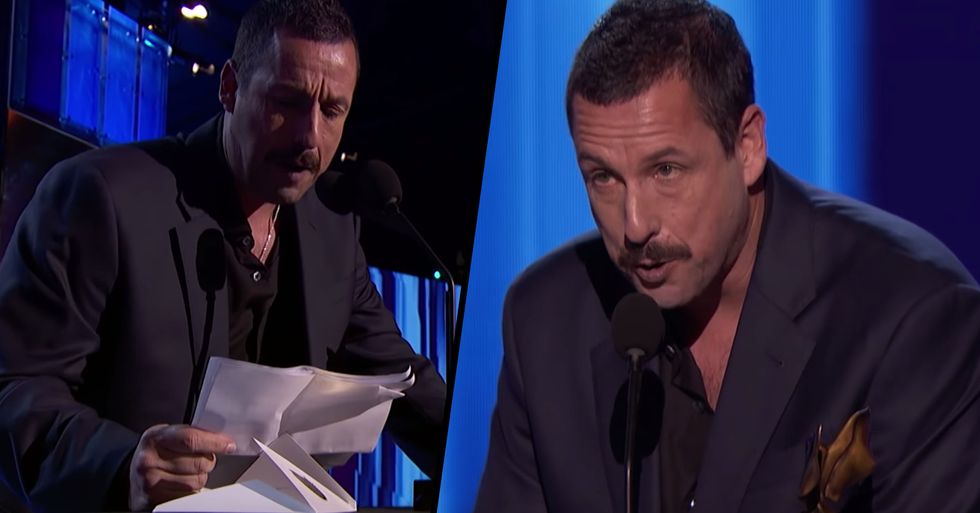 There were many deserving winners throughout the evening, but it seems that Adam Sandler wasn't best pleased with not being nominated.

However, not everyone received the Oscar nomination that they had hoped for...

And one of these people was the one and only Adam Sandler.

The actor is best known for his roles in light-hearted comedies such as Happy Gilmore and Little Nicky...

But in recent years, Sandler has embarked upon more serious roles.

Sandler has previously voiced his desire to win an Oscar for his role in Uncut Gems...

And despite not being nominated, he did win the Best Male Lead at the Independent Spirit Awards on Saturday.

But in Sandler's eyes...

So he decided to joke about being snubbed during his acceptance speech...

He poked fun at his omission from this year's Academy Awards by comparing it to a "looks vs. personality" contest.

"Hello my name is Adam Sandler... I stand before you trembling with glee as I receive your so-called best actor trophy, independently speaking, of course," he started by saying.

The whole speech came across as a bit of a joke...

He went on to say, "You know, a few weeks back when I was, quote-unquote, snubbed by the Academy, it reminded me of when I briefly attended high school and was overlooked for the coveted yearbook superlative category 'best looking'."

The speech was pretty savage...

"That accolade was given to a jean jacket wearing, feather-haired douchebag by the name of Skipper Jenkins," he then said. Sandler then declared, "The Independent Spirit Awards are the 'best personality' awards of Hollywood."

And just when we thought it couldn't get worse...

"Let all those feather-haired mother-f****** get their Oscars tomorrow night. Their handsome good looks will fade in time. Our independent personalities will shine on forever!" he said.

Fans all over the world were seriously impressed with his savage speech...

And many have found themselves agreeing with everything that Sandler said.