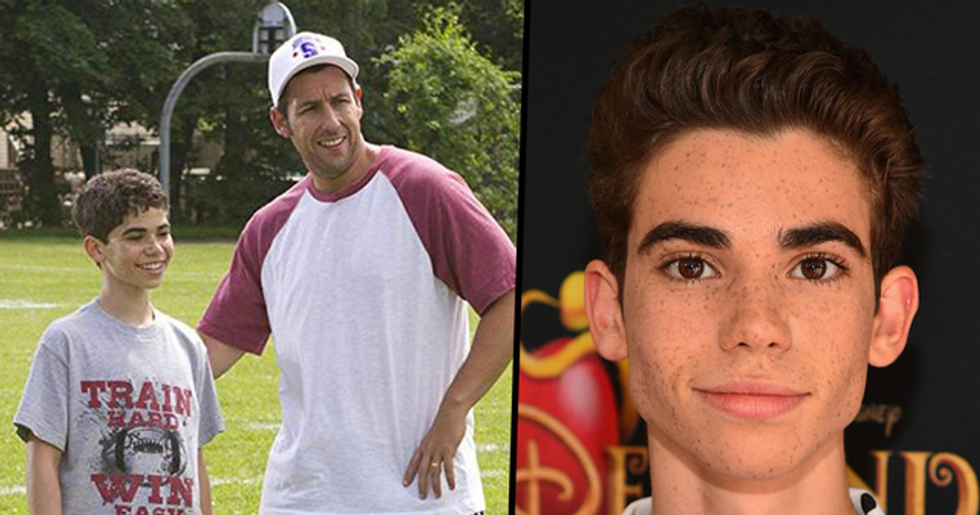 It always feels tragic when someone in the public eye passes away. But things feel even more heartbreaking when the person in question is so young - it seems like such a waste of positive potential. Such was the way that news of the passing of Cameron Boyce has hit the internet.

The star of several Disney Channel productions, alongside films like Mirrors, Eagle Eye, and the Grown Ups franchise, Boyce was also a passionate philanthropist and activist. He passed in the night on July 6th of a seizure. Everyone who knew him spoke highly of the young man - and several famous faces have shared some deeply moving tributes.

In spite of his incredibly young age, he'd already made a big impact in the acting world. He began working when he was super young and thus had a really impressive portfolio.

His range of credits is surprisingly long.

Many will primarily recognize him from the Disney Channel movie franchise, Descendants, in which he starred as the son of Cruella De Ville.

He'd been acting since he was just eight.

Boyce's first role was actually in a Panic! At the Disco music video in 2008 ("That Green Gentleman," if you want to look it up).

He also had credits in some successful movies.

Boyce starred in horror movie, Mirrors, and mystery-thriller, Eagle Eye. He was also a Disney Channel favorite, with roles in Good Luck Charlie, Shake It Up, and Jessie.

But there's probably one role that Boyce is best known for.

In 2010, Boyce made his first appearance in the Grown Ups movie franchise as the spoiled son of Adam Sandler, Keith Feder.

From birth, Boyce had an interesting life.

He was born to a mixed Jewish and Afro Caribbean family. Interestingly, his paternal grandmother was one of the Clinton Twelve, twelve of the first students to enter a mixed-race high school after a ruling in Brown vs. The Board Of Education.

He worked for many favorable causes over his career.

He was an advocate for The Thirst Project, a charity dedicated to providing clean and drinkable water to disadvantaged communities.

Boyce kept some secrets from the public eye.

One of which was an ongoing medical condition which resulted in him suffering from seizures. And on July 6th, tragedy struck for Boyce and his family.

Details around his passing are still a little hazy.

"It is with a profoundly heavy heart that we report that this morning we lost Cameron," a spokesperson for the family told CNN. "He passed away in his sleep due to a seizure which was a result of an ongoing medical condition for which he was being treated."

The family also shared their heartbreak.

"The world is now undoubtedly without one of its brightest lights, but his spirit will live on through the kindness and compassion of all who knew and loved him. We are utterly heartbroken and ask for privacy during this immensely difficult time as we grieve the loss of our precious son and brother."

But that's not the only source of tributes.

Many fans have taken to social media to declare their sadness concerning the loss of Boyce and to talk about some of his greatest achievements.

Many pointed out the shock of the news.

Nobody could have guessed that what seemed to be a healthy, hardworking twenty year old could pass away almost without warning, overnight.

Others made this observation.

It seems that, when someone dies young, they're almost universally regarded as a wonderful person.

Many have taken things hard.

It seems that a lot of Generation Z feel an intense connection to Boyce, likely because he became so inherently intermingled with their memories of their childhood.

While some made this point.

It does seem like we live in a pretty unjust world when trash people are allowed to continue being trash without consequence, while universally beloved stars like Boyce pass on.

While one Twitter user pointed out this tragic fact.

Boyce revealed that his favorite Disney movie was Mulan, and he died just as the live-action remake was announced.

But it wasn't just fans who spoke up.

I knew within three seconds of working with Cameron Boyce that he was the real deal. Just a joy to work with. I can… https://t.co/EKnpi1TlM5
— Brian Stepanek (@Brian Stepanek)1562558036.0

Brian Stepanek, actor and voice actor known for The Suite Life Of Zack & Cody and The Green Book spoke very positively about his experiences with the star.

Canadian actress and author, Keegan Connor Tracy, wrote, "Darling, sweet Cameron. I find this news unfathomable, that a brilliant light such as yours could be gone. I think immediately of your beautiful smile, your infectious energy and your absolutely boundless talent. You, the baby of the crew, so young they were forever pumpkining you out for ‘fake Carlos’. To have watched you spin your way through these years with kindness and humility and just begin to come into your own...it is cruel and ugly to see that taken away. I send an ocean of love to your family with whom you were so close and who must be drowning in heartache. As a mother I simply cannot comprehend. It is small comfort that at least you shone more brightly in your few years than most do in a lifetime. Dance through the stars, keep shining. I just still cannot believe."

And she wasn't the only one.

Actress, Danielle Doan, shared an image of the two together with a simple heart as a caption.

Others who had worked with Boyce spoke out.

Fellow Descendants star, Sarah Jeffrey, shared a picture of the two hugging with a caption of a broken heart.

Wendy Raquel shared a picture of the two on set.

Raquel played Boyce's mom on Descendants. Her emotional tribute read: "My dearest Cameron...my forever Carlos❤️I’m at a total loss of words, my heart is aching, praying for your precious family, I love you Victor! You came into my life for: A Reason: To shine light and laughter in dark and hidden spaces-Thank you Cameron! A Season: we had so much fun creating magic on the set and at @amazinggraceconservatory A Lifetime...precious memories that I will cherish forever! Iconic characters tethered together forever! Wow, everyday is a present, a gift from God! Today I Celebrate your life, legacy and love you brought to the world Cameron! I will never forget your infectious smile and how you made me feel, I’m so thankful our lives intersected! You are #Amazing❤️❤️??❤️ #RestWellMySon"

She shared her tribute to Boyce on her Instagram story, but it was saved for posterity and reposted to Twitter.

And there were some veritable A-listers who also spoke up.

Selma Blair shared an image of the young actor, with the caption: "Cameron Boyce. Arthur’s role model. For years to come. I loved knowing such a soulful, talented young man was out there for my son to look up to. We are saddened to learn of his passing. And my heart hurts for his family and loved ones."

She wrote: "I had the privilege to play Cameron’s mother in #grownups 1 and 2 and we stayed in touch through the years He was spirited, talented, kind, generous, funny and a shining light. His joy will live in our hearts forever as he goes on dancing and shining elsewhere. My heart goes to his lovely family."

But there was one post that really captured the internet's attention.

Adam Sandler, who starred with Boyce in the Grown Ups movies, also posted on Instagram in tribute. He wrote, "Too young. Too sweet. Too funny. Just the nicest, most talented, and most decent kid around. Loved that kid. Cared so much about his family. Cared so much about the world. Thank you, Cameron, for all you gave to us. So much more was on the way. All our hearts are broken. Thinking of your amazing family and sending our deepest condolences.‬"