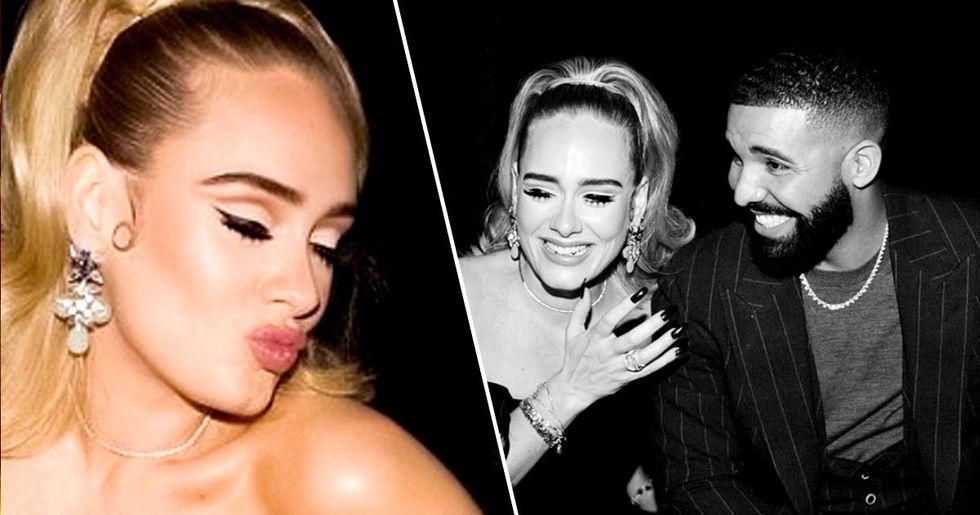 But it's not just her ability as a musical genius that is gaining recognition. Fans and critics alike are claiming that the singer has undergone one of the most iconic transformations they have ever seen. And there are pictures to prove it.

But that's not all! Oh hell no. Just when and where did Adele show off her incredible new figure. At Drake's birthday party shortly after filing for divorce.

Remember, remember, the *blank* of November.

Even though a new single is said to drop very soon, the date for her upcoming album is still pending, though we know it is sometime in November.

And fans can't seem to contain their excitement...

I mean, if it is anything like her previous albums, her list of accolades is about to be extended.

However, that's not the only thing fans are currently talking about...

The singer was recently spotted at Drake's birthday bash...

A source told The Sun this:

The singer was spotted at Drake's birthday bash this week...

And some fans have said she looks "unrecognizable."

I'm speechless. Adele was gorgeous before but put her in an LBD and she's taken it to a whole other level. And check out that bronze eyeshadow! We love!

Her caption read: "I used to cry but now I sweat."

She also added the hashtag "#gingermkenna" in hommage to the villain played by Sharon Stone.

And later that evening, she was spotted at an after-party, where she partied the night away with the likes of Future and Ditty. But there was no sign of her rumored, new beau... Maybe they're going to hold out a bit longer before they make that announcement. That night was about Drake.

It's only been a matter of weeks since Adele filed for divorce from her husband of years, Simon Konecki. They announced their split back in April but only officially filed for divorce in September, reports TMZ.

They had a very secret relationship.

Everything about Adele's relationship and marriage was kept out of the limelight. And even nowadays, in the aftermath of filing for the divorce, there isn't masses of information out there. All we know is that Adele and Konecki are separated but working together to give their child a fantastic upbringing.

We've always loved Adele - and all we could possibly hope for is that she herself is happy. Keep an eye out for the singer's new album which is set to be released sometime next month.