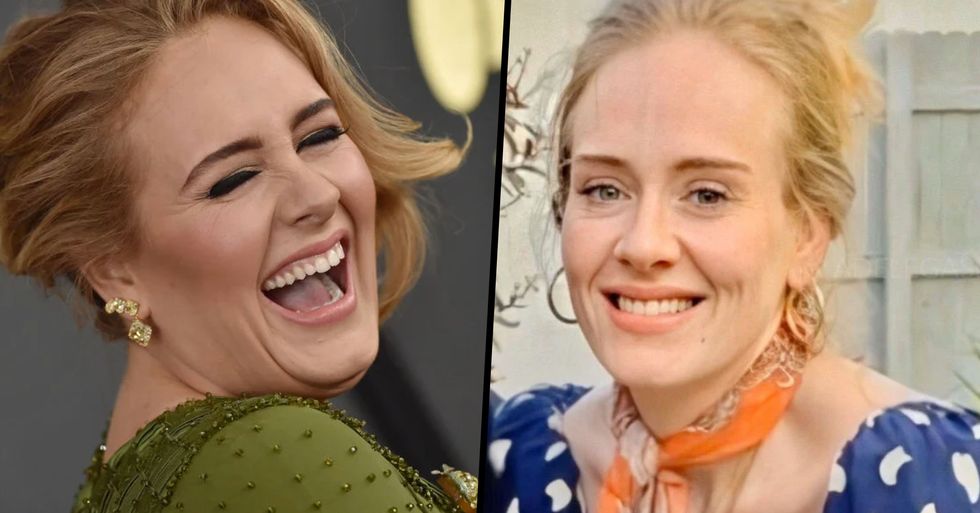 Recently, fans have begun to notice how different the star looks, and now the songstress has revealed the true extent of her dramatic transformation...

But recent pictures have shown an alarming transformation, in fact, some fans have even raised concerns. Keep scrolling to take a look.

Which is why the latest photos of the hitmaker have shocked fans.

Adele has been vacationing in Eastern Caribbean.

She's been taking some time away from the spotlight, relaxing on vacation with no other than Harry Styles.

The singer was spotted on the beach this weekend.

And the pictures have got many people really worried about her health. During the trip the singer opened up to fans about how she achieved her dramatic weight loss... keep scrolling to find out more.

But fans couldn't help but look past her dramatic weight loss. While many have praised the star and hailed her weight loss as "incredible," some disagreed...

Some have said the star is too thin and have aired their concerns over her shocking transformation.

Here's the picture that got people talking:

She has lost a lot of weight... And now she's revealed exactly how much.

During her vacation, Adele revealed to a fan just how much weight she actually lost.

At first, the fan didn't even recognize her... According to Ladbible, Lexi Larson from Massachusetts, didn't recognize Adele first, due to her huge weight loss, but when she and some friends went into Blanchards Restaurant and Beach Shack, they noticed that Adele was sat with Harry Styles.

"A few minutes later, Adele came over and sat down next to me and my friend and was like, 'So what can I do for you girls?" she explained.

Lexi claims the singer told her she had lost around 100 pounds.

"She said she lost something like 100 pounds, and that it's such a crazy positive experience. She seemed so happy, and she looked amazing. She seemed really confident." Adele isn't the only celeb to recently undergo a huge weight transformation. Keep scrolling to see why the latest pictures of Simon Cowell have left fans shocked.