These Adorable Animals Are Almost Too Cute to Function | 22 Words 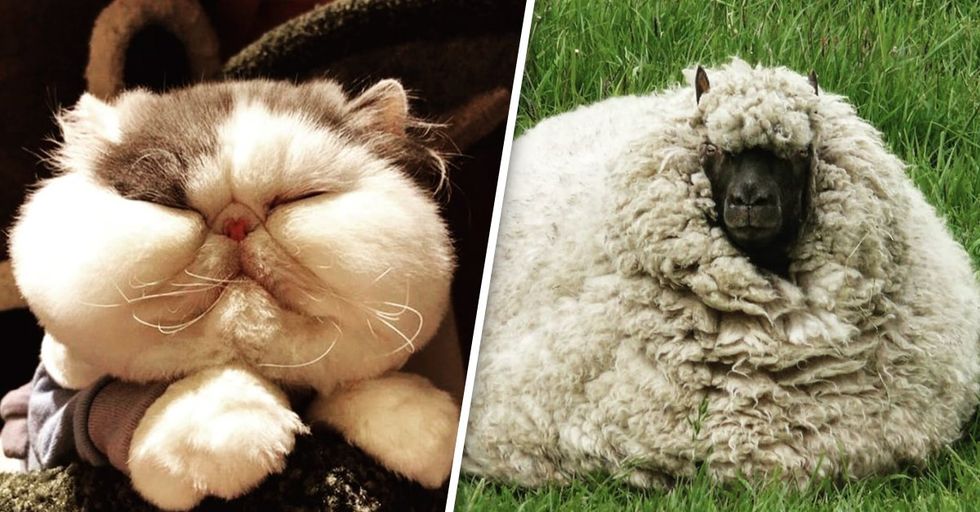 These Adorable Animals Are Almost Too Cute to Function

Are you familiar with "absolute units?" The phrase hit meme stardom a while ago. "Absolute units" refers to good boys and girls, most appropriately animals, who are large and in charge. They are beefy, they are chunky, and they claim a lot of space, so to speak. These animals are not afraid to be enormous. They are not necessarily fat, and of course, we are not in support of unhealthily large animals. However, neither are we against healthy fatness, which is also a thing. These animals are doing them, and that, my friends, is what matters.

These absolute units are mighty impressive. In fact, "impressive" is an understatement. These adorable animals are the best things you will see all day. They will inspire you to be yourself and to claim your space. They are fabulous and free– and we could all learn a thing or two from these absolute units.

The animals in this list have got it going on.

They are large. And man, are they in charge.

Perhaps you've seen this photo going around. Knickers is a very large cow. Knickers was very quickly dubbed "big cow," but then...

Dozer came along. Dozer, apparently, is even bigger than Knickers. These are two absolute units, folks.

Animals don't have to qualify as large to be absolute units, though. This squishy cat is definitely a unit, but he is still cat-sized.

Big sheep is big. Big sheep has so much wool, thick horns, and quite the attitude.

Poor Arbuckle was too fat to function, but luckily he was whipped into shape by amazing rescuers, and now he's a fit doggo!

Um, where did you get this picture of me after the holiday party last year? This is really not cool.

Um, that's a big bunny. What kind of bunny is that? Asking for a friend, who is me.

Look at this ball of a bird. He's so proud of his stature. As he should be!

That's an awful fluffy koala for such a tiny branch! Did you know koalas are some of the dumbest animals on the planet? That doesn't stop them from being incredibly cute, however.

I mean, look at this guy. What a round, beautiful unit.

How does a cat get a face so round? What chunky cheeks he has!

This absolute unit of the sea is unmatched in its unitness. I think his face says it all.

Is this a pug or a loaf of bread? Either way, I want to eat it up!

This pretty moth's body is almost too big for him to carry around. Do you think his wings still get him off the ground?

Is it a weasel? Or a stole? Or a mink? I don't know what kind of animal it is, but I do know that it is an absolute unit.

OK, this isn't technically a woolly mammoth– which was its own animal –but this is a mammoth woolly animal, so I defend what I said.

OK, look how soft and velvety its fur is. More to love, more to pet, that's fine by me!

For some reason, I see this photo and I start talking like Amy Poehler and Maya Rudolph in those Bronx Beat sketches. I'm not sure why.

All units wish they had it this good. All this cat has to do is lie in the sun and demand cuddles.

The arms are so small, so useless and so dangly.

Round seal knows it is round and adorable. Look at her face. She is trying to lure you in with her porkiness, and it is working.

I don't know what is going on here exactly, but this is impressive both in width and (lack of) height. How flat can alligators get?

Good thing that this guy's on the sand because I don't think he'd be able to swim away from predators very fast.

This buff beaver knows that he's got to beef up for the winter. And boy is he doing his darnedest.

Is that what this is? I have no idea. All I know is that this bug is a unit. An absolute unit.

Stand proud, big guy. You deserve every ounce of space you take up.

Now I know where all those nuts went. He's gonna be warm this winter.

This is what happens when you break into people's trash cans every night and lick all the frosting off their Twinkie wrappers. And we wouldn't have it any other way.

Cancel all the dog shows. This guy won. Share this with someone who needs to see these absolute units.