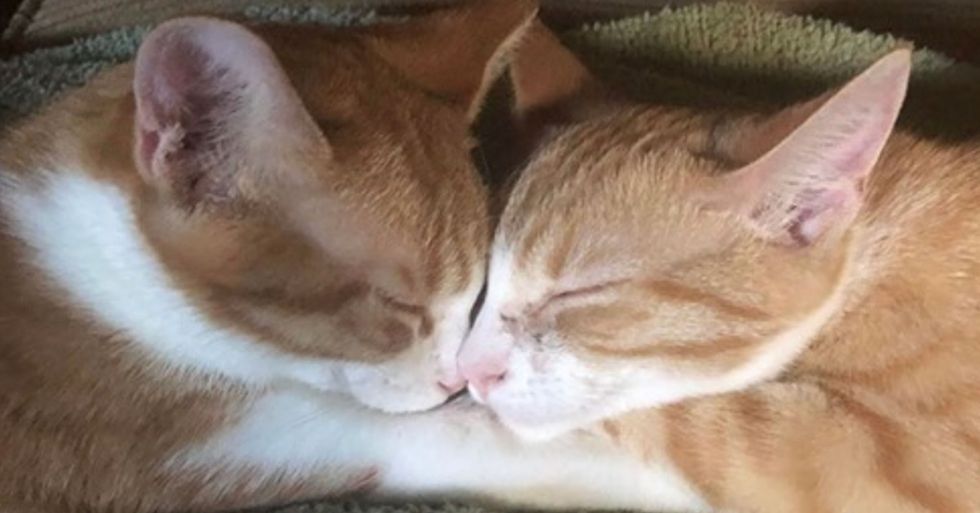 Adorable Cat Siblings’ Reaction To Being Adopted Together is Melting Hearts

Reddit users everywhere are struggling to deal with the cuteness after a new owner shared pictures of the adorable cat siblings he adopted together.

Their reaction is so heartwarming...

Of course, cats have some serious competition with dogs...

But a cat isn't as needy or high-maintenance as a dog is, making them much better pets for people who work a lot.

But despite this fact...

So many cats spend the majority of their lives in animal shelters waiting for a loving home.

And just because they aren't tiny kittens any more...

Many hopeful cat owners simply ignore the older cats who have been waiting so long for their forever home.

And to make things even worse, many older cats end up getting euthanized because they can't find a home.

All animals deserve a loving home...

And this brings us to today's heartwarming story.

Cat siblings have been adopted together, and the pictures prove they're feeling pretty lucky...

After being adopted from an animal shelter together, they snuggled up to comfort one another.

The sisters definitely seem to be enjoying life in their new home.

In another picture posted by their owner, they could be seen play fighting...

With one booping her sister on the head.

Their new owner thought they were so sweet, he decided to post on the r/cats forum.

They wrote: “We recently adopted sisters from our local humane society. It’s moments like this that I’m glad we decided not to separate them."

The post easily racked up over 4,300 likes, with many users thankful to the owner for sharing the heartwarming moment...

One commenter remarked: “If I saw two siblings at a shelter I couldn’t bear to break them up. Good on you for making sure they could still be together. “Also I love that the two pictures show the duality of sibling culture." Take a look at some of the comments below, and check out the adorable picture for yourself...

$79.99 $63.99
Buy Now
See More Deals
We hope you find these deals as awesome as we do! Just an FYI: we may receive a share of sales from links on this page