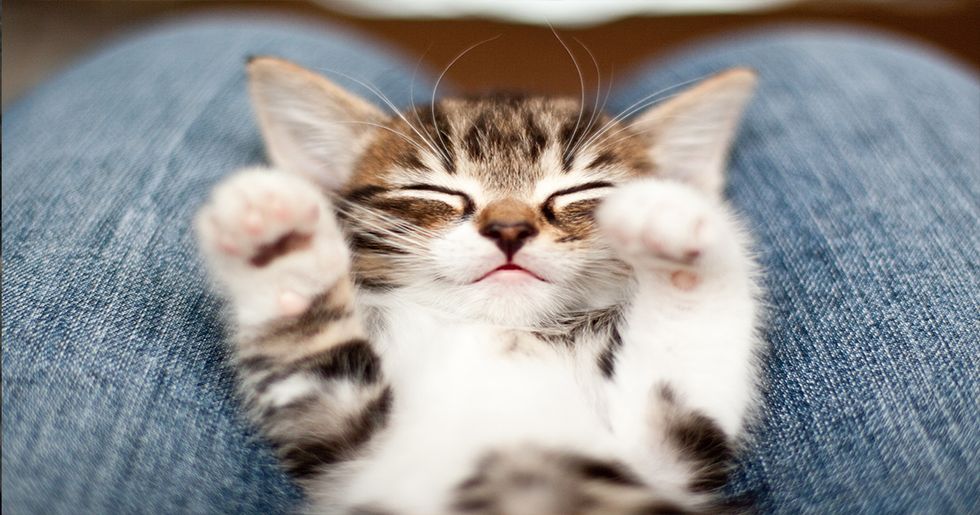 Adorable Pets Who Don't Know How to Do Life

Animals: we love them, they're adorable. Sometimes they do the most adorably puzzling things.

From strange sleeping poses to hilarious attempts at 'walking the dog,' this thread will give you all the laughs and all the cute vibes. So check out these 30 marvelous malfunctioning pets!

Behold, the master of hide-and-seek!

Does it count as ‘walking’ a dog if the dog does this?

He's not ready to leave. -u/blrghh

When you want your dog to go swimming but you don’t have time to stop the boat:

Saw something outside, 'off' switch was activated. Any idea how to flip the switch back to 'on'? -u/aggressivechessgirl Next up, watch a husky pup make a dancing faux-pas!

Huskies are beauty and grace, and sometimes they fall on their face!

Oh, puppy. Try getting off the couch before doing a doggie pirouette.

My cat usually looks a lot cuter than this. I just caught her at a bad moment. -u/badmotherfolker

WHAT did you say?!

You want me to do what now?

This dog is not about it. On the next page, a dog owner pulls a fast one - and the reaction of the dog is too adorable!

WHOA. Where did the snacks go???

Cats: never really knowing if they want out or in.

You’ll get there eventually, buddy.

This dog’s mobility is a little lower than usual.

This cat couldn’t handle its own awesomeness!

Kitty goes from ‘what did you put on me?’ to ‘NOPE’ so fast! Keep reading to see the adorable king (or queen) of all malfunctioning dogs!

Let us introduce you to this amazing pug:

This dog is super jazzed about…something.

Don’t tell me how to sleep!

I guess he’s comfortable? -u/ieatnoob4brkfst Up next: ever heard of the ‘What the Fluff’ challenge? This person's bird had the best reaction!

The ‘What the Fluff’ challenge confounded birds everywhere.

“Helloooo? Where did you go?!"

This cat is done for the day.

Will be back momentarily. -u/SillySaIamander

No distractions. Sometimes you’ve just gotta put your nose to the grindstone and…stare?

Your battery is very low. Plug in your cat now. -u/carrot-man

Always remember to water your cats.

Ever watched a bunny flop over in the middle of sleep?

He’s too tired to care. -u/Etanla Next up: cat shenanigans, from impromptu water fountains to trapping themselves in boxes. Plus, one insane showdown between a dog and the wind!

What is it with cats and boxes?

We were putting some stuff away, and he got stuck like this for 10 mins. -u/Nehaldsouza

This dog’s arch-nemesis is THE WIND.

And he is putting up quite the fight!

You know those cute, toothy smiles dogs have sometimes?

I followed the instructions for a bat when I assembled this doggo. -u/boysinthehoodie

This dog really IS upside down.

When your dog is ready for noms:

What exactly is that doggo trying to lick besides major amounts of floor? Like this story? Share with your fellow pet-lovers, and spread the love for our animal friends!