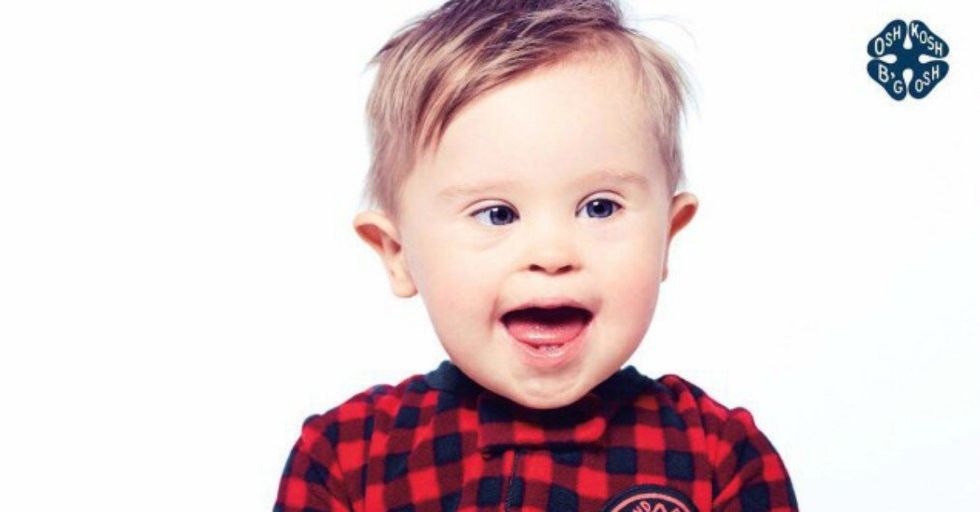 From birth, Asher Nash, who happens to have Down Syndrome, was always remarkably photogenic. So, his mother Meagan naturally submitted her beautiful boy's headshots to local Georgia modeling agency, C2 Kids.

Then the roadblocks began surfacing.

Meagan learned that Asher's agent wasn't submitting her son to various casting calls because he had Down Syndrome.

Upon learning of this discrimination, Meagan told The Huffington Post, “My first thought was how in the world does she know they don’t want a child with a disability if they haven’t even seen his picture?"

While Meagan was eventually able to convince the team to start submitting her adorable toddler for more work, the experience still left her feeling unnerved.

In an effort to further advocate for her talented son, Meagan took to Facebook. She posted on the Changing the Face of Beauty Facebook page about the discrimination the advertising world had shown her son.

Along with voicing details of Asher's story, Meagan also called out kid's clothing retailer OshKosh B'gosh as a forward-thinking industry example with whom she'd love to see Asher model.

She said, “I was hoping by posting the picture and calling out OshKosh, that it just might get enough attention to change the world’s view on people with disabilities and spread awareness about this issue." Nash continued, “I want people to know they [people with disabilities] are not just a trend that comes and goes in advertisement, they are here to stay." And what happened next was truly remarkable.

Over 100,000 Asher fans from the disability community and beyond took to Twitter, Facebook, and so on, voicing their support for this adorable model-in-the-making. And who else noticed Meagan's post? None other than OshKosh B'gosh! Meagan began talks with the brand, and then...

Asher Nash finally landed his first holiday spread in OshKosh B'gosh's holiday ad campaign. As she told NBC News Nightly with Lester Holt, "I want people to realize, you know, someone with a disability can do anything and everything they set their mind to....that [disability] doesn't define who he is. There are no limits to what he can do in his life." Way to go, Asher! We are so glad to see your sweet face on these gorgeous ads this holiday season.