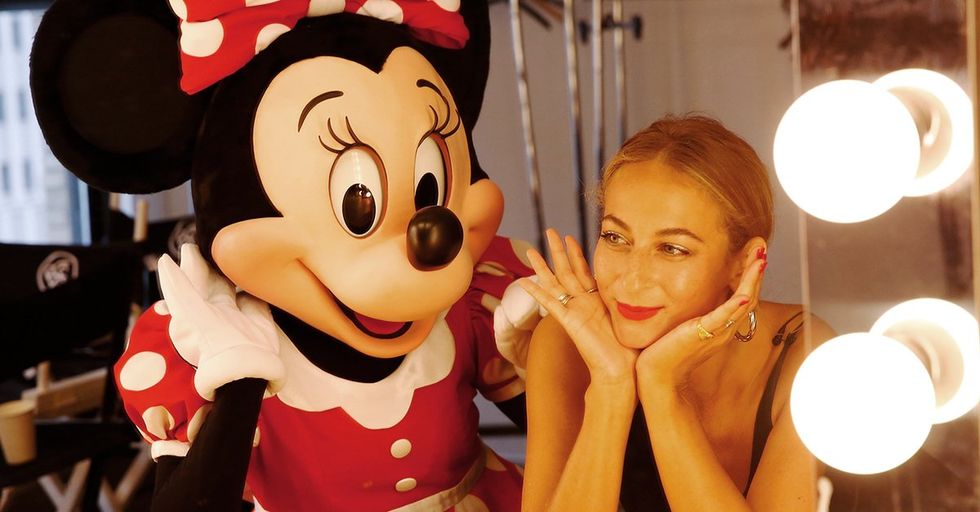 Adult Jokes About Disney Movies That Will Crack You Up

Disney movies will always have a special place in our hearts, but now that we're adults, some details from the Disney universe have taken on completely new meanings.

These Disney jokes are guaranteed to make you giggle!

"World history in one sentence" is right. Too true, too true.

This annoyance of puns

That last person has had just about enough of the Peter Pan puns... Or should I say...Peter Puns?

This glimpse of the future

The look of total desperation. The frazzled nature of her hair. Yeah, it checks out.

Except I think I always look like the bottom picture. I haven't found my angle!!

Um, this still from The Proud Family predicted Beyoncé's future... An older girl, a set of twins, one girl, one boy... This is scary. The next one isn't scary, but it is true...

Raise your hand if you've felt this. Yeah, I thought so.

Heck yeah that's the truth! Being a woman...or an ocean mountain goddess...is hard.

Adjectives seem to the be the way of Disney movie titles lately. They went from names or descriptors (Beauty and the Beast) to one adjective really suddenly.

This portrait of adulthood

Suddenly Cruella de Vil doesn't seem so evil anymore, huh? She's just trying her best. But no, she's evil. She wanted to make a coat out of puppies!

As a fan of both Aladdin and Celine Dion's song from Titanic, this joke warms my heart. The next one shows us a Disney pattern we may not have been aware of...

I guess all you have to do to become a villain is to start calling all the people around you fools. Seems easy enough.

But like, seriously. These are way more accurate than their real titles.

I smell a crossover... Shouldn't be too hard since Disney owns Marvel and also everything else.

Real talk: I've always loved the pile of stuffed animals in the Disney Store (which I think doesn't even exist anymore), and it was always my dream to get locked in the mall overnight and sleep in the stuffed animals. I wrote a story about it in fourth grade. It was called "Locked in the Mall." I was really creative.

What are we supposed to do?! I think the lesson here is: Always ignore old ladies. Just pretend you didn't even hear them. The next one is my actual favorite...

Get it?! Because he doesn't get Belle! And he's dumb! And he dies a horrible death at the end of the movie! Ahhhhahahaha!

People talk a lot about how Disney movies set unrealistic expectations for girls for their relationships. Yeah... with woodland creatures. I thought mice and birds would come tidy up my apartment, but noooooope.

Look, it's a cartoon. It doesn't have to make sense. She also fights a giant rainbow crab.

What, is the magic carpet drunk or something? Diamond-in-the-rough night?

It's true. Don't tell me you haven't thought about this. Share this with the Disney-phile in your life!