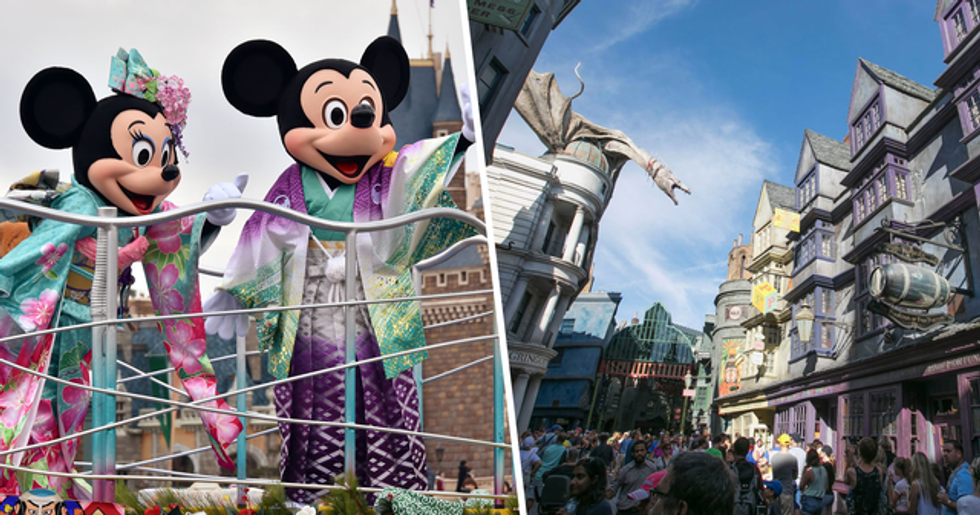 Does anybody remember visiting Disney World or Universal Studios as a kid? Or as a teenager? Or as an adult…?

The two theme parks are truly magical for everyone, no matter what age you are. The characters, the rides, the cotton candy, the music, the magic… nobody can deny that these parks are the place of dreams, which makes them the perfect places for a family getaway.

The only catch? They're damn expensive.

Everyone knows that, if you want an Orlando vacation, you have to save up an awful lot of money which, for most of us, takes a long time. But worry no more, because I am the bearer of very good news.

In 2020, adults are going to be able to bag tickets to both parks - at children's prices. It's almost too good to be true, isn't it? The offer isn't on for long, however, so get scrolling to read all the details, and to find out how you can apply.

Orlando is the ideal vacation spot.

It is home to one of the best parks in the country...

Walt Disney World and it's many franchise parks, of course.

Disney World is the perfect location for family vacations.

Since the opening of the original Disneyland, it has been renowned for its family-friendly atmosphere and fun-loving attitude towards all visitors, no matter how old. Especially for young children, a visit to Disneyland is a dream come true.

And that isn't all Orlando has to offer...

Because the prime vacation destination also plays home to the iconic Universal Studios.

And boasts an impressive range of rollercoasters and attractions, including the highly-sought after spots of Harry Potter Land, Jurassic World, The Simpsons Land, and Toon Lagoon.

And, with the two parks being within such close proximity from one another...

People tend to pay for passes for both parks while they're visiting.

It is every child's - and most adult's - dream to embark upon an Orlando vacation.

However, there's a catch.

There's one main thing that stops families from fulfilling their Disney and Universal vacation dream.

And that's the cost.

The prices add up...

For a fourteen-day Disney World pass, you'll be set back around $515, whereas just a day pass for Universal Studios will swipe a hefty $115 from your bank account.

Because these parks, despite how amazing they are, will bleed you dry.

But there may be hope.

Don't despair, because your Orlando vacation may be able to happen, after all!

At children's prices! And, boy, will it make for some attractive savings.

This is not a drill.

A wide variety of tickets are available as a part of the offer...

Including a 14 Day Ultimate Ticket to Disney or a 3-park ticket to Universal Orlando.

And if you can't decide between the two parks...

There are even combination tickets to both the resorts if you're planning to explore a whole host of Orlando's attractions.

And it expires on November 29th next week... So what're you waiting for?! Get booking here. Though there are some people who think Disney World is for children, and children only. Keep scrolling to hear what one angry mom had to say about millennials visiting the park...