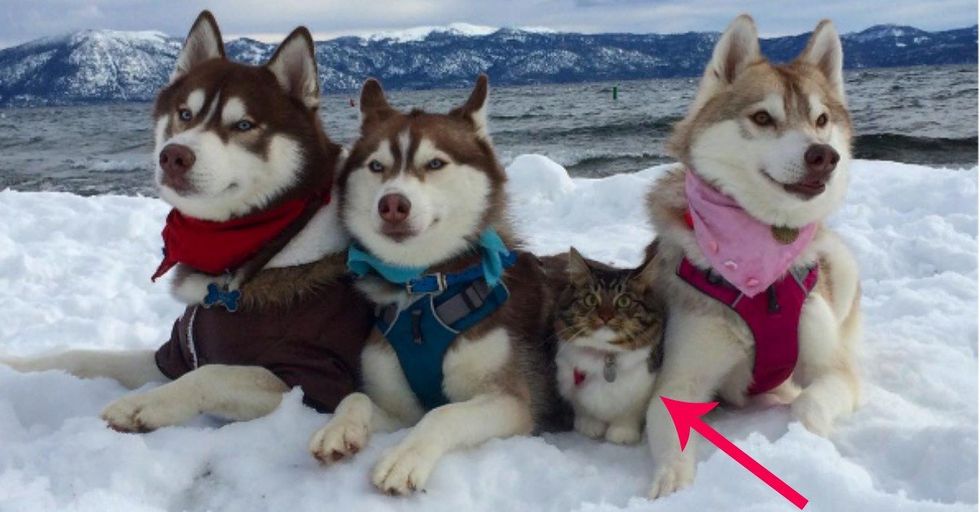 After Being Rescued and Raised By Huskies, This Cat Totally Thinks She's a Dog

Meet Rosie, a cat who has a bit of an identity crisis, but with good reason.

She lives in a house bustling with not only humans, but also a couple other animals — including her "mom," a Husky named Lilo who saved Rosie's life.

As a tiny kitten, Rosie was in such rough shape when she showed up at Lilo's house, the family questioned if she would make it.

"Even with round the clock care she was lethargic and limp," her human said. "So we decided to go out on a limb and let her cuddle extensively with Lilo."

Rosie and her surrogate mother bonded instantly, and after a week of tender loving care, she opened her eyes and began to walk on her own.

And the rest, as they say, is history, as the two of them have become inseparable ever since.

They go out and explore the park.

And even go kayaking together.

And thanks to her doggy family, Rosie has even begun to pick up some canine habits like panting and walking on a leash.

In other words, she's one of the pack.

Who knows what kind of adventures they'll get into next?

Check them out in action.