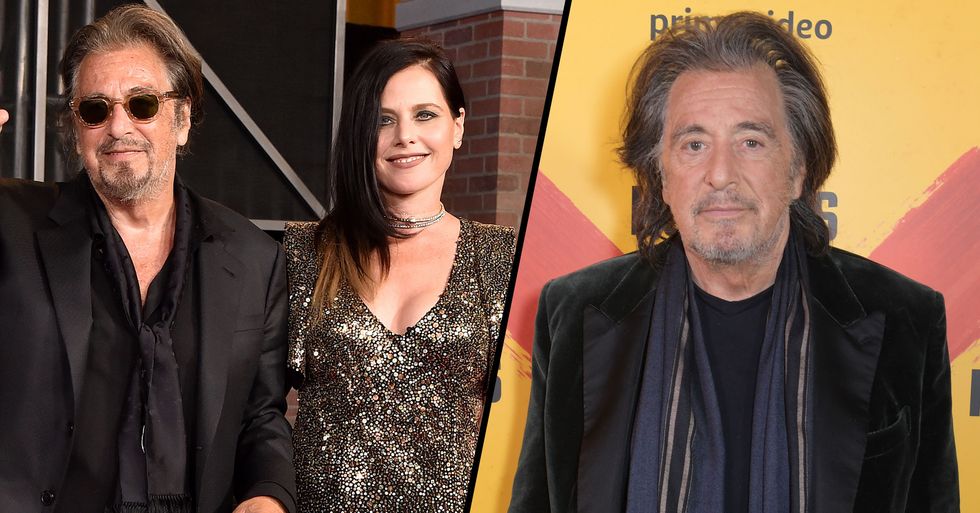 Al Pacino is one of the most iconic actors in the world.

He has many years of experience on his belt and it's safe to say that this man has done it all.

But recent news has emerged that his long-term girlfriend, Meital Dohan, has split up with the Hollywood actor because he is "too old."

Al Pacino is one of the most timeless actors out there.

The actor and filmmaker's career spans over 5 decades, making him a very much loved face in the world of showbiz.

Pacino was brought up in a relatively normal family environment in the Bronx with his mother and grandparents.

He is a fine example of an actor who started from the very bottom...

As a teenager, he went by the nickname "The Actor" and he attended the High School of Performing Arts... much to his mother's disapproval.

This disapproval caused Pacino to leave the family home...

And he worked casual jobs such as being a messenger, a janitor, and a postal clerk to fund his way through school and college.

After 4 years of working at HB Studio...

Pacino successfully auditioned for The Actor's Studio - a membership organization for professional actors.

This is where he studied "method acting"...

And this is also where he met acting coach Lee Strasberg, who would later appear with Pacino in some of his most iconic movies.

And Pacino's big break came when he landed a role as a heroin addict in The Panic in the Needle Park (1971) which ultimately caught the attention of director Francis Ford Coppola.

It was Coppola who landed Pacino his role in The Godfather in 1972...

And believe it or not, Pacino landed this life-changing role over the likes of Jack Nicholson, Robert Redford, and Robert De Niro.

After his role in The Godfather...

He has earned a very well-respected name for himself over the years...

And he has won countless awards, including Academy Awards, Tony Awards, an Emmy Award, and an Oscar.

That Al Pacino is a very successful man.

But what about the successes in his personal life?

Despite never being married, Pacino has fathered 3 children. His eldest child is Julie Marie, who was born in 1989 to acting coach Jan Tarrant.

Anton James and Olivia Rose were born to actress Beverly D'Angelo, who Pacino was romantically involved with between 1996-2003.

He has had many on-and-off relationships over the years...

Including the likes of Tuesday Weld, Jill Clayburgh, Marthe Keller, and a 10-year relationship with actress Lucila Polak.

His most recent relationship was with Israeli actress Meital Dohan...

And the seventy-nine-year-old actor had a pretty big age gap with his most recent beau.

And despite the pair having dated for over a year, Dohan has recently called it quits on their relationship.

She admitted that Pacino's age had a lot to do with the break-up...

Speaking to Israel's LaIsha magazine, Dohan explained, "It's hard to be with a man so old, even Al Pacino. The age gap is difficult, yes. I tried to deny it, but now he is already an elderly man, to be honest. So even with all my love, it didn't last."

Dohan insists there's still a lot of love between them...

She went on, "I had a fight with him and left him recently, but of course I really love and appreciate him, and I was glad to be there for him when he needed me, and to be a part of his legacy."

Now being too old is never a nice reason to be dumped...

"It's an honor for me," she went on to say. "I'm glad this relationship happened between us, and hope we remain good friends." But we're sure that Al Pacino is doing just fine! Keep scrolling to learn why The Irishman was named the best movie of 2019...