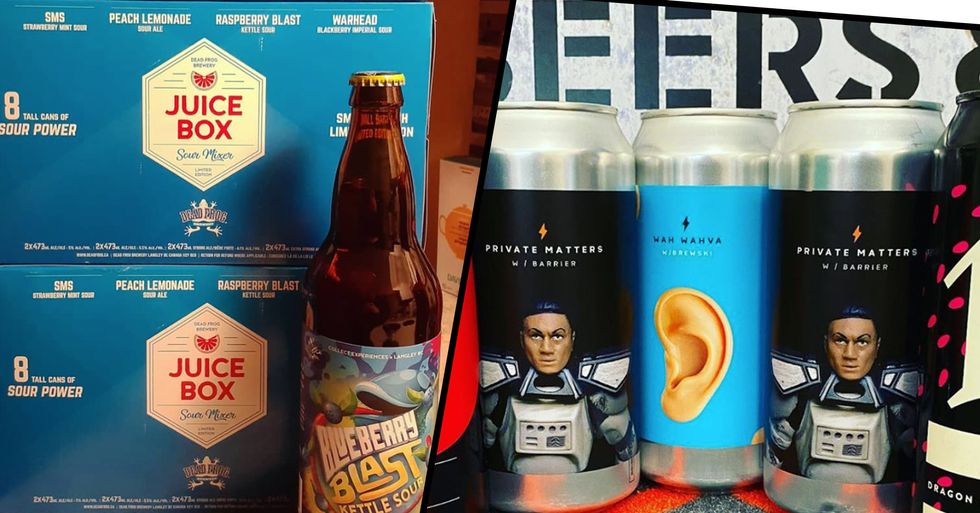 Alcohol Sales in the US Just Saw a 55 Percent Surge

Aside from binge-watching our way through everything and anything on Netflix, there isn't really much else we can do while stuck at home.

Apart from one thing, that is: drink.

Yep, it seems many of us here in the States have turned to alcohol while we self-isolate and there's one week, in particular, that experts believe marks the peak. Keep scrolling for the shocking figures...

It's an art that we are all trying to perfect and, boy, are we struggling.

Because, in case you haven't heard, we are currently in the midst of a global pandemic.

The virus has been spreading across the globe at an alarming rate...

We can hopefully delay and prevent catching and spreading the potentially deadly virus.

Over the weekend, President Trump announced that the federal guidelines on social distancing have been extended for at least another thirty days.

People are already losing their minds having been cooped up in the house for days on end, so this news has come to the dismay of many.

Many have been hastily looking for new ways to stay entertained.

Most of us have already ticked off most of the typical stay-at-home entertainment methods.

Deep-cleaning the house, rearranging the furniture, watching all the Netflix... You name it, we've tried it.

And many have been getting imaginative with their time-killing techniques.

Whatever floats your boat, right?

But most have been going back to their roots.

Many of us have been digging out the old childhood classics from the basement to put an end to those quarantine woes. Another game of Monopoly, anyone?

There's also been a much simpler way that people are dealing with self-isolation...

With the closure of bars, restaurants, and clubs, alcohol sales have well and truly surged in recent weeks.

And the figures are shocking.

Although we have to admit, part of us isn't entirely surprised.

Trends like virtual parties and happy hours have added to the demand for alcohol at home.

"I know there are some people doing virtual happy hours, maybe they need wine for that, and people are not comfortable going out, so if they can get a delivery they'd like to do that," explained Rob Fischer, CEO of Astor Wines & Spirits in Manhattan.

According to research from Nielsen, alcohol purchases rose by fifty-five percent...

Data collected from week beginning March 21 showed a huge jump in sales. And that's not all...

During that week there was a seventy-five percent increase in sales of spirits in comparison to the same time frame last year.

Liquors including tequila and gin were among the most popular choices.

Nielsen’s vice president of beverage alcohol practice, Danelle Kosmal explained to Drinks Business: “I suspect that the week ending March 21st will feature the strongest growth rates that we will see during this consumer pantry-loading time."

Now, they are waiting for new data to confirm this.

“Data for the week ending 28 March will be very telling, and I think it will be a better indicator of the new normal in how consumers are responding to the crisis and their new normal, centered around the home." Interested in more tipple-related news? Well, you're in luck. Jägermeister has launched a more unusual take on its classic drink. Keep scrolling to find out what the odd combo is. Could it end up being your self-isolation go to?