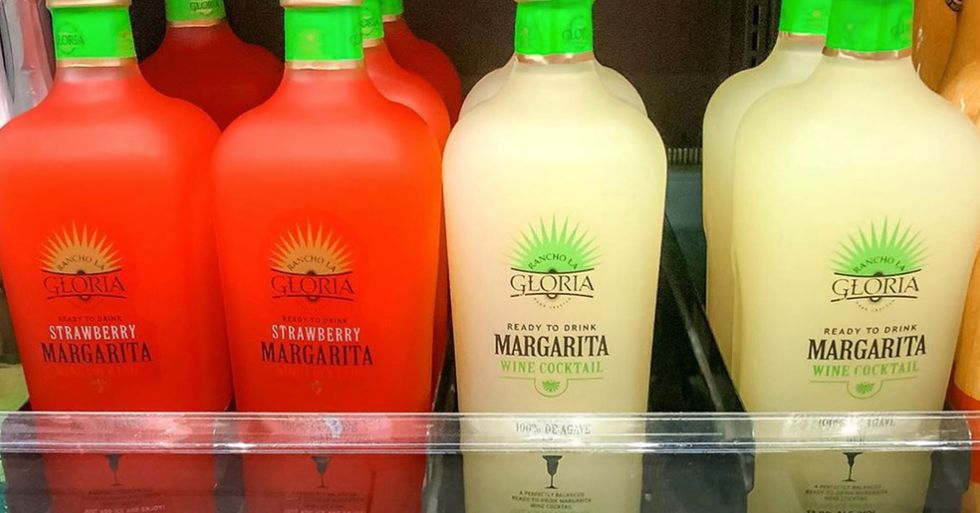 A lot of us seem to have been drinking a bit more recently. But if you're getting bored of the same wine or beer every time, and are wishing for a fruity cocktail, then Aldi might have a good solution for you!

Keep reading to find out what could be your new favorite drink...

Now, who doesn't love a drink every so often?

A wine, beer, cocktail, or a mocktail.

Often enjoyed on an evening to relax.

Or a night out with friends.

And given current circumstances, some people have found themselves bored.

And not needing to go into work.

Meaning they have more time to enjoy the little things at home.

Things like sitting down to a nice home-cooked meal on an evening with a glass of wine.

Or joining a group call with all your friends.

Well, if you are someone that enjoys an alcoholic drink.

And you're up for trying something new.

Then Aldi's new drink might be perfect for you.

As they've released a margarita wine.

Sound quite strange, doesn't it?

The refreshing taste of a tequilla-filled Margarita.

But with wine - that's quite a twist!

Or if it would even be nice to drink...

But from the loyal fan-base that the margarita wine has already developed, it must be good!

The drink is made from agave wine, which comes from the same plant as tequila.

But it contains less alcohol.

Tempted to try it yet?

The drink was spotted on shelves in two flavors: classic and strawberry.

To be enjoyed over ice, the drink is described as "lime and lemon-curd meringue with a smooth sorbet finish of candied-orange peel."

Now, it doesn't actually contain any tequila, but...

You might be surprised to hear that it still contains 13.9 percent ABV, which pretty high.

Despite our lack of knowledge about margarita wine, it seems that many others know a lot about it.

Lots of people have already shared their reviews - many of which are good!

One Instagram user said "I found this at Target. It's delicious"

Another user agreed. It seems that they can't get enough of it, in fact! "I’m a loyal fan of these I started drinking them about 3months ago and ever SENCE then I buy them like a six pack @ $10 a bottle."

Whilst others, who were yet to try it, said that they needed it on their next grocery trip, with one user writing "I’m buying them tomorrow!"