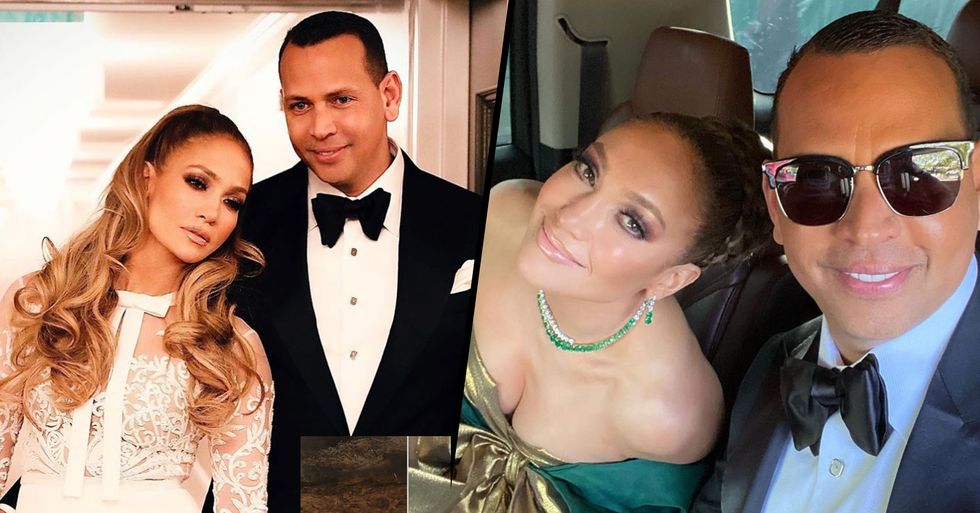 Jennifer Lopez has been a household name since the mid-nineties and has given us multiple banging tunes and feel-good movies.

But her life in showbiz isn't the only thing that she is known well for, and that is for her numerous A-lister relationships.

But her most recent beau seems to be the real deal, and he did the sweetest thing for her at this year's Golden Globes.

But there's another reason that J-Lo is a household name...

Following this divorce was her first of a string of power-couple pairings.

After all that drama, she enjoyed a brief dalliance with former back-up dancer, Chris Judd. In fact, the pair enjoyed another whirlwind marriage between 2001 and 2002.

So quickly, in fact, that the two (yet again) married in June of the very same year.

Now that's an awful lot of relationships to remember...

But it seems that things are going very well between Lopez and Rodriguez as they're still very much together to this day... and believe it or not, they're engaged to be married.

We're all definitely thinking the same thing... how on Earth is she fifty-years-old?!

She posted some pictures of her celebrations on Instagram...

And it looked just as decadent and glamorous as we'd have expected from J-Lo. We guess our invitation got lost in the mail?

And, of course, Rodriguez was firmly in attendance, partying right alongside his wife-to-be and even taking a luxurious vacation to Saint Tropez with her.

He went on to gift his fiancee with a very expensive new car.

The pair appear to be happier than ever...

And Rodriguez attended the 2020 Golden Globe Award Ceremony with his fiancee this week, who was nominated for the Best Supporting Actress Award for her role in Hustlers.

Lopez didn't win the award after being cast aside by winner, Laura Dern for her incredible performance in Marriage Story.

It was a very deserving win on Dern's part...

But naturally, J-Lo was bound to be disappointed.

But luckily for Lopez...

She had her loving and supportive fiancee at hand to cheer her up.

"Jen, it doesn’t take a trophy, medal, or plaque to identify a true champion," he wrote. "To millions of young women who have watched you and have been inspired and empowered to do amazing things in their lives, you are a champion."

To him, she's always a champion.

He clearly loves her with all of his heart...

"To everyone whose lives you enrich daily, you are a champion. And don’t you ever forget it," he finished with, along with a row of love heart emojis.

The post triggered a surge of love and admiration...

With users commenting, "You guys are too cute," and "An inspiration and a winner to all of us!"

Rodriguez seems to be good for J-Lo...

And let's hope that their relationship continues to blossom and grow!