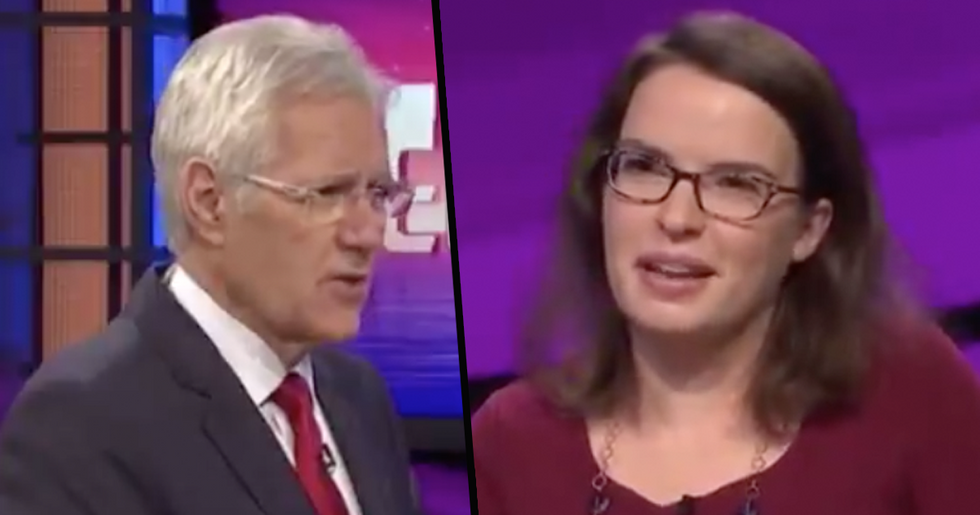 Not only is Jeopardy! a constant in many households, but so is its host, seventy-eight-year-old Alex Trebek. The television personality has been a part of the syndicated game show since its revival in 1984. It's no secret that Trebek, has been plagued with ongoing health issues - and it seems a tragic end may be imminent.

But it seems Trebek is planning to keep on working - and one amazing Jeopardy! moment has reminded the internet why he's the GOAT.

But this week saw a brand new amazing Trebek moment.

“Your favorite type of music is something I’ve never heard before but it doesn’t sound fun," Trebek prompted.

“It’s people who identify as nerdy rapping about the things they love: video games, science fiction, having a hard time meeting romantic partners, you know? It’s really catchy and fun," explained the contestant.

But Trebek instantly shot her down. “Losers, in other words." Ouch!

Some are feeling sore.

Who's going to be the first to write a song gunning for Trebek? His name already rhymes with Star Trek n everything https://t.co/hpYT6hPrEB
— Kermit Gulag (@Kermit Gulag)1476338900.0

Although we cannot wait to see the diss track that comes out of this.

But other fans were more forgiving.

Hey #Nerdcore fans! Trebek was mean to Susan Cole & I hope he apologizes, but we DID start the scene based on being losers.
— Fat Skeleton (@Fat Skeleton)1476324227.0

We're so glad he's still here to deliver these amazing TV moments. And for more game show gold, scroll on...