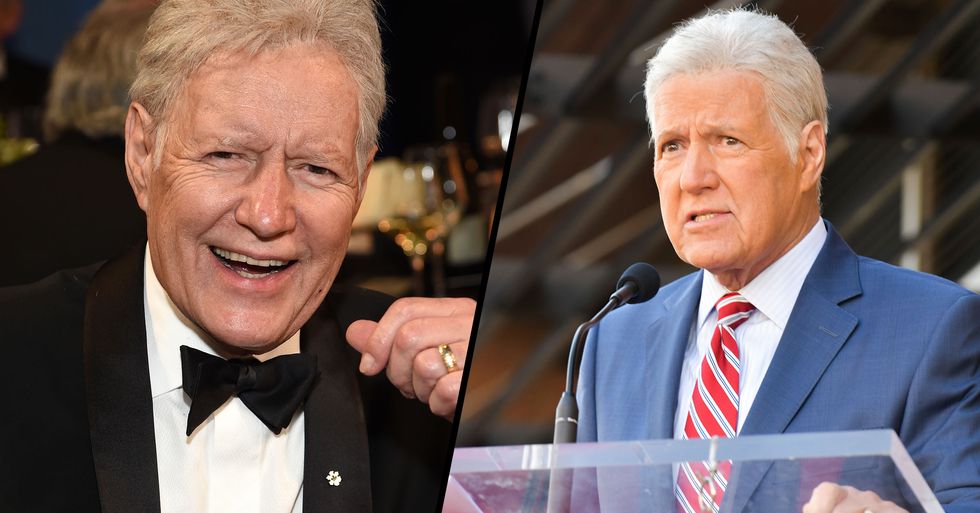 Not only is Jeopardy! a constant in many households, but so is its host, seventy-nine-year-old Alex Trebek. The television personality has been a part of the syndicated game show since its revival in 1984.

Although he has suffered ongoing health setbacks, Trebek has vowed to fight the illness.

And now, despite his illness, Trebek has now shown the ultimate act of kindness by donating a lot of money to a homeless shelter.

Alex Trebek has been the show's very much loved host since 1978...

And the seventy-nine-year-old has truly made a name for himself over the last 3 decades from his appearance on the show.

But last year, Trebek had some bad news...

"Just like 50,000 other people in the United States each year, this week, I was diagnosed with stage 4 pancreatic cancer. Now, normally, the prognosis for this is not very encouraging, but I’m going to fight this, and I’m going to keep working, and with the love and support of my family and friends and with the help of your prayers also, I plan to beat the low survival rates statistics for this disease," he said in March of last year.

But let's rewind... Can we talk about the part where he says he's under contract for the next 3 years?

He went on hiatus in January of 2018 after undergoing surgery to remove blood clots from his brain... and, miraculously, he quickly bounced back, better than ever.

And, for a while, it looked like our prayers had been answered...

Because it was announced that Trebek was returning back to work as the host of Jeopardy!.

But behind the scenes, the host was still battling the disease...

Even though he was not technically in remission yet, Trebek has vowed that he will keep working while he's "on the mend." "I plan to beat the low survival-rate statistics for this disease." What a man!

The new season of Jeopardy! (with Alex Trebek as the host!) premiered September 9th of last year.

But we were then hit with even more heartbreaking news...

Alongside the jump in numbers, Trebek claimed he was experiencing "excruciating pain" in his back, along with nausea and fatigue.

"We'll play it by ear and keep chugging along until we either win or lose," he said valiantly.

But through thick and thin, he's still dedicated to his job...

He isn't afraid of dying...

And he's gone and shown his kindness even more recently.

The generous donation has gone to the Hope Valley Rescue Mission - a nonprofit organization that aims to combat hunger and homelessness in Los Angeles, California, according to TMZ.

Trebek is no stranger to this organization...

He has donated to them for years, but this is his biggest donation yet.

It was during a recent visit to the mission's new North Hollywood shelter when Trebek made the amazing announcement...

This will help a lot of people in need...

The new shelter will house over eighty beds and bathrooms and will have a laundry room and a commissary, and a wing in the structure will also be named after Trebek.

This is such a beautiful gesture...

And we hope and pray for Trebek's speedy recovery very soon.