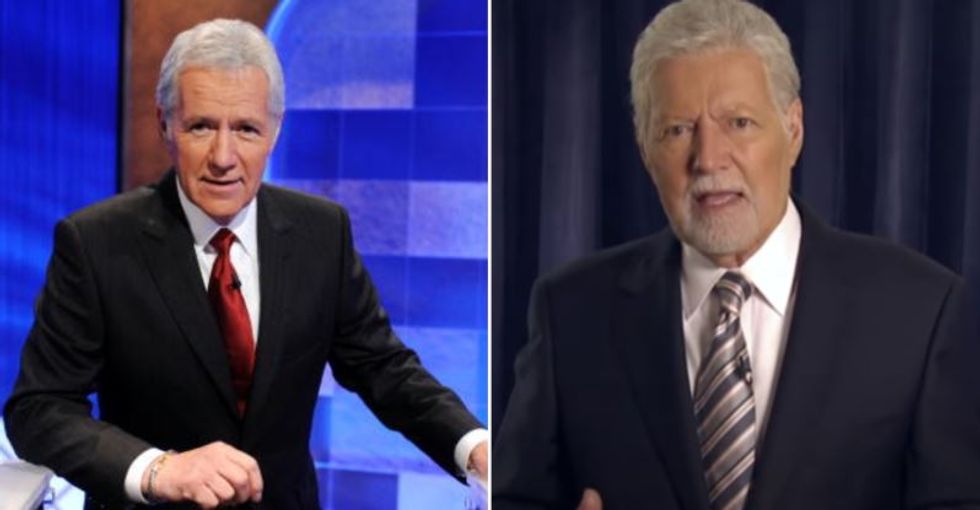 Now Trebek has made his darkest statement yet.

“I’ve lived a good life, a full life, and I’m nearing the end of that life … if it happens, why should I be afraid?"

Trebek's wife recently spoke out about her husband.

,Trebek himself has opened up about his gruelling cancer treatment in the past.

And he admitted he really struggled.

In fact, at one point he revealed that he "almost gave up."

Alex says he had extreme periods of depression during his treatments "that made me wonder if it was really worth fighting on," TMZ reports.

But then Trebek hit a major milestone...

The 1-year survival rate for stage 4 pancreatic cancer is only eighteen percent, but Alex has crossed the 1-year mark.

But now Trebek has made some tragic claims.

In a recent interview, Trebek explained how if his latest round of chemotherapy isn’t successful, he will stop treatment. Trebek added that he's really struggling with the side-effects of his cancer treatment. He said:

Yesterday morning my wife came to me and said, ‘How are you feeling?’ And I said, ‘I feel like I want to die.’ It was that bad.