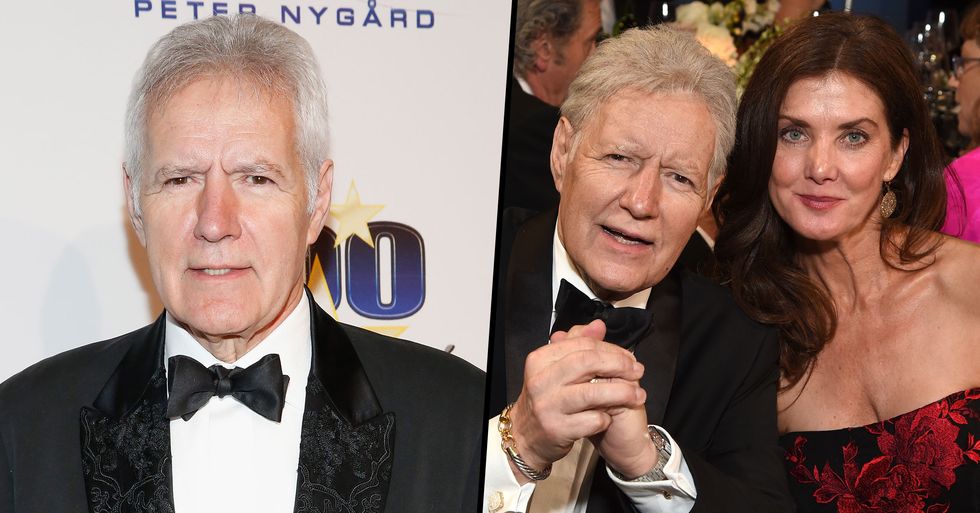 Over the past year, Jeopardy host, Alex Trebek, has been plagued with ongoing health issues.

But now he has spoken out on what kept him going throughout it all and it's pretty heartbreaking...

Alex Trebek has spoken out about what kept him strong and stable during this difficult time for him.

And it's probably one of the cutest responses we have ever seen, but it also highlighted how bad things are for him right now...

For those of you that don't know, Trebek has been hosting the popular show for over thirty years.

Alex took over for the second run of the show after producers decided to bring it back to life. The game show had originally aired in 1964, on NBC. It was created by host and media mogul, Merv Griffin. He even wrote the infamous theme song you hear when Jeopardy! contestants reach the final round.

Amid his health battle...

"When it came to his career, he was forced to consider the "what ifs."

He's letting fans know who he would like to step into his role on Jeopardy.

During a recent interview with Good Morning America, the infamous host revealed he would like his longtime friend Betty White to replace him on the show.

He thinks she would be perfect for the job...

"I have no say whatsoever in who will replace me when my days as the host of Jeopardy end. "But I joked with the audience and said Betty White, because they want somebody younger and somebody funnier."

"She checks all those boxes. Betty and I have been friends for a long, long time."

But there's another woman who has been his supporting rock throughout all of this.

His wife, Jean. Trebek recently explained how his wife was the one that kept him going, and even went onto say that he would not be here with us today if it wasn't for her.

He told People this:

"She's kept me alive. If it weren't for Jean, I'd have put myself out of this a long time ago." "Love has kept me alive," he added.

He also talked a lot about her in his new book The Answer Is...Reflections On My Life.

"There was one day a few weeks ago when Jeanie asked me in the morning, 'How do you feel?' And I said, 'I feel like I wanna die.' It was that bad. I apologize to her and explain that it has nothing to do with my love for her or my feelings for her."

He explained how he thought he was a burden...

"It just has to do with the fact that I feel like I'm a terrible burden to her, and that bothers me tremendously. "She's a saint. She has so much goodness in her that she is always giving out, always putting out to help me get over difficult moments. And there have been some difficult moments. I'm just in awe of the way she handles it."

You can't help but love them as a couple.

The pair have now been married thirty years. We just hope they get to spend a few more together. Keep scrolling for more Trebek-related news and in particular, what's going to happen to his show...