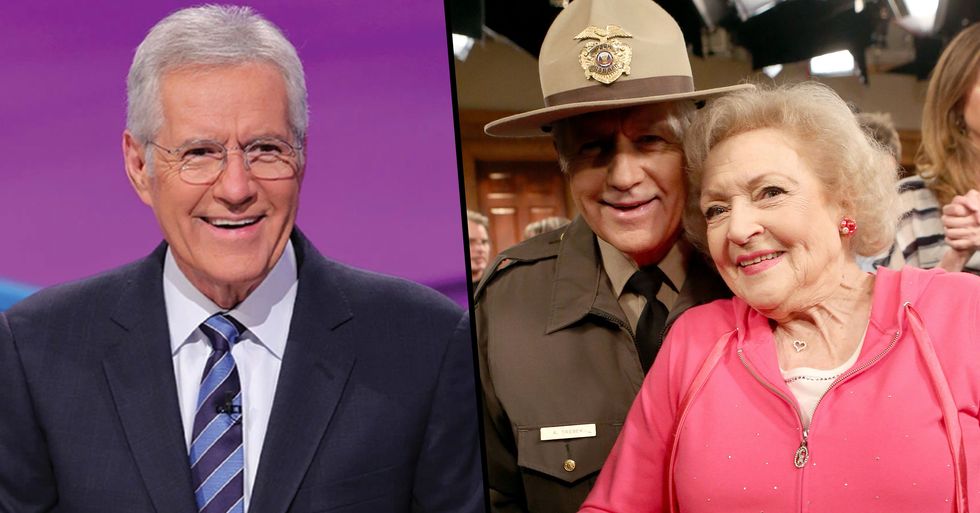 Alex Trebek Wants Betty White to Replace Him on 'Jeopardy'

Over the past year, Jeopardy host, Alex Trebek, has been plagued with ongoing health issues, and now he has spoken out about who he wants to replace him on the show.

In a new interview, he gave fans the low down on why he thinks this celebrity would be perfect for the job...

Trebek has been hosting the popular show for over thirty years.

Alex took over for the second run of the show after producers decided to bring it back to life. The game show had originally aired in 1964, on NBC. It was created by host and media mogul, Merv Griffin. He even wrote the infamous theme song you hear when Jeopardy! contestants reach the final round.

Amid his health battle...

"When it came to his career, he was forced to consider the "what ifs."

Now, he's letting fans know who he would like to step into his role on Jeopardy.

During a recent interview with Good Morning America, the infamous host revealed he would like his longtime friend Betty White to replace him on the show.

He thinks she would be perfect for the job...

"I have no say whatsoever in who will replace me when my days as the host of Jeopardy end. "But I joked with the audience and said Betty White, because they want somebody younger and somebody funnier."

"She checks all those boxes. Betty and I have been friends for a long, long time."

But, he went on to say that he would only leave the show if he physically couldn't host anymore...

In fact, he joked they'd have to take him "crawling away."

So, it looks like he won't be leaving the show any time soon...

Something we're sure fans are very happy about.

Watch the full interview below:

For more on Trebek, scroll on to find out about his exciting Jeopardy news...