All the Incredible Futuristic Technology Coming Out in 2020 | 22 Words 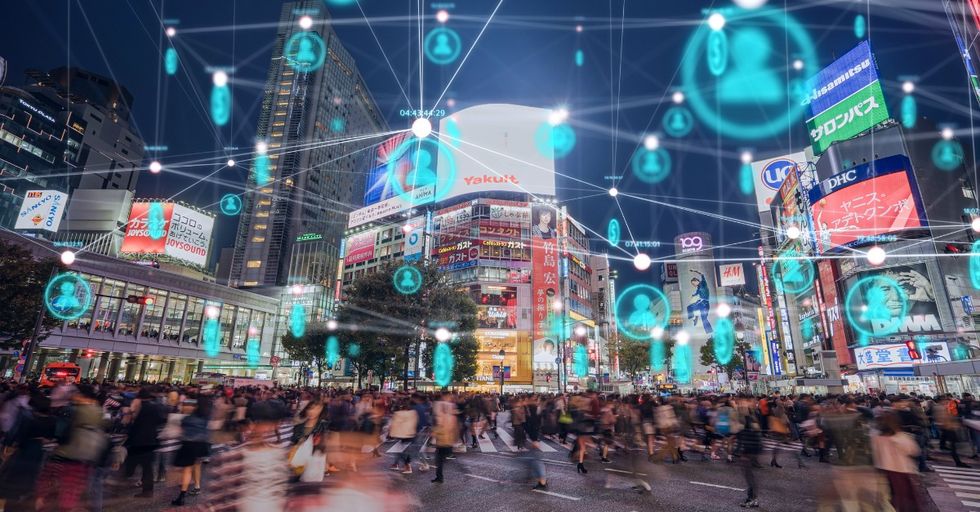 All the Incredible Futuristic Technology Coming Out in 2020

It's 2020, and let's be honest – we all expected to have jetpacks and teleportation devices by this point. But technology doesn't always progress the way we think it will, and instead of looking like the Jetsons, we've got some amazingly impressive technology that's going to drop this year...some of which you would never expect.

Do you want a peek into what's coming this year? Sure, some of it is easy enough to predict (5G everything), but there are some doozies in there.

Start saving now though because some of these babies are going to be pricey. Let's check out what's going to be hitting in 2020, from the super cool to the kind of wacky. Which one of these things would you want in your house? Drop your favorite in the comments.

The last few years have been all about smart homes.

So it's no surprise that one of the biggest things you'll want to look forward to in 2020 has to do with smart home technology. But it's not a new product: it's the fact that all the different manufacturers are starting to work together. That means all your products will be compatible, no matter who you buy from.

We just keep adding Gs, which is why tons of products in the upcoming year will include 5G support. Samsung is definitely including it in its new Galaxy devices, and we all expect it in the upcoming iPhones.

Oh, and speaking of new devices with 5G...

That technology is about to move into the world of PCs, which is a total game-changer.

In fact one of the areas that 5G might be making improvements is autonomous driving.

Since 5G reduces latency times, it could mean that if cars are equipped with it they can talk directly to each other. Plus, Tesla has promised that this year is the year, and they've started to hit some milestones (like cars that recognize traffic signals).

What might surprise you though is how much upcoming tech is related to earbuds.

“That whole area of improving our hearing and hearing the way other people hear us is really interesting," said Frank Gillett, a technology analyst for Forrester. This could mean everything from earbuds that monitor your health to earbuds that are inexpensive hearing aids.

And while some of the exciting advances in earbuds may not realistically come out this year...

They're still truly impressive. Nuraloops is set to release earbuds that are tailored specifically to your ears, giving each user a custom sound. Gareth Beavis of Tech Radar said, "In the case of the Nuraloops, while listening to them wasn’t as game-changing as hearing music in your ears for the first time, I’ve never felt so sure that I was getting close to the best-possible sound quality for my own ears."

Other wearable tech is about increasing the functionality of earbuds, not just the quality.

Zenbuds are designed to help you fall asleep in the best way possible: they'll play music, block other noises, and gently turn off when you fall asleep. Which they know by monitoring your heartbeat. Plus they can track your sleep position and wake you up in the morning. All that in an earbud? Impressive.

If you're not interested in staying still, there are other options available for you.

Mobvoi TicPods 2 are considered a smart wearable, not just because they have an assistant you can speak to but also because they respond to gestures.

Other headphones are less about clever tricks and more about improving core functions.

We have solid noise-blocking headphones already. But what we don't have are headphones that let you choose which noises to block, so you can hear the person who wants to ask you a question but not all the background noise in the office. Olive Smart Ear is set to release headphones with these features, especially to help those with hearing loss.

But enough about hearing. What about seeing?

Sure, we've already got plenty of streaming platforms. But one thing we can certainly expect in the upcoming year is more. More content, more platforms, more ways to customize what you're viewing. The New York Times says "If you don’t like The Mandalorian, The Morning Show or Watchmen, you won’t change the channel. You will just switch to a different app."

And if you don't have time to watch Netflix all day, you may in the future because AI is going to be more common, making your life easier.

You may not know that AI is already a technology that many businesses use. It helps customize user experiences and create more efficiency in workflow.

But in the upcoming years, this technology will become more accessible and more widespread.

"During 2020, we will see wider adoption and a growing pool of providers that are likely to start offering more tailored applications and services for specific or specialized tasks," said Bernard Marr of Forbes. AI is going to be used by more and more businesses, so get ready to see it everywhere.

In addition to all the fun and cool technology coming our way in 2020, there's also some incredibly practical things.

One of the areas that's set to see massive growth in 2020 is personalized medicine. If you're not familiar, that's the idea of using data about your specific body to make sure that you're getting the best treatments for you.

And with the help of all the new wearables on the market it's about to get even better. Add in AI advances, and you'll be blown away by what we can accomplish.

"Although not a new idea, thanks to recent breakthroughs in technology, especially in the fields of genomics and AI, it is giving us a greater understanding of how different people’s bodies are better or worse equipped to fight off specific diseases, as well as how they are likely to react to different types of medication or treatment," said Marr. This means better outcomes for everyone.

Some of the technology updates we'll see are things that work behind the scenes to give you features you didn't know you wanted.

One of these is computer vision, which is the technology that lets computers "see." This is what your phone uses when it identifies a face in a picture. It's about to get a whole lot bigger, with uses in autonomous driving cars, quality control, security cameras, and face recognition.

Speaking of sight, there's a lot of ways that technology is changing the way we see the world.

We've already seen examples of augmented reality, in which technology shows us digital overlays of the world (like Snapchat filters or Pokemon Go).

Then there's Virtual Reality, which is its own category.

That's when you immerse yourself entirely in a digital world, and that technology has been exploding in recent years.

And then there's the combination of both, mixed reality.

Imagine you've got a headset on and you can put an object in the world and interact with it: that's mixed reality. It's still pretty mind-blowing let's be honest.

Okay, so why are we breaking down all these different kinds of reality?

They all fall under the umbrella of extended reality, which is one of the areas you can expect serious improvements in 2020. Instead of being cool gimmicks, they're more likely to be used by businesses for training, customer service, and more.

Here's the honest truth: I do not understand blockchain.

Marr describes it as "essentially a digital ledger used to record transactions but secured due to its encrypted and decentralized nature." For us non-tech wizards, this still isn't entirely clear, but the technology has some powerful uses in finance that are likely to be showing in 2020.

If blockchain is incredibly esoteric, then our next technology is pretty accessible.

Other TVs are trying to improve the viewing experience beyond resolution.

Like this TV that senses the ambient light and automatically adjusts the screen brightness to compensate. It sounds amazing.

We're using our TVs for more and more things these days.

Including streaming all kinds of things that were never laid out to fit a horizontal TV screen. So TVs that can rotate between horizontal and vertical are on the horizon and they look SO cool.

Alright, let's talk about something we all thought would be part of the future:

Robots. We all want them, and yet the closest most of us have is a Roomba.

These are the robots we've been waiting for.

Home robots that will bring you toilet paper if you run out, or perform basic kitchen tasks. This is the future I was promised.

Technology is also working to keep you safer and more secure.

There's a new smart-lock that connects directly to your Wi-Fi. All you have to do is pair it with an app and it's ready to go. Nice.

Other home improvement is coming in the lighting department.

Nanoleaf has been offering wall-panel lights for a while now, but they've added hexagons to their arsenal and I have to say it looks truly delightful.

If you're finding that all of this tech is making you worried about your screentime...

You're also covered there. The Umay Rest is a device that goes over your eyes and "counteracts screentime." Weird.

And if that sounds too weird, at least you can make sure you're not too stressed about keeping up with all of it.

Because a wearable blood pressure device is going to hit the market this year.

What are you looking forward to most?

We may not quite have reached the stage of jetpacks and flying cars, but there's some exciting stuff coming our way in 2020.