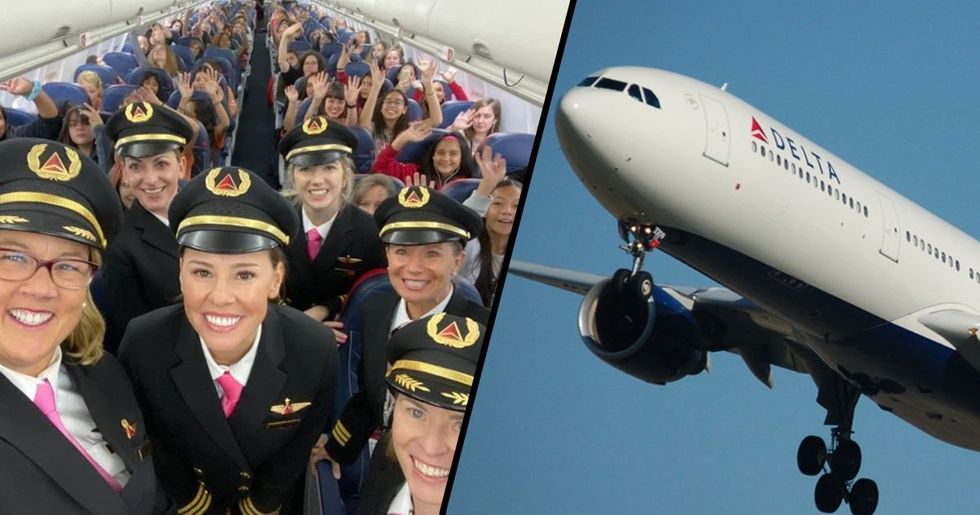 It's no secret that the world of aviation is strongly dominated by a male presence.

Of course, there are many female pilots and engineers out there, but these women hold a small percentage and it isn't growing very fast at all.

Young girls shouldn't be put off by this statistic if they want to pursue a future in aviation, and one of our most popular airlines has put together an initiative to ensure that girls know that they can live out their dreams of working in aviation by flying them out on an exclusive trip to NASA.

The world of aviation well and truly kicked off in 1905.

This was when the first-ever aircraft successfully took flight by the Wright brothers, 2 American aviation pioneers who would come to go down in history.

Aviation has come in leaps and bounds since.

The work of the Wright brothers inspired an entire generation of flying-machine experimenters in Europe and America, with more and more pioneers coming forward with constantly developing ideas for a mobile and functioning aircraft.

Airplanes are now used all over the world...

And they are one of the safest and most common methods of transport!

Whether that's working as cabin crew on passenger airlines, piloting planes, working in air traffic control, working in the American Air Force or NASA, or being an aircraft engineer, a career in aviation is certainly a promising one.

But there's a noticeable pattern in this industry...

The majority of people working high up in aviation, such as engineers and pilots, are male.

There is a clear issue with pilot gender equality...

According to the CAPA Center for Aviation, data for the US and the UK found that only 4 percent of airline pilots are women.

However, according to the International Society of Women Airline Pilots, the big 3 US airlines have the highest number of female pilots and the Indian LCC IndiGo has the highest proportion. But consistent global data on female pilots does not exist.

The number of female pilots is growing, but very slowly ...

Leading British airline, British Airways, published research to the Telegraph looking into why women don't come forward in pursuing a career as a pilot, and it was found a fifth of the women spoken to thought that "women could only be cabin crew," and another fifth said that they were "discouraged as they had never seen a female pilot on TV."

One in 10 women believes that being a pilot is "a man's job."

Melissa Holland-Smith, a senior first officer and pilot at British Airways, who got her wings in 2001, said the stereotype of male-only pilots needs to be broken down if more women are going to enter the profession.

A lot of young girls don't realize that being a pilot is a career option...

“I try to get out to the flight deck as much as I can and meet and greet the passengers or try to say goodbye to the passengers on arrival, and I still get a lot of people who are really surprised at having a female pilot," she said in an interview with the Telegraph. “I go to a lot of schools and sixth forms to talk to pupils about becoming a pilot and I receive a lot of positive response, but a lot of girls didn’t realize that it was an option, that women could fly planes, which is unbelievable in this day and age."

The media is dominated by male pilots...

"Perhaps girls don’t consider a career as a pilot because they don’t see women in the media as pilots, they’re generally played by men. We need to break down that stereotype," she went on to say.

One airline has decided to do something about this.

Delta Airlines flew 120 young girls aged between twelve and eighteen from Salt Lake City, Utah, all the way to NASA in Houston last week as part of an initiative to close the gender gap in aviation.

The flight was planned and orchestrated entirely by women.

This includes the pilots flying the plane, ramp agents working on the ground, gate agents boarding the flight and female traffic control guiding the flight on its departure.

This is the fifth annual WING flight...

Delta's WING Flight originated in 2015 as an effort to diversify a male-dominated industry and expose girls to STEM (Science, Technology, Engineering, and Math) careers at a young age, and this year's anniversary makes over 600 female students who have taken to the skies with Delta through the program.

Delta stresses the importance of equality...

"We know representation matters. At Delta, we believe you have to see it to be it," said Beth Poole, General Manager of Pilot Development, who helped start Delta's WING Flight in 2015 and has helped plan the flight ever since.

They want to create a brand new generation of female pilots and engineers.

"We're taking ownership to improve gender diversity by exposing girls at a young age and providing a pipeline so that 10 years from now, they will be the pilots in the Delta cockpit inspiring generations of women who follow," she continued to say.

The girls had the trip of a lifetime...

On the ground in Houston, the girls experienced the worlds of flight and human space exploration. They toured NASA's Mission Control Center, Building 9, Johnson Space Center and Space Center Houston. Throughout the trip, students got to know mentors from other male-dominated aviation workgroups, including a female technician from Delta's Technical Operations team. They also had lunch with Jeanette Epps, NASA astronaut, and aerospace engineer.

The girls have realized their potential...

"I never would have thought I would have had this experience. I'm really grateful for my parents who have made this possible and inspired my love of aviation," said Karyanna, an 11th grader at Jordan Technical Institute. "It's such an exciting time to be in STEM. There's so much left for us to discover."

Delta wants to encourage this message across the entire country.

Young girls can achieve anything if they put their minds to it...

"It didn't seem realistic to go after a career in aviation, but today I realized, 'Hey, I can do this too,'" said Katelyn J, a 12th grader from Advanced Learning Center. Delta's WING flights are making girls realize their potentials, and that anything is possible if they work hard enough for it.