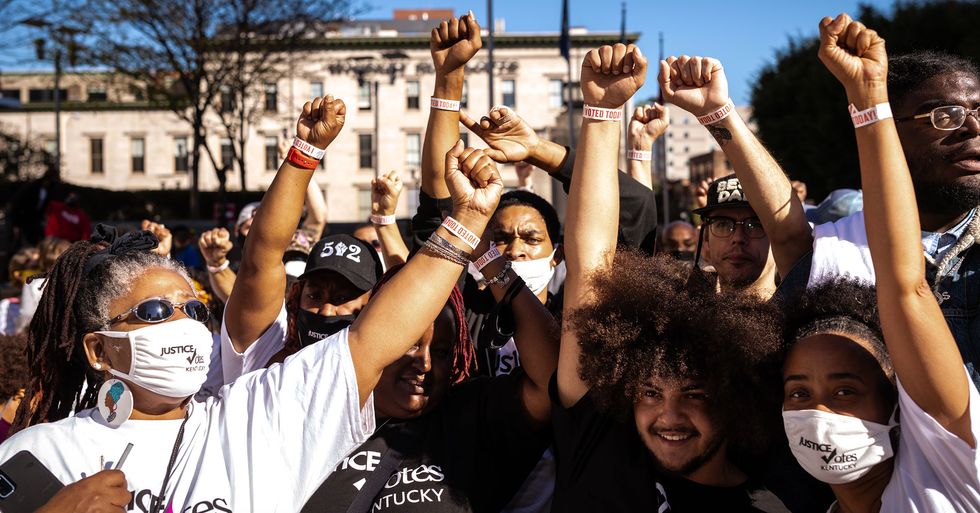 Almost 12 Million Americans Have Already Voted in the Presidential Election

According to some recent data by the US Elections Project, 12 million Americans have already had their say in this year's elections. But delving in a little deeper, the data also revealed some other very important information...

As the all-important Presidential elections loom above us...

Every single day seems to be a struggle to get through.

Especially for the candidates, who seem to have taken a "playground insult" approach to disarm their opponent.

Yeah, it's getting pretty strange out here.

But despite everything, millions of Americans still have faith in one of the parties.

12 million of them have already cast their vote for their next President according to some recent data released by US Elections Project.

But who really knows what's going to happen in twenty days?

The responsibility of picking the correct leader is a tough one and with passionate opinions on both candidates, it's looking likely that this will be one tough battle. Let's just hope both men make it to November 3rd.

Because in all the drama, you might have forgotten that President Trump's COVID diagnosis was announced on October 2nd.

But on the other hand, lots of angry and spiteful messages have been thrown at the pair following their diagnosis too.

Of course, if the president is still unwell...

He won't be able to take part in his campaign properly and bless his fans at rallies, not that they would care about getting infected anyway. And not to mention the highly anticipated second round of debates.

It was scheduled to take place tomorrow.

But it has been oficially canceled.

And it's probably for the best...

But the sudden removal of the event has not had a dramatic impact on the voting rates because, so far, 12 million Americans have already had their say.

This is according to recent data released by the US Elections Project, who have delved deeper into the statistics.

The results include both ballots cast in-person and absentee or mail-in ballots returned to local elections offices.

With 20 days to go, there is still a lot of time for other Americans to head down to their local polling station and vote.

But some states are already making a dramatic impact.

In Vermont, a total of 95,885 have voted so far, and this already counts for 30% of the overall turnout back in 2016, when Donald Trump took on Democratic nominee, Hillary Clinton.

And in Wisconsin, Virginia, and South Dakota, the figure is at approximately 25%.

And if we're talking about record-breaking statistics, then Georgia is in the lead with 128,590 ballots cast on the first day of early voting - a whopping 40% increase from rates in 2016.

So it's no wonder that waiting times in some areas have been upgraded to 3 hours.

In Georgia, Kentucky, and Texas, Americans experienced long lines and exhausting waiting times as the offices did not expect the sudden rush.

Experts put it all down to one reason...

They said high voter enthusiasm may be a cause. Let's just hope every single other American that is eligible to vote, also has their say this November. Keep scrolling for more news on the current President of the United States to see why he might not make it back into office in 2020...