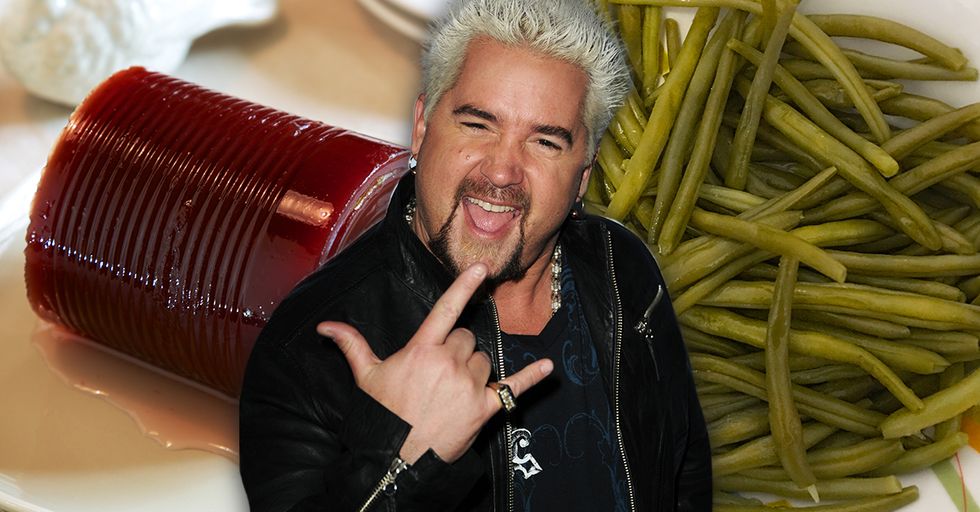 Ah, Thanksgiving... the family holiday that's not Christmas, but gives us enough feasting so that we can hold out until we're able to deck the halls and tralalala all the way back to our families – wherever in the country they may be.

Thanksgiving is a time of feasting, togetherness, and inevitably some arguments.

You know exactly the kinds of arguments we're talking about...

This aunt's casserole is tastes like cardboard, that uncle added waay more rum than was necessary to the cider, and – (the most horrific food sin of all) – the turkey is too dry. What, did you think we were going to mention other inflammatory topics?

Then there are the specific foods.

Was it turkey, you ask?

Well, while a poorly-prepared bird can be so dry and overdone it sticks to your throat like a piece of chalk, the humble turkey wasn't the dish that raised the chef's ire.

How about potato salad?

Let's be honest, here. Potato salad is literally one of the worst things on earth if you buy it from the store. It's usually cold and has a weird chemical aftertaste that tastes like nastiness and funk. Surprisingly, potato salad wasn't on the chef's list.

We don't even know where to start with this one... Have you ever eaten an excellent stuffing? Well, have you? Exactly. Strangely, it wasn't on the list either.

Seriously, have you ever actually seen people EAT cranberry sauce? And what exactly is it – a sauce? A dressing? A poorly-concieved, ill-planned out dessert? Who knows, but while the chefs weren't hating on cranberry sauce, they did have one definite most-hated...

That's right, the chefs definitely weren't fans of this ambivalent meal pick, which doesn't seem to be sure whether it's a side dish or dessert.

In fact, celeb chef Guy Fieri, the ubiquitous Food Network host had some biting words for the dish.

"There’s nothing I like about it at all,"  he said . "I don’t know where it came from." Well actually, Time reports that "the concept of sweetening sweet potatoes dates back to at least the late 1700s... A recipe for “potato pudding" in American Cookery, one of the first cookbooks published in the U.S. in 1796, calls for mashed sweet potatoes, milk, nutmeg and egg whites, similar to the ingredients that go into modern sweet potato casseroles."

So it's an American staple – a pure piece of Americana.

But April Bloomfield, chef at the Spotted Pig in New York, is not impressed. "It’s adding sweet on top of sweet," she said. "There are so many other satisfying ways to prepare them. I prefer the more natural sweetness of the sweet potatoes with a touch of acidity to balance it out."

Surely other chefs at least had some good things to say about it?

"There’s no texture, no balance — just sweet on sweet and soft on soft. The premise of the dish frustrates me," Michael Symon, host of ABC’s The Chew, said, and Mashama Bailey, chef at The Grey in Savannah, Ga, agreed. "I’m just over it. It’s just the least interesting and probably the least satisfying dish on the table." There you have it. Sweet potato topped with marshmallow – trash!