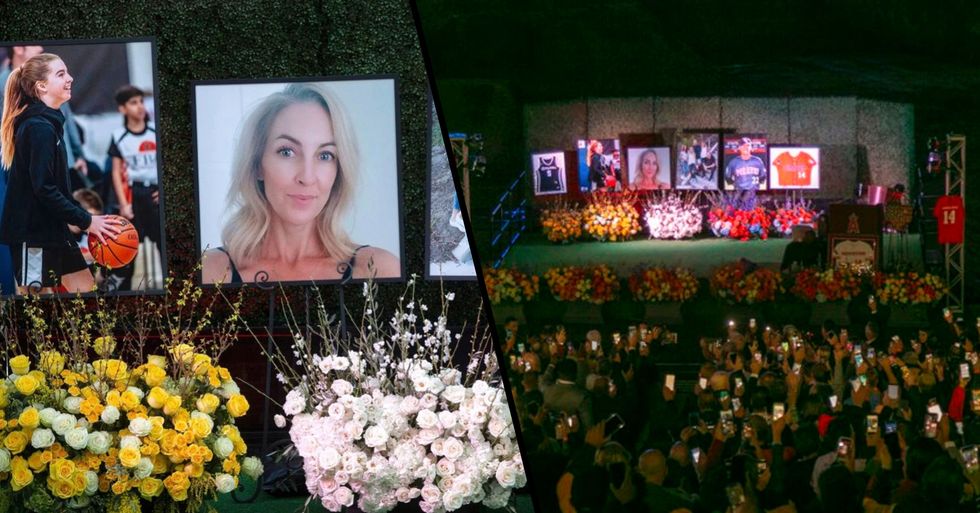 All 9 victims of the tragic crash have been named and now the Altobelli family have had their memorial service 2 weeks after the initial crash.

Keep reading for all the details.

But two weeks ago, the world woke to tragic news.

Christina Mauser, a basketball coach at Gianna's school, was also on board.

Her husband wrote on Facebook: "My kids and I are devastated," he wrote. "We lost our beautiful wife and mom today in a helicopter crash. Please respect our privacy. Thank you for all the well wishes they mean so much."

The last of the victims was Gianna's fellow teammate and her dad.

And two weeks on hundreds of people gathered to remember John, Keri, and Alyssa Altobelli.

On Monday, the Angel Stadium in California saw a crowd of people gather as they remembered the family that died in the tragedy.

The community decided they would come together to celebrate their lives.

The surviving members of the family, John’s son and Keri’s stepson, JJ Altobelli, and the couple’s eldest daughter, Alexis Altobelli, were thankful that everyone had come together to support them through this difficult time.

Fifteen people spoke at the service.

The two-hour service saw family friends, coaches, and teammates give some emotional speeches about the family they loved so much. The entire stadium was decorated with flowers and photos in honor of them.

When JJ, his fiancee, and Alexis got up to say a few words, everyone couldn't help but shed a tear.

“On behalf of me, Lexi, Carly, I can’t thank everyone here enough," the Boston Red Sox scout said to the mourners in attendance. “The amount of love and support we’ve received these past few weeks has been truly amazing. Each text, call, donation or act of kindness has not gone unnoticed. It really shows the impact my dad, K and Alyssa had on everyone here."

And it just really proves how short life is. We hope everyone affected by the news finds peace. RIP to all the victims.
20%