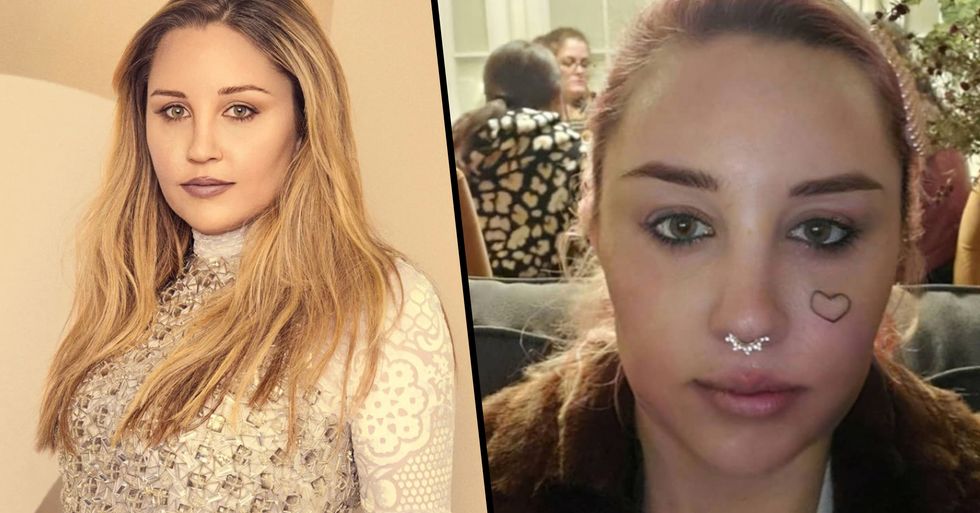 But now Bynes is worrying fans once more with a controversial new facial tattoo, which many think may be the first signs of a relapse into her wild ways.

Because Bynes has posted a rather worrying selfie.

And some are concerned that it's representative of the current state of her mental health.

Bynes is no stranger to ink.

But her latest tattoo has fans feeling concerned for the troubled star.

Well, because of its placement - right in the center of her cheek. Facial tatts have been getting more and more popular in recent years, but this one seems particularly extreme.

And fans are feeling nervous.

Could this tatt be representative of a new decline in Amanda's mental health?

Many are sending well wishes.

Getting a huge and poorly done facial tattoo is hardly representative of things going well, right?

Although some have made this point.

There's a good chance that the tattoo might not actually be real. We have our fingers crossed!

What do you think - real, or fake? Want to learn more about how Amanda Bynes launched Channing Tatum's career? Scroll on for the full story.