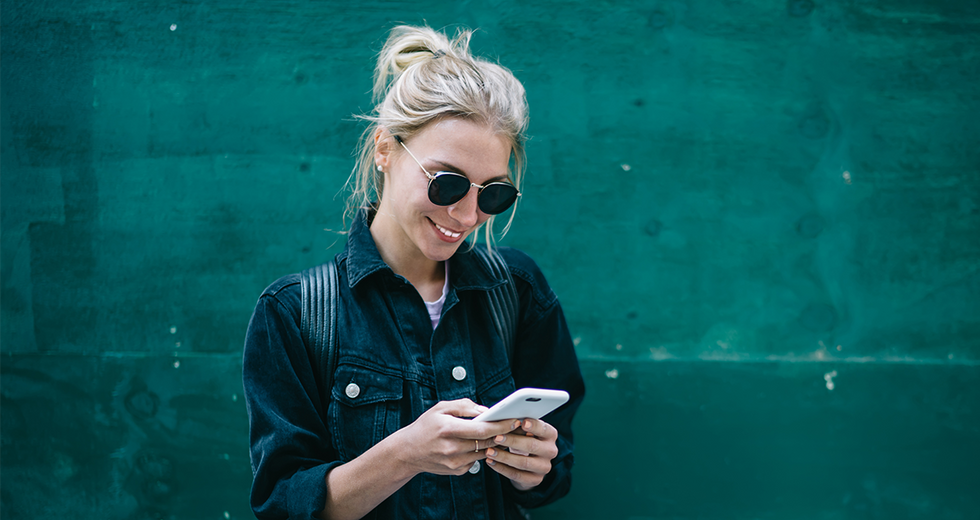 Just Some Amazing Photos From Around the Internet

The internet is a treasure trove of information — anything you could ever possibly want to know is just one simple Google search away. But mostly, you're just looking for something you kind of know but can't quite remember — for instance, I just had to Google "that sitcom where the family had a butler" because I could not remember its name.

But obviously I'd seen that show before, so when I found out it was called Mr. Belvadiere, I was pretty far from amazed.

And that's a limit of the internet — we can only search for information we sort of already know. It's hard to search for "cool something that will make me feel alive." But don't worry about it, because we got you. These are some of the very best photos from Reddit's Be Amazed subreddit. Get ready, because your mind is about to be blown.

The first last-ditch effort I've ever seen that actually involves creating a ditch.

Farmer creating a buffer around his land as a wildfire closes in. - to_the_tenth_power

Adorable Transformers cosplay. They are so cute and spot on! - Botatitsbest

Look at that determination.

It's like pressing Cmmd+I in Photoshop on a picture of an Earth sunset.

The Mars Rover was able to capture a picture of the Mars sunset, which prompted Redditor the_icon32 to write: I've always loved that the Martian sunset is blue despite the planet being red, while our own blue planet has a red sunset. Kind of poetic.

My drawing from 2 years ago and now. - vrtman

Seal who was being chased by a pod of orcas hops onto a family's boat to save his own life. - commonvanilla

This amazing drawing of Eminem done on "My name is" stickers (clever!) was done by artist Sara Sandoval.

Cotton Candy lobster - 1 in 100million catch! Donated to the Huntsman Marine Science Center. He’ll be safe and sound at the Huntsman, where he’ll live out the rest of his life. - Teerendog

Is this forest haunted? Or is that just what they do?

Each year the city of Warsaw comes to a complete standstill for a single minute on August 1st to honor all those who fought for freedom during the Warsaw Uprising in 1944. - to_the_tenth_power

Hopefully, this professor is true to their word.

Professor said make it and there will be no final exam. - tanzaniteflame

Finally, you can play Nintendo Switch while driving.

It was under there the whole time?!

Cutting through clay with a wire to reveal art. -

We need him on The Avengers.

The speed of this little crab. - sirmakoto

This guy's a straight shooter.

When wrestling is a lifetime skill. - Ghost_Animator

It's like the rain saved up all its energy for one concentrated attack.

Rain cloud near the beach. - downvoteforwhy

Imagine going back into dangerous situations after surviving the Titanic.

The second officer on the Titanic stayed onboard until the end, and got trapped underwater until a boiler explosion blew him free. He survived by clinging to a capsized raft. Later, he volunteered in World War II and helped evacuate over 120 men from Dunkirk. - Master1718

I'm so glad the husky's okay!

The guy picked up the exhausted dog, and he turned out to be a wonderful husky. - GraveBreath

This college pamphlet is infinite. - commonvanilla

We should all apologize for upsetting the great Sand Lincoln.

This might be off topic, but I always thought it'd be more fun to get one giant buffalo wing than eight regular-sized ones. Only one bone to deal with, you know?

I've had a couple waters running around in my basement for weeks.

I want that in my living room, as a conversation piece.

A chunk of quartz found in Arkansas worth $4 million. - [account deleted]

This honestly hurts my brain.

Valonia ventricosa, the largest single-celled organism on earth. Yep, this is a single living cell. - TheGuyWhoTalks

And this hurts my heart (because it's achingly beautiful).

This might be the most beautiful timelapse I've ever seen. - listentobellion

A man feeding swans in the snow. - BarryObrien19

I've said it before and I'll say it again: we must stop letting our dogs read Sun Tzu's "The Art of War."