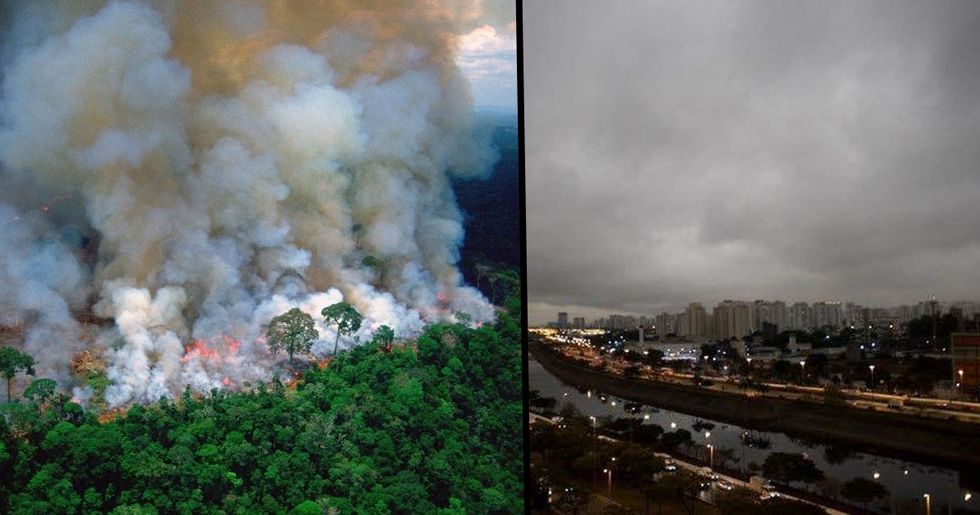 For the past three weeks, one of the biggest natural resources that our dying planet has left has been slowly being decimated by flame - and much of the media haven't even reported on it. The Amazon Rainforest, located primarily in Brazil in South America, is one of the largest areas of biodiversity. Not only that, but the sheer amount of plant life there has led to it gaining the nickname "the lungs of the world."

But for the past twenty days, this stunning (and essential) part of the world has been under siege by a truly enormous and destructive forest fire. Now new photos show the extent of the disaster.

For many days at this point, the Amazon Rainforest has been rampaged by an enormous and terrifying forest fire. As of yet, the causes are unknown - but it's frightening that such a humid area has managed to burn for quite so long.

For some reason, this fire hasn't attracted many headlines.

The news has started to gain traction.

But there's a more immediate worry.

Many now believe that Sao Paolo and other major cities in Brazil and South America are essentially uninhabitable. We can't imagine that breathing in that dark, smoky air is in any way healthy.

Locals have shared other frightening images.

And, now, NASA has shared yet more horrifying images.

There seems to be little coming back from this.

It took literally millions of years for the Amazon to evolve into the naturally biodiverse area that it is - and it's gone from that to a complete wasteland in a matter of days.

And this isn't the only crisis that we're facing.

But as our planet falls apart and the powers that be continue to ignore it, it starts to feel more and more hopeless. Massive systemic change needs to happen - and soon - if we want life on Earth to continue. We can spread the word about what's happening in the Amazon Rainforest right now, but, other than that, it's hard not to feel a little helpless. But we've compiled a list of fifty very little things that you can do to help to save the Earth - keep reading for some inspiration. Every little helps!