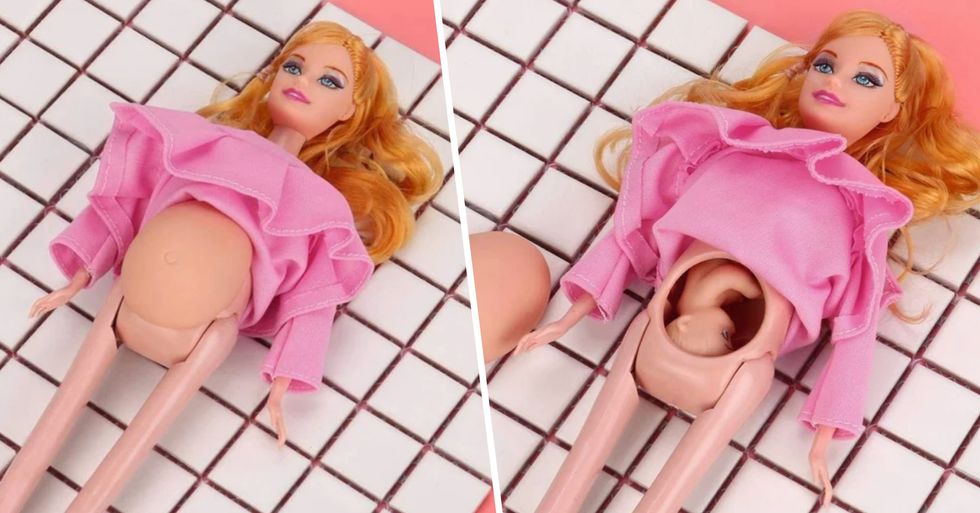 Despite being the most successful fashion doll in the world, our friend Barbie has long had an issue with diversity. The blonde-haired, blue-eyed look has been way overdone, and people have been calling for a more diverse range in dolls for years now.

But, in more recent times, the doll has had a diverse makeover, and there are now hundreds of varieties of the doll, all of which represent different types of men, women, and disabilities.

But now, moms are furious with the new pregnant barbies... Keep scrolling to find out more...

Barbie has a long, yet somewhat problematic history.

Queue the birth of Barbie.

And, as most of you will know, she was an instant hit.

People have been calling to see a more diverse Barbie...

And amazingly, Barbie is now available in a range of different ethnicities...

With a range of different, yet realistic, body shapes that represent all types of women.

The doll even caters to a variety of different religions...

And, last year, the first Barbie doll featuring a disability was unveiled...

Barbie has inspired many other toy companies to include a wider range of diversity...

But one doll manufacturer has come under fire for their most recent release.

The Dinglong Doll has released a pregnant Barbie-style doll...

Amazon have titled it, "Dinglong Real Pregnant Doll Suit Mom Doll and Dress - Have A Baby In Her Tummy For Barbie," and it is pretty much what it says on the label... a pregnant Barbie doll.

The doll comes wearing either a blue or pink dress...

The description reads, "This new & cute pregnant doll, with real pregnant body and wearing dress, carries a newborn baby in her tummy."

The doll comes equipped with a removable pregnant stomach...

"This handmade outfit is skillfully designed. Our doll clothes provide years of wear and play, without having to worry! We guarantee your doll will always look her best!" the description goes on to say.

This stomach can be removed to see a (slightly creepy) little baby...

"Appeared well made and quite cute... Suitable for parents to do some parenting practice and helpful for children to develop a good habit of self-reliance," the website says. Okay then...

Of course, this description is a little bit weird...

And the fact that the doll only retails for $4 also rings alarm bells.

Parents are not impressed by the doll...

Writing on Facebook, one mom said, "Think this is so wrong. Why do little girls need to know about reproduction, let kids be kids!" Another wrote, "I can understand maybe getting this for your child if you were pregnant and trying to explain to your child, but other than that, no just nooo!"

But the reviews say otherwise...

"My 4-year-old granddaughter is baby and pregnancy daft at the moment and she saw this dolly somewhere so asked me to get it for her. As usual, Amazon came up trumps!" said one happy shopper.

"She absolutely loves this dolly and has great fun with it, it’s actually quite well made for the price of it – the tummy comes off and there’s a [little] baby inside," another happy mom said.

It seems that there's a slightly mixed opinion...

But for $4... you can't really go wrong, can you! Keep scrolling to learn about more controversial dolls.